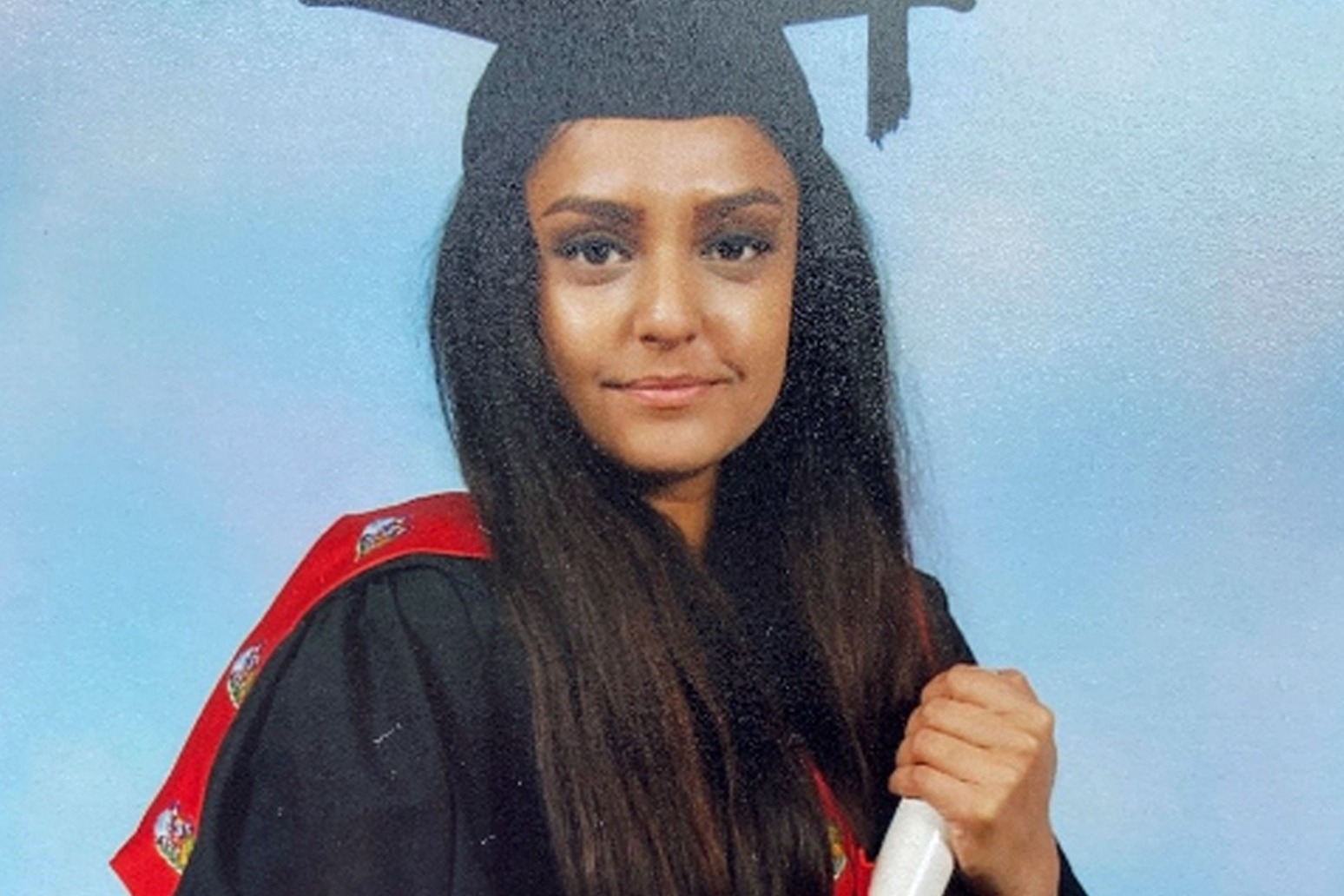 A sex predator was branded a “coward” by the family of Sabina Nessa when he refused to come to court to be sentenced for her murder.

Koci Selamaj, 36, drove to London from his home in Eastbourne on the south coast to carry out a premeditated attack on a woman after being spurned by his estranged wife.

The garage worker lurked around Cator Park in Kidbrooke, south-east London, where he targeted 28-year-old Ms Nessa as she passed through on her way to meet a friend on September 17 last year.

CCTV footage captured the moment Selamaj attacked Ms Nessa by striking her over the head 34 times with a 2ft-long metal traffic triangle, before carrying her unconscious up a grassy bank.

He pulled up her clothes, removed her tights and underwear, and strangled her before covering her body in grass.

The body of Ms Nessa, who taught a year one class at Rushey Green Primary School in Catford, was found nearly 24 hours later near a community centre in the park.

Selamaj, from Eastbourne, East Sussex, was arrested in the seaside town and charged over her death days later.

In February, the Albanian national pleaded guilty to murder.

On Thursday he was branded a “coward” by Ms Nessa’s sister when he refused to come to court to be sentenced.

Jabina Islam said: “You are an awful human being and do not deserve your name to be said.

“You are a disgusting animal.”

She said her sister was an “amazing role model” who was “powerful, fearless, bright and just an amazing soul”.

Ms Nessa’s parents Abdur Rouf and Azibun Nessa said in a statement: “You had no right to take her away from us in such a cruel way.

“The moment the police officer came to our house and told her she was found dead our world shattered into pieces.

“How could you do such a thing to an innocent girl walking by, minding her own business.

“You are not a human being, you are an animal.”

On her class of 30 students, she said: “For the rest of their lives, these young children will never be able to comprehend why someone murdered their teacher and the world in which they live is not safe for them to play in a park.”

In mitigation, Lewis Power QC said Selamaj’s family who had attended court were in “shock and total disbelief”.

He said his client had provided no explanation for why he killed Ms Nessa, adding: “He simply accepts that he did it.”

Mr Justice Sweeney said the “inevitable” sentence would be life in prison, with a starting point of 30 years.

He adjourned the sentencing until 10am on Friday.

Earlier, prosecutor Alison Morgan QC said Selamaj had been violent towards his ex-partner in the past, including throttling her a number of times.

Three days before the attack on Ms Nessa, the defendant booked a room at the five-star Grand Hotel in Eastbourne, East Sussex, just five minutes from his home.

On September 17, he checked into the hotel and, two hours before the murder, contacted his former partner in a failed bid to persuade her to have sex with him.

The defendant’s Nissan Micra was tracked by ANPR cameras and cell site evidence travelling to London.

He used his bank card at Sainsbury’s to buy a rolling pin, chilli flakes and an energy drink.

He rejected the rolling pin as a weapon in favour of the traffic triangle, which he was to used to attack Ms Nessa.

He entered Cator Park shortly after 8pm and lay in wait for half-an-hour before Ms Nessa arrived en route to The Depot bar where she was due to meet a friend.

In grainy footage played in court, Selamaj was seen running up behind Ms Nessa and launching a ferocious attack with the 2ft long traffic triangle.

As he carried her up a grassy hill, they went out of shot for 20 minutes.

Before leaving the park, he picked up pieces of the warning triangle and used wet wipes to clean a park bench near to where he launched his initial attack.

En route back to the south coast, Selamaj stopped in Tunbridge Wells in Kent and dumped the warning triangle in the River Teise.

Police said Selamaj appeared to be “calm and collected” on his arrest.

On being cautioned through a translator, Selamaj said: “What will happen if I open up now and say everything?” 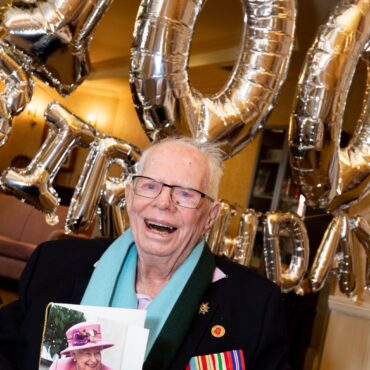 An Army veteran has shared his 100th birthday with members of the regiment he served during the Second World War. Bob King, who lives at the Foxland Grange care home in Wolverhampton, was a lieutenant with the Worcestershire Regiment for five years during the conflict. To mark his 100th birthday on March 30, staff at the Care UK home organised for Major Peter Lewis and Corporal Phillip Thornton of the […]