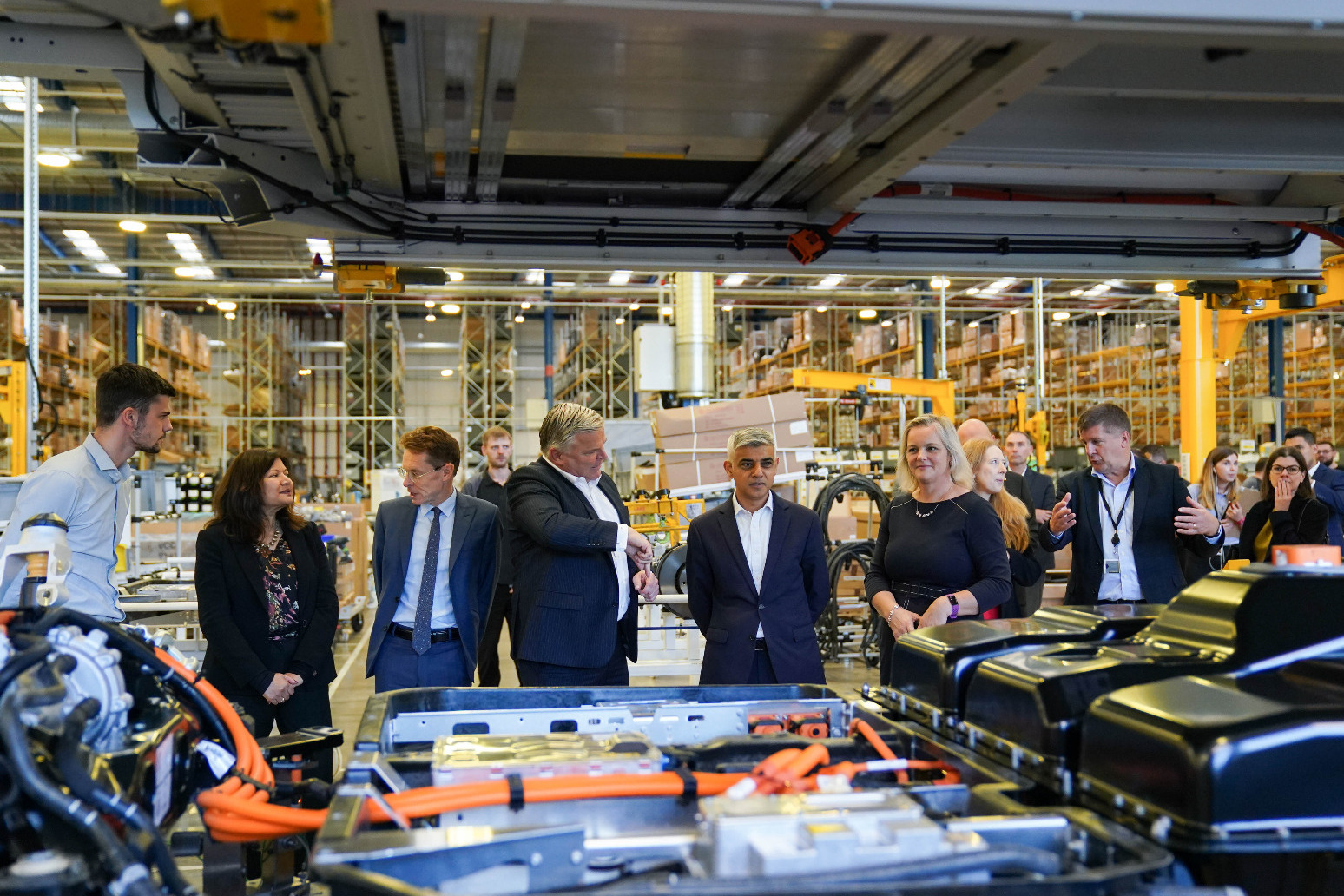 More than 4,400 electric black cabs developed by LEVC are on the streets of London

The Mayor of London has visited a factory in Coventry developing EV’s as he acknowledges how the capital relies on other areas of the country.

Sadiq Khan was joined by Mayor of the West Midlands Andy Street at the London Electric Vehicle Company (LEVC) factory.

Mr Khan has a target of decarbonising the transport network and achieving a zero-carbon London by 2030.

The visit to Coventry marks the start of Mr Khan’s 2030 Electric Vehicle (EV) Infrastructure Strategy, due to be published in full later this year.

It includes a commitment to unlocking land owned by the Greater London Authority Group and the boroughs for EV charging.

Mr Khan also visited the Ultra Low Emission Zone (ULEZ) control centre at Capita, just 10 days before the expansion of the ULEZ – a zone operating 24 hours a day, seven days a week, in which vehicles need to meet the strict emissions standards or their drivers must pay a daily charge to drive within the zone.

The ULEZ will be expanding up to, but not including, the North and South Circular Road, on October 25.

Mr Khan said: “I’m committed to building bridges between London and the rest of our country and showcasing how the capital can help the national recovery and the levelling up agenda.

“Together, Capita’s TfL contracts and the state-of-the-art London Electric Vehicle Company in Coventry employ 2,200 people in the West Midlands and North of England, showing clearly how London relies on the skills of other regions and that investment in our capital can help create quality green jobs across the country.

“Tackling the climate crisis and growing our economy across the UK is about regions working together and investing in new technologies.

“London is ready and willing to play its part in ensuring a strong and green national recovery from this terrible pandemic.”

Mr Street said: “Today’s visit by the Mayor of London shows how vital the West Midlands is to the wider UK economy, as well as how we’re a key player in the fight against climate change.

“Not only is the phenomenal Coventry-based LEVC helping both our region and the capital tackle the climate emergency with their state-of-the-art electric taxis, but just down the road we also have Capita using their West Midlands base to control London’s Ultra Low Emission Zone.

“The work these two companies are doing with London is testament to how levelling up the West Midlands will be critical to the UK’s future success.” 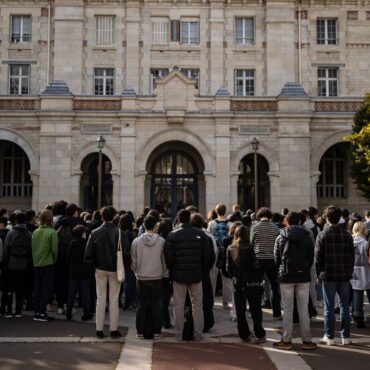 PARIS — Most schools throughout France observed a minute of silence on Friday in remembrance of Samuel Paty, a teacher whose attempt to illustrate free speech to his students led to his beheading a year ago by an Islamist fanatic.As a history teacher, Mr. Paty was responsible for teaching civics. To illustrate the right to blasphemy, free speech and freedom of conscience, he showed caricatures of the Prophet Muhammad, setting […]