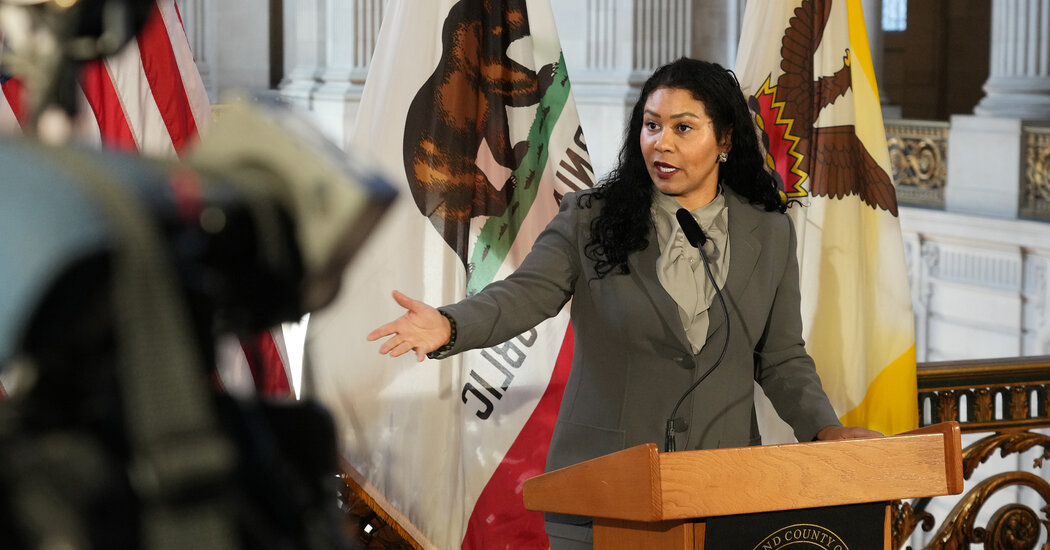 Elections to the San Francisco Board of Education are not normally national bellwethers. The city is a proud symbol of liberalism, not a swing district, and school-board elections — as Thomas Fuller, The Times’s San Francisco bureau chief, notes — “have for decades been obscure sideshows to the more high-profile political contests.”

But the recall election this week that ousted three board members wasn’t about only local politics. It also reflected a trend: Many Americans, even in liberal places, seem frustrated by what they consider a leftward lurch from parts of the Democratic Party and its allies. This frustration spans several issues, including education, crime and Covid-19.

Consider these election results from last year, all in politically blue places:

First, the school board had attempted to rename 44 schools, so that they no longer honored anybody deemed reactionary. Among the apparent reactionaries were Paul Revere, George Washington, Abraham Lincoln, Senator Dianne Feinstein and John Muir, the environmentalist.

Second, the board tried to scrap an admissions system, based on grades and test scores, for Lowell High School, which Mark Barabak of The Los Angeles Times calls “one of the city’s most sacred institutions.” A lottery would have replaced it.

Third, the board kept schools closed for months during the pandemic and showed little concern for the damage. One of the since-recalled board members waved away the ineffectiveness of remote classes, saying that children were “just having different learning experiences.”

To many parents, board members have seemed overly focused on projecting symbols of virtuousness while ignoring the needs of families. “We are not getting the basics right,” Siva Raj, a father who helped organize the recall effort, said.

Another recall organizer, Autumn Looijen, used an analogy to explain the anger. Covid was akin to an earthquake that forced people to move into tents on the sidewalk, she suggested. “Finally, your elected leaders show up and you’re like, ‘Thank God, here’s some help,’” Looijen told Politico. “And they say, ‘We are here to help. We’re going to change the street signs for you.’”

What’s striking about this situation is that the Republican Party is also out of step with public opinion on many of the same issues. Republicans have defended the Confederate flag, nominated candidates who make racist comments and launched an exaggerated campaign against critical race theory. Republicans have opposed popular measures to improve police accountability and gun regulations. Republicans have made false statements about Covid vaccines and claimed that masks are a tool of government oppression.

Rather than responding with positions that are both more liberal and more popular, some Democrats and progressive activists have responded by overreaching public opinion in the other direction.

They have opposed the resumption of normal operations in schools. They have said they would no longer honor popular former presidents, like Thomas Jefferson and Theodore Roosevelt. They have called for defunding the police.

They have also called for abolishing the agency that enforces immigration laws, eliminating private health insurance, maintaining the current system of affirmative action and forbidding almost all abortion restrictions.

On some of these issues, public opinion splits along racial lines, with Democrats taking the positions favored by voters of color and Republicans aligning with white voters. Many Democrats believe that it would be immoral to do otherwise, whatever the political price.

On other issues, though, the racial dynamics are messier. Many Asian and Latino voters oppose the current version of affirmative action, which helps explain why the changes to Lowell High School resonated in San Francisco. Many Black and Latino voters are to the right of Democratic politicians on abortion and crime.

Class seems to be at least as big a dividing line as race. College-educated Democrats — who dominate the ranks of politicians, campaign staffs and activist organizations — tend to be well to the left of working-class Democrats. By catering to its well-off base, the party creates electoral problems for itself, because there are more working-class Americans than college graduates.

You could see this dividing line in the New York mayor’s race. Adams won the Bronx, Brooklyn, Queens and Staten Island with a multiracial coalition, while losing affluent white neighborhoods. (Adams’s heterodox politics are common among Black Americans, the political scientist Christina Greer has written.)

You can also see the dividing line in San Francisco, where the city’s mayor, London Breed, who is Black, endorsed the recall. In an interview with Yahoo News this week, Breed said, “It breaks my heart that kids in our public school system still have to wear masks.”

Her comments are a reminder that many elected Democrats, including President Biden, tend to disagree with the party’s left flank on several of these issues and to be more in tune with public opinion. But that flank nonetheless influences voters’ image of the party. In the most recent national elections, in 2020, Democrats fared worse than they expected, despite the highest voter turnout in decades.

The rush to declare a pandemic over can leave people behind, Gregg Gonsalves argues.

TV: How the latest “Law & Order” spinoff lost its way.

Prawn cocktail: Maybe you’d like to look at some surreal ceramics.

Advice from Wirecutter: Declutter your life.

Lives Lived: Walter Dellinger, an advocate for civil and reproductive rights, served as a top legal official in Bill Clinton’s administration. He died at 80.

The lives of street children

A street child in Lusaka, Zambia, finds another boy dead in a mountain of trash. Who was he, and who killed him? That’s the mystery at the heart of “Walking the Bowl,” a new nonfiction book by Chris Lockhart and Daniel Mulilo Chama.

Lockhart, an American anthropologist, and Chama, a Zambian outreach worker, partnered with a team of former street children who helped them gather information. The story follows a 17-year-old hustler; a spindly 8-year-old who is alone in the city; a 16-year-old prostitute planning her escape; and Lusabilo, an observant 11-year-old boy who scavenges through trash. Their lives twine around one another; each, it turns out, has played a key role in the boy’s death.

“Daily life, meticulously recorded, rarely has the attributes of a novel,” Ellen Barry, a mental health reporter for The Times who was previously chief international correspondent, writes in a review, “a clean arc of ascending action, a handful of vivid characters, an ending that snaps shut like a purse. ‘Walking the Bowl,’ remarkably, has all of those.”

The pangram from yesterday’s Spelling Bee was outfoxed. Here is today’s puzzle — or you can play online.

Here’s today’s Wordle. (If you’re worried about your stats streak, play in the browser you’ve been using.) 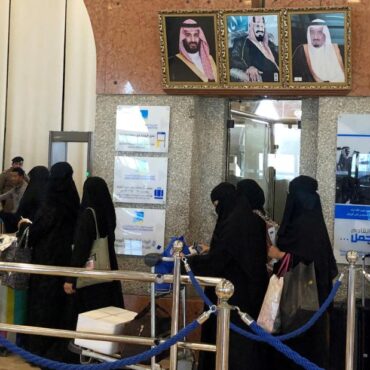 Advert for women train drivers in Saudi Arabia gets 28,000 applicants

A job advert to recruit 30 female train drivers in Saudi Arabia has attracted 28,000 applicants, highlighting the scale of pent up demand as the conservative kingdom opens up more opportunities to women.Spanish railway operator Renfe said on Wednesday an online assessment of academic background and English language skills had helped it to reduce the number of candidates by around a half, and it would work through the rest by […]