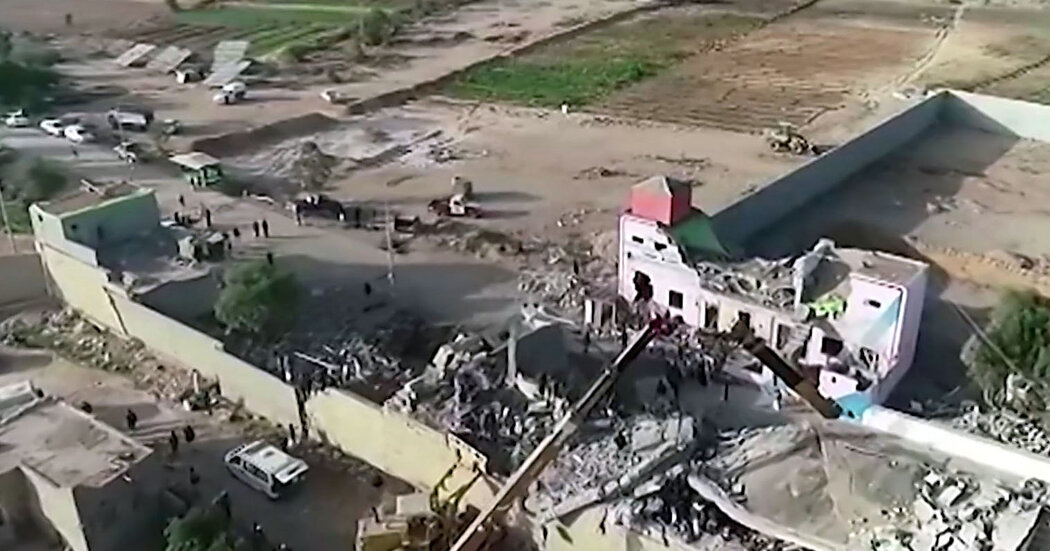 CAIRO — Airstrikes by a Saudi-led military coalition on northern Yemen killed at least 70 people at a prison and knocked out the entire country’s internet on Friday in a renewed escalation of the conflict there, according to a government official, international aid groups and the rebels who control the area.

In the northern city of Saada near the Saudi border, the Republic Hospital had received around 70 dead and 138 wounded and could not take any more, said Ahmed Mahat, the head of Doctors Without Borders’ mission in Yemen. Two other hospitals in the city were flooded with growing numbers of injured patients, even as their medical supplies thinned, Doctors Without Borders said.

“There are many bodies still at the scene of the airstrike, many missing people,” Mr. Mahat said in a statement, citing a Doctors Without Borders colleague in Saada. “It is impossible to know how many people have been killed. It seems to have been a horrific act of violence.”

The International Committee of the Red Cross said more than 100 people had been killed or injured overnight in a temporary detention center in Saada.

Emergency workers were still combing the ruined building for victims as the day went on, the Red Cross said. Video broadcast on Al Mayadeen, a pro-Iran news channel, showed rescuers trying to shift rubble at the site to free people trapped in the debris.

Local media linked to the Houthis, the Iran-backed rebel group that dominates northern Yemen, blamed the Saudi-led coalition which has been fighting the Houthis for years. Though the aid groups were more cautious about assigning responsibility, the Saudi-led coalition has repeatedly bombed Houthi forces and territory, including civilian targets, throughout the course of the war, and has ramped up its attacks over the last week.

Hostilities in Yemen have intensified over the last week after the Houthis attacked a major airport in the United Arab Emirates — Saudi Arabia’s chief partner in the coalition — with drones and missiles on Monday, killing three people and wounding six, in what they said was retaliation for the U.A.E.’s support for pro-government militias.

Armed and trained by the U.A.E., those militias had recently clawed back Shabwa province from Houthi control and were encroaching on Houthi gains in oil-rich Marib province.

Another coalition airstrike early Friday morning hit a telecommunications hub in the port city of Al Hudaydah, severely damaging key internet infrastructure and plunging Yemen into an internet blackout, said a telecommunications ministry official in Hadramout province who asked not to be named because he was not authorized to speak about the incident.

The country lost internet connectivity starting around 1 a.m. on Friday, according to NetBlocks, an internet monitoring group, and service had not resumed by Friday evening.

The Saudi-led coalition responded to the Houthi attacks on the U.A.E. by striking the Houthi-controlled capital, Sana, on Monday evening, and killing what Houthi media said were at least 20 people, including the family of a Houthi military general. On Friday, Mr. Mahat said the latest airstrikes had also hit Sana and its airport, and that the aid group had received numerous reports of overnight airstrikes elsewhere across northern Yemen.

But none appeared to have been as deadly as the attack on the prison facility in Saada. No other information about the victims was immediately available, but in addition to Yemenis, the Houthis also routinely detain African migrants who attempt to cross through Yemen on their way to seek work in Saudi Arabia and the other Gulf countries.

The Saudi-led coalition began bombing Yemen in 2015 in an attempt to oust the Houthis, who had overrun the capital, forcing the Saudi-backed government to flee. Now divided between Houthi control in the north and Saudi-backed government control in the south, Yemen has become the site of what aid groups say is the world’s worst humanitarian disaster. 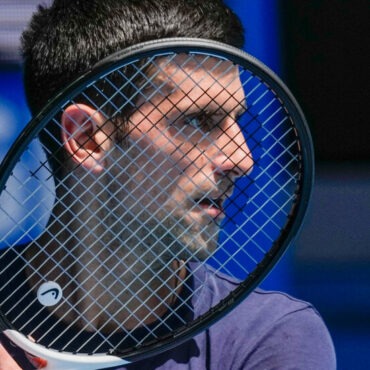 ‘The Daily’: Why the Djokovic case is about more than athletes and vaccines.

Novak Djokovic, the world No. 1-ranked player in men’s tennis, had a lot at stake going into this year’s Australian Open. If he were to win, the Grand Slam would be his 21st, making him the most decorated male tennis player in history.But he was not vaccinated against Covid-19, flying in the face of Australia’s rules, and he was detained on arrival. Despite challenging that decision through the courts, he […]