Scotland finds 6 cases of Omicron, but no sign its spread is ‘sustained.’ 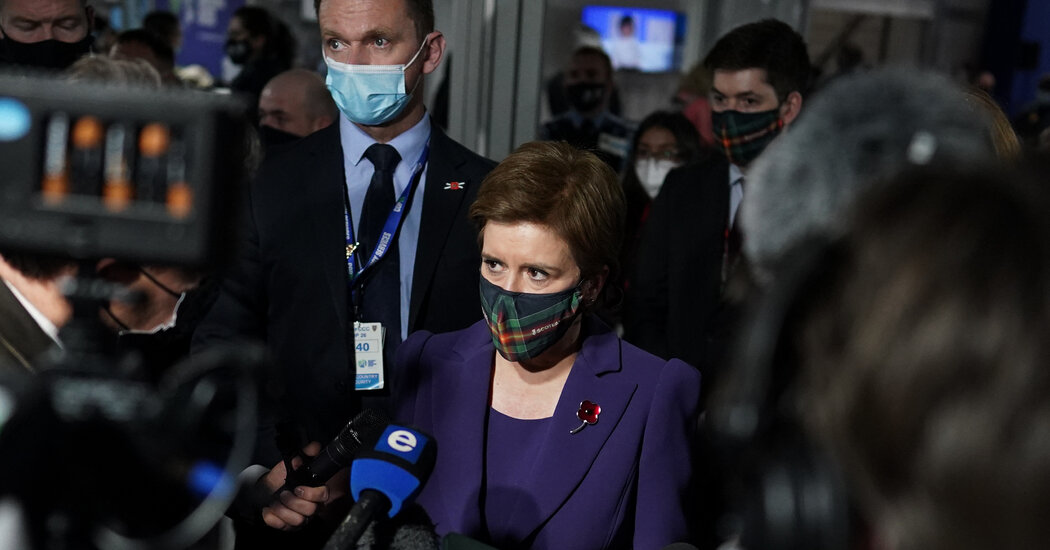 Officials in Scotland confirmed on Monday that six cases of the Omicron variant of the coronavirus had been recorded in the country and that some of those infected had not traveled recently, suggesting that there was community transmission. But they said there was no evidence that the transmission was “sustained or widespread.”

All of the infected individuals are in isolation and none have been hospitalized, said Scotland’s first minister, Nicola Sturgeon, who described the emergence of the highly mutated Omicron variant as the “most challenging development of the pandemic for quite some time.”

At an emergency news conference, Ms. Sturgeon said that she had asked Prime Minister Boris Johnson of Britain to convene a meeting of Britain’s top emergency committee, insisting that the moment called for “collective, national vigilance.”

In a joint letter to Mr. Johnson, she and the first minister of Wales urged tougher rules for travelers entering the United Kingdom: “We need to work collectively — and effectively — as four nations to take all reasonable steps to control the ingress of the virus to the country and then to limit its spread.”

Four cases have been identified in the Lanarkshire area and two in the Greater Glasgow and Clyde area, officials said. Health officials had not yet determined whether the variant had arrived in Scotland from overseas. The country’s health agency and local health protection teams are carrying out contact tracing to establish the origin of the cases, as well as identify people who might have been exposed.

Ms. Sturgeon said there was no evidence yet that any of the six confirmed cases in Scotland had links to the United Nations climate summit, which took place in Glasgow this month. If that were the case, she said, “I think our surveillance efforts might be showing more cases.”

Still, Ms. Sturgeon said, the event, which drew participants from around the world, had not been ruled out as the source of the variant in Scotland.

The first minister urged the public to “use this as an opportunity to up compliance with all the restrictions” in place. She added that further restrictions on regional travel in the lead-up to Christmas were not planned, but warned that could change.

“I still hope, really fervently hope, to be having a normal Christmas with my family,” she said. “Can I say that with 100 percent certainty? No, but that’s what I hope, and that’s what I think we should all be hopeful for.” 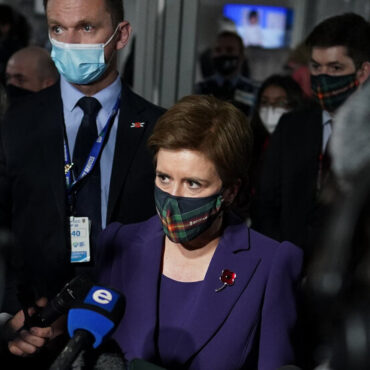 new video loaded: Scotland Reports Six Omicron CasestranscriptBackbars0:00/0:44-0:44transcriptScotland Reports Six Omicron CasesOfficials said that some of the cases of the Omicron coronavirus variant were not linked to travel, suggesting community transmission, but that there was no evidence that transmission was sustained or widespread.Enhanced surveillance has identified six cases of the Omicron variant in Scotland so far. Four of these are in Lanarkshire and two in greater Glasgow and Clyde. Now […]