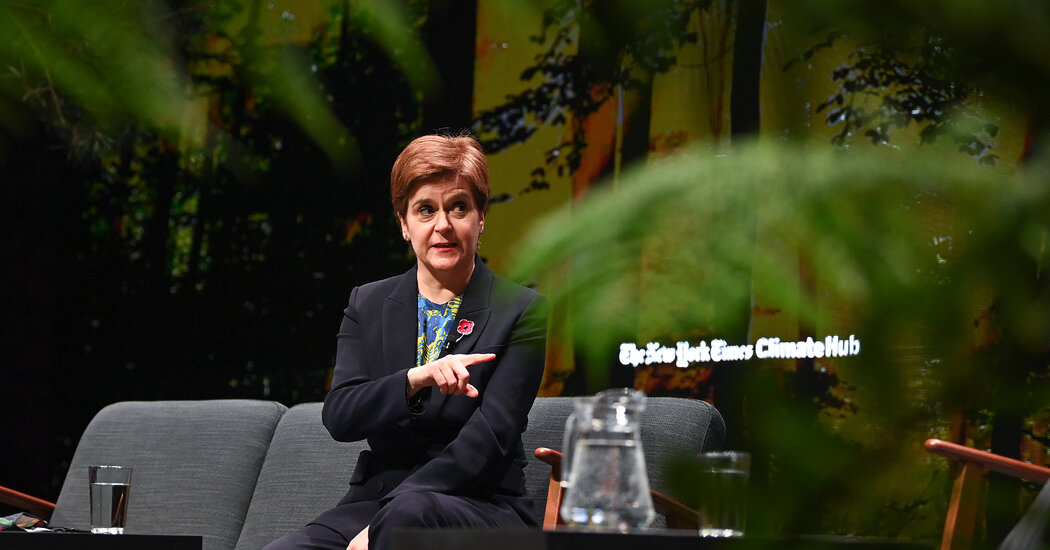 GLASGOW — Scotland’s leader, Nicola Sturgeon, said Wednesday that the nation must accelerate its transition away from fossil fuels but that it was imperative to do so in a way that created jobs and new opportunities in renewable energy and carbon alternatives.

“The science is telling us we’re running out of time, and the planet is in serious trouble,” she said, speaking on the sidelines of COP26 in Glasgow. “Against that backdrop, we have an obligation to try to raise our ambition as much as we possibly can.”

But Ms. Sturgeon said the reality for Scotland now is that it depends on oil and gas not just for its energy needs but also because 100,000 people in the country have jobs dependent on fossil fuels.

Ms. Sturgeon, Scotland’s top elected official, said that having grown up in the 1970s and 1980s, she was acutely aware of how the loss of heavy industry like coal and steel in Britain caused unemployment to rise. Scotland, she said, has to manage the transition away from fossil fuels carefully.

“What we need to do better in Scotland, to be candid,” she said, “what we’ve not done well enough and we need to get better at, not least to support the just transition away from oil and gas, is to capture more of the economic benefit of renewable technology.”

Many of the wind projects in Scotland are foreign investments. “We welcome them,” Ms. Sturgeon said, “but we haven’t yet captured enough of that benefit in our own jobs and supply chain.”

Ms. Sturgeon, who has clashed with Prime Minister Boris Johnson on major issues, including his handling of the pandemic and Brexit, argued that Scotland would be able to manage a transition away from fossil fuels better on its own, as an independent nation, than as part of Britain.

Reducing Scotland’s carbon emissions is a priority, she said.

Over the summer, in a move that shocked the oil and gas industry, Ms. Sturgeon urged Britain’s government to revisit licenses already granted for offshore oil fields still in the planning stages. She cited “the severity of the climate emergency we now face.”

Ms. Sturgeon said she was hopeful about the ability of leaders to make substantial progress at COP26.

“Potentially, people 100 years from now will look back on this summit, I hope, and describe Glasgow as the place which really took the correct fork in the road for our planet,” she said. 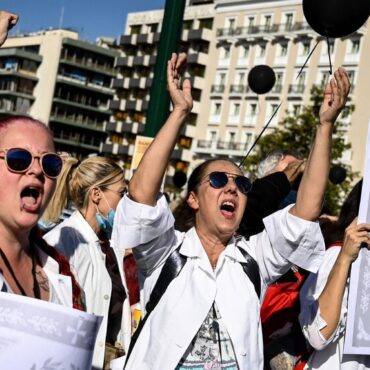 As Greece broke another record in daily coronavirus infections this week, registering 6,700 new cases within the past 24 hours, the country’s health minister announced a series of new restrictions aimed at flattening the spike.The restrictions, which are to apply from Saturday, relate to unvaccinated people, said the health minister, Thanos Plevris.All unvaccinated workers — except those who work from home exclusively — must undergo two Covid-19 tests per week. […]