The Scottish Greens will join the SNP in the Scottish Government after party members voted in favour of the “historic” powersharing deal.

The agreement will see the Scottish Green co-leaders Patrick Harvie and Lorna Slater become government ministers – the first time any Green representative has held political office in a government in the UK.

First Minister and SNP leader Nicola Sturgeon announced the plans for the parties to work together, having agreed a “transformative” policy programme.

The deal was approved by Scottish Green party members at Saturday’s extraordinary general meeting (EGM) following a two-hour debate, and then formally ratified as required by the party’s constitution.

Negotiated over the summer after the SNP fell one seat short of an overall majority in May’s election, the agreement involves a shared policy platform for the Scottish Government.

This includes an agreement to pursue another vote on Scottish independence before the end of 2023, if the threat of coronavirus has subsided, as well as a raft of environmental policies and a commitment to implement rent controls.

The deal stipulates that public disagreement between the parties would only be allowed on a set of ten agreed topics, such as aviation policy, green ports, direct financial support to businesses involved in the aerospace, defence and security sectors, field sports and the economic principles related to concepts of sustainable growth and inclusive growth.

However, speaking during the EGM, Scottish Green MSP Ross Greer insisted that the list of subjects could be changed if further agreements or disagreements emerge.

Following the party’s approval of the deal, Ms Slater said: “Scottish Green Party members are thoughtful and considerate, and I am pleased that having discussed and debated this agreement in great detail they have decided to take this historic step into government.

“The time has come for Scotland to step up efforts to decarbonise our economy and invest in a fairer, greener future.

“There’s no time to waste and I’m looking forward to start work on our transformative agenda in the coming days.”

Mr Harvie added: “I am delighted that our party members have given their support to this historic co-operation agreement that will see Greens enter government for the first time in Scotland, or indeed anywhere in the UK.

“With Greens in government, we will be able to deliver positive change for the people of Scotland.”

The draft powersharing agreement was formally announced by Ms Sturgeon and the two Scottish Green co-leaders at her official residence, Bute House in Edinburgh, on August 20.

Ms Sturgeon said: “I am delighted that members of both the Scottish Green Party and the SNP have agreed that we should work together in the Scottish Government to build a greener, fairer, independent Scotland.

“This historic agreement will provide a strong platform for the transformative programme we want to deliver.

“We will work collaboratively to support a fair recovery from Covid, address with urgency the impacts of the climate emergency, and give the people of Scotland a vote on independence.

“The agreement recognises that co-operation and consensus are essential to finding the practical solutions to the big challenges we face, and it echoes the founding principles of our Parliament.” 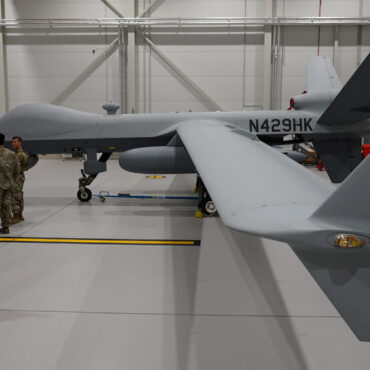 WASHINGTON — The Biden administration has nearly completed a policy to govern counterterrorism drone strikes and commando raids outside conventional war zones, but the abrupt collapse of the Afghan government and a recent flurry of strikes in Somalia have raised new problems, according to current and former officials.The administration has hoped to finish its playbook by the 20th anniversary of the Sept. 11 attacks. It was envisioned as part of […]