Sir Alastair Cook reached another milestone in his illustrious career as Essex dominated the opening day of the LV= Insurance County Championship match with Somerset at Taunton.

The former England captain passed 25,000 first-class runs in contributing 59 not out to a first-innings total of 109 for two after the hosts’ fragile batting line-up had folded to 109 all out.

Sam Cook, Mark Steketee and Simon Harmer claimed three wickets each as Somerset produced the latest in a series of lamentable batting efforts in red-ball cricket.

Only opener Tom Lammonby, who was dropped twice, offered any resistance with a patient 48.

Having suffered heavy reverses in the final four games of last summer and an innings defeat by Hampshire in the opening match of this season, the home side desperately needed to post a meaningful score after losing the toss.

But it never looked likely once opener Ben Green, on 15, aimed a loose drive at Australian seamer Steketee, who claimed his first Essex wicket through wicketkeeper Adam Wheater’s catch.

Hopes that Matt Renshaw would boost the top order on his return for a second spell with Somerset were dispelled when the overseas signing was bowled for seven, looking to leave a ball from Sam Cook that nipped back.

James Hildreth was caught behind off Steketee pushing forward before two wickets fell with the score on 49.

Tom Abell edged the first ball of Cook’s second spell onto his pad, looping a catch to Dan Lawrence running in from fourth slip, and Lewis Goldsworthy edged to Alastair Cook at first slip in the same over.

Lunch was taken with Somerset reeling at 70 for five. Without a run added at the start of the afternoon session, Steve Davies, on three, waved at a short wide ball from Shane Snater and edged through to Wheater.

Lammonby, already dropped on six by Harmer at second slip, survived another chance on 27 when Cook spilled a caught and bowled opportunity.

But Harmer’s introduction to the bowling attack saw the off-spinner claim three of the last four wickets cheaply, all to Alastair Cook slip catches.

Lewis Gregory edged a defensive shot, while Lammonby, who had shown commendable application, and Peter Siddle fell to a reverse sweep and orthodox sweep respectively.

Craig Overton was bowled by the impressive Steketee as Somerset were skittled in just 45.4 overs.

Cook (three for 17) was the pick of the bowlers, maintaining a testing line and length on a greenish pitch.

By tea, Essex openers Nick Browne and Alastair Cook, both fresh from centuries in the opening game with Kent, had taken the score to 40 with few alarms.

The pair advanced the total to 68 before Browne, on 25, edged a drive off Overton and was caught at the second attempt by Abell at third slip.

Cook passed the 25,000 run landmark with a cut boundary off Green, which took him to 35. Tom Westley was caught behind down the leg side off Overton for 13, but Somerset’s seamers face a mountainous task to put their side back in the game. 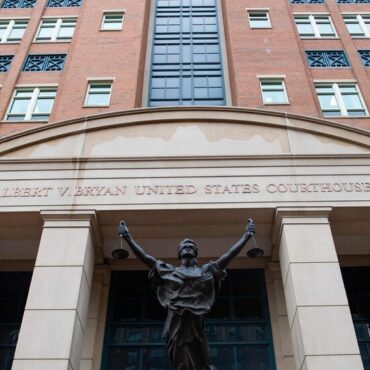 British Militant Convicted for Role in Deaths of Americans

ALEXANDRIA, Va. — A federal jury on Thursday convicted a British militant accused of being a member of the brutal Islamic State cell known as the Beatles in the abduction, abuse and deaths of four Americans, a major victory for U.S. prosecutors and the families of victims who sought to bring him to justice.The jury took less than a day to convict El Shafee Elsheikh, 33, on four counts of […]