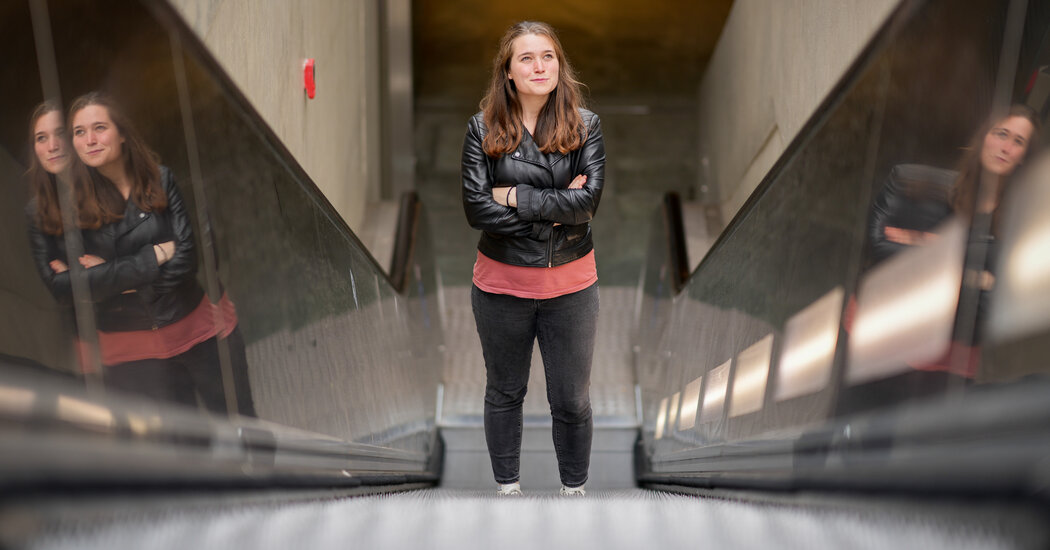 BERLIN — Emilia Fester is 23 and has yet to finish college. Max Lucks is 24 and calls himself a militant cyclist. Ria Schröder is 29 and has the rainbow flag on her Twitter profile. Muhanad Al-Halak is 31 and came to Germany from Iraq when he was 11.

And all of them are now in the German Parliament.

The German election result was in many ways a muddle. The winners, the Social Democrats led by Olaf Scholz, barely won. No party got more than 25.7 percent. Voters spread their ballots evenly across candidates associated with the left and the right.

But one thing is clear: Germans elected their youngest ever Parliament, and the two parties at the center of this generational shift, the Greens and the Free Democrats, will not just shape the next government but are also poised to help shape the future of the country.

For now, the Greens, focused on climate change and social justice, and the Free Democrats, who campaigned on civil liberties and digital modernization, are kingmakers: Whoever becomes the next chancellor almost certainly needs both parties to form a government.

“We will no longer leave politics to the older generation,” said Ms. Schröder, a newly minted lawmaker for the Free Democrats from Hamburg. “The world has changed around us. We want to take our country into the future — because it’s our future.”

For decades, Germany has been governed by two rival establishment parties, each run by older men, and, more recently, by a somewhat older woman. Indeed, when Chancellor Angela Merkel took office in 2005 at age 51, she was the youngest ever chancellor. Germany’s electorate still skews older, with one in four voters over 60, yet it was a younger vote, some of it angry, that lifted the two upstart parties.

Fully 44 percent of voters under 25 cast their ballot for the Greens and the Free Democrats, compared with only 25 percent in that age range who voted for Ms. Merkel’s center-right Christian Democrats and the Social Democrats, the traditional center-left party.

The most immediate effect will be felt in Parliament. Roughly one in seven lawmakers in the departing Parliament were under 40. Now the ratio is closer to one in three. (In the U.S. Congress, one in five members are 40 or younger. The average age in Congress is 58, compared with 47.5 for Germany’s new Parliament.)

“We have a generational rift, a very stark polarization that didn’t exist before: It’s the under-30s vs. the over-50s,” said Klaus Hurrelmann, a sociologist who studies young people at the Hertie School in Berlin. “Young people want change and these two parties got the change vote.”

“It mustn’t stay as it is,” read one Free Democrats campaign poster.

The two parties are already signaling that they intend to change the old ways of doing business in German politics. Their leaders reached out to one another — an unprecedented step — before meeting with representatives of the bigger parties in advance of coalition negotiations, a process that began over the weekend.

Rather than publicize their meeting with a leak to a newspaper or a public broadcaster, they posted a selfie of their four leaders on Instagram, causing a sensation in a country where political discussion has focused more on curbing social media than using it to reach new audiences.

Many of the young lawmakers now moving to Berlin, like Mr. Lucks, say they will bike or — in the case of Ms. Fester — skateboard to work. Some are looking to rent communal housing. Others plan cross-party “beer pong” gatherings to meet one another. And all of them are in regular communication with their voters via social media.

“What are your hopes and fears for a traffic light?” Mr. Lucks asked his followers on Instagram this past week, referring to the green, yellow and red party colors of the most likely governing coalition of Greens and Free Democrats with the Social Democrats at the helm.

Within a couple of hours, Mr. Lucks, who was elected for the Greens, had received 200 comments. “Maintaining that direct line to my voters is really important to me,” he said. “Young people yearn to be heard. They’ve felt betrayed by politics; their issues were just not taken seriously by those in power.”

The two issues that appeared to animate young voters most in the election were climate change and freedom, polls suggest.

“There is no more important issue than climate change — it’s existential,” said Roberta Müller, a 20-year-old first-time voter in the Steglitz district of Berlin. “It doesn’t feel very democratic to me that older people get to decide on — and effectively destroy — our future.”

The handling of the pandemic also played a big role. Schools were closed and college classes moved online, while billions of euros in aid flowed into the economy to keep businesses afloat and prevent widespread layoffs.

“Hair salons were more important than education during the pandemic,” said Ms. Fester, of the Greens, who at 23 is the youngest of the 735 members of the new Parliament. “There were long discussions about how the hair salons could stay open, but universities and kindergartens remained closed.”

The pandemic also put the spotlight on key workers who are often badly paid — and younger — while bringing to light how far behind Europe’s biggest economy is on developing the digital infrastructure needed to be competitive in the modern, globalized world.

A younger cohort of lawmakers has also helped increase other kinds of diversity in what previously had been a mostly homogeneous chamber. There will be more women and lawmakers from ethnic minorities than ever before — and Germany’s first two transgender members of Parliament.

At 31, Mr. Al-Halak, of the Free Democrats, could be considered one of the “older” new members of Parliament.

Born in Iraq, he was 11 when he emigrated with his family to Germany, settling in a southern part of Lower Bavaria, which he will now represent in Parliament. He wants to serve as a voice for a new generation of Germans who were born elsewhere but have successfully learned the language and a trade — he worked at a wastewater facility — to become active members of society.

“I wanted to be an example for other young people that you can get ahead as a working man, regardless of where you come from, what you look like or what religion you practice,” Mr. Al-Halak said.

Despite having a woman as chancellor for 16 years, the percentage of women represented in Parliament rose only slightly from 31 percent in the previous legislature.

“I know there are some people who are happy that we now have 34 percent women represented in Parliament, but I don’t think it is anything to celebrate,” said Ms. Fester, who included feminism as one of her campaign issues. “The predominance of old, white men is still very visible, not only in politics but in other areas where decisions are made and money flows.”

Germany’s smaller parties have traditionally defined themselves by issues, rather than staking out broadly defined ideological stances. They also agree on several things; both parties want to legalize cannabis and lower the voting age to 16.

“There are now other coordinates in the system, progressive and conservative, collectivist and individualist, that describe the differences much better than left and right,” Ms. Schröder said.

“The big question is: Will they paralyze each other or will they manage to build the novelty and innovation they represent into the next government?” said Mr. Hurrelmann, the sociologist. “The balancing act will be: You get climate, we get freedom.”

This past week, incoming freshman lawmakers went to the Parliament building, the Reichstag, to learn rules and procedures, as well as how to find their way around.

“The first days were very exciting,” Ms. Fester said. “It was a bit like orientation week at university. You get your travel card and have to find your way around — only it is in the Reichstag.”

Mr. Lucks said he still had to remind himself that it is all real.

“It’s a great feeling,” he said, “but then it’s also kind of humbling: We have a big responsibility. Our generation campaigned for us and voted for us and they expect us to deliver. We can’t let them down.” 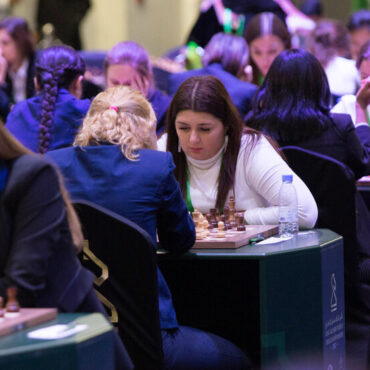 The International Chess Federation, the game’s governing body, is facing intense criticism from female chess players and others after announcing that a company that makes breast implants would sponsor women’s chess events.The federation, known as FIDE, announced on Sept. 27 that it had reached a “landmark partnership agreement” with Establishment Labs, a medical technology company that makes breast implants sold under the brand name Motiva.FIDE called the partnership “the first-ever […]