Some Critics Call for Trudeau to Channel His Father on Protests 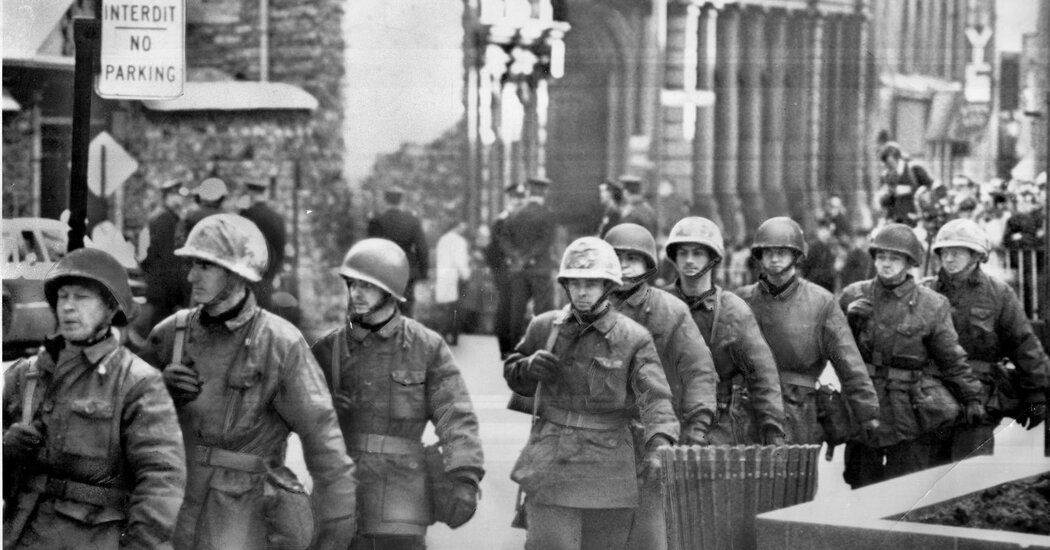 His three-word response to a violent uprising became among the most famous ever uttered in the history of Canadian law enforcement: “Just watch me.”

It was October 1970 when Pierre Elliot Trudeau — Justin Trudeau’s father — took this stand. Asked outside Parliament how far he would go to stop The Front de Libération du Québec, an extremist group agitating for Quebec’s independence from Canada, he was defiant. The group had kidnapped a Quebec cabinet minister, Pierre Laporte, who was subsequently assassinated. There had been a reign of terror of hundreds of bombs and robberies in Montreal. A British trade commissioner had also been kidnapped.

Mr. Trudeau successfully quashed the extremists by invoking the War Measures Act — the only time in Canadian history it was applied in peacetime. He sent thousands of troops to Montreal and abrogated some civil liberties. Uniformed soldiers raided homes, hunting for terrorists. Some 400 people were arrested and detained without charges.

Now, some in Canada are calling for Justin Trudeau to have his “Just watch me” moment.

“‘Just watch me’ is burned into the memory of all of us who were alive to hear then prime minister Pierre Trudeau speak it, all those years ago,” read a letter published Monday in the Toronto Star, Canada’s largest circulation newspaper. “It is time for his son, Justin, to do the same with the protesters in Ottawa.”

“Justin Trudeau needs his own ‘just watch me’ moment,” added an opinion piece in the National Observer, an online publication. “Canada is under attack,” it said. “It’s time for Trudeau to push back.”

As the anti-vaccine protests in Ottawa persist for a second week, Mr. Trudeau has, at times, appeared to channel the resolute voice of his late father, steadfastly refusing to negotiate with the protesters. But he has also been adamant that he won’t call in the army. With Ottawa residents complaining that unruly protesters are terrorizing their daily lives, he has turned to words rather than soldiers to try and tame protesters, some of whom have mocked him as a “chicken.”

The protesters are “trying to blockade the economy, our democracy and our fellow citizens’ daily lives,” he told the House of Commons on Monday night. “It has to stop.” “This pandemic has sucked for all Canadians,” he added.

Earlier he railed against the protesters for desecrating war memorials, criticized them for flying “racist flags,” spreading disinformation and even stealing from the homeless.

Mr. Trudeau’s defenders say that calls for him to send in the army are ill-advised in a country that values free speech while noting that comparing the events of the 1970s — known as the October crisis — to a trucker convoy protest wrongly equates angry anti-vaxxers with terrorists.

During the crisis, Mr. Trudeau has kept a relatively low profile. He has been moved to his official country residence, along with his family, to help assure his safety. He was also self-isolating after testing positive for Covid-19 last week.

Mr. Trudeau, who has long fashioned himself as a champion of human rights, is likely mindful of the lessons of the October Crisis. While the military reined in the F.L.Q., critics at the time accused his father of trampling civil liberties by empowering law enforcement to arrest people without charge.

The elder Mr. Trudeau, for his part, was unrepentant after sending soldiers to Ottawa to protect officials. “There are a lot of bleeding hearts around who just don’t like to see people with helmets and guns,” he said. “All I can say is, go on and bleed.” 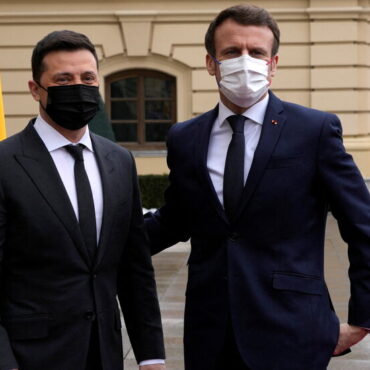 KYIV, Ukraine — President Emmanuel Macron of France said on Tuesday that the Ukraine crisis could take months to resolve, but that his shuttle diplomacy this week between Russia and Ukraine had raised hopes of stabilizing the situation.Mr. Macron met President Volodymyr Zelensky of Ukraine in Kyiv on Tuesday, a day after holding a five-hour meeting with President Vladimir V. Putin of Russia in Moscow.The Kremlin said on Tuesday that […]