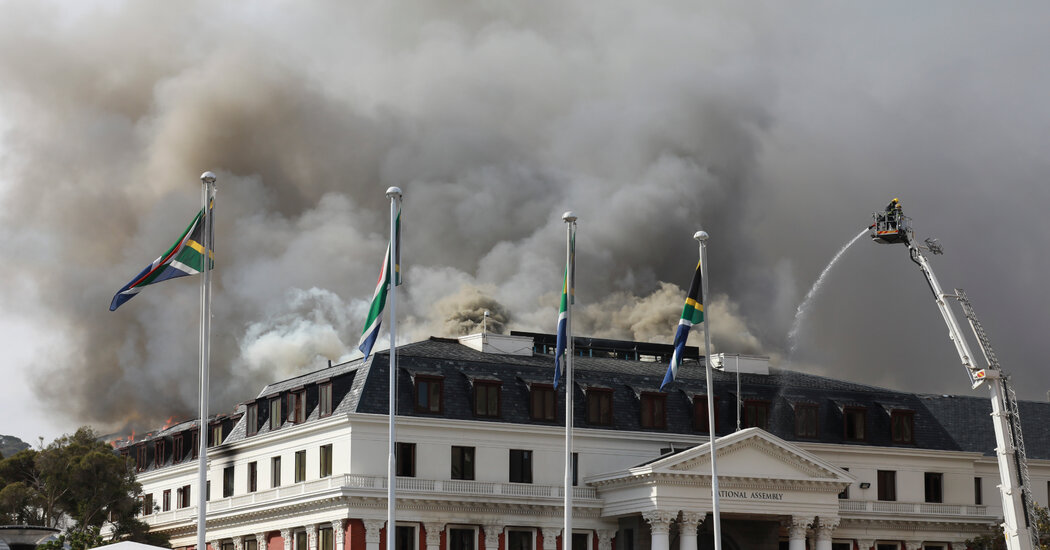 CAPE TOWN — A fire that ripped through South Africa’s Houses of Parliament on Sunday flared up again on Monday afternoon, fire officials said. The cause of the fire was being investigated, and a man who is in police custody in connection with the blaze is scheduled to appear in court on Tuesday, officials said.

The speaker of Parliament, Nosiviwe Mapisa-Nqakula, said in an interview with the South African Broadcasting Corporation on Monday that she did not believe the fire was an accident because it burned in two distinct areas of the complex.

“I don’t think that it is just a mere accident that would cause devastation of this magnitude,” said Ms. Mapisa-Nqakula. “Parliament is an epitome of our democracy,” she added, saying an attack on the institution is “an attack on our democracy.”

As the wind picked up on Monday evening in Cape Town, there were fears that the fire would move toward the president’s office, and firefighters were dispatched to ward off the possible spread of flames, emergency services said.

The man arrested, who police said is 49, was taken into custody on Sunday morning. As the fire burned and firefighters raced to the scene, security personnel spotted the man. He had gained unauthorized entry and was found to be carrying stolen property, the police said.

He will appear on Tuesday in a Cape Town magistrate’s court on charges of arson, theft and housebreaking, the police’s directorate for priority crime investigation said in a statement. The statement did not identify the suspect further.

On Monday, more than 24 hours after the fire was first reported, books and bookshelves were still smoldering within the National Assembly building, officials had said earlier in the day, before the new flare-up. Some burned areas were still extremely hot, said JP Smith, Cape Town’s mayoral committee member for safety and security.

Those who saw the damage described the buildings of both the historical Old Assembly and the New Assembly as “gutted.”

Smoke began to rise in the legislative complex around 6 a.m. Sunday, Mr. Smith said. The fire was active in two distinct areas, raising suspicion among officials about why the buildings in between had not burned.

On late Monday afternoon, more than 30 firefighters were sent back to the Parliament compound in the center of Cape Town after flames reappeared on the roof of the main Parliament building, The Associated Press reported.

On Monday morning, the interior of the National Assembly was “extensively destroyed by fire, water, heat and smoke,” Mr. Smith said.

Mr. Smith said the Parliament complex was severely damaged. The facade of the National Assembly building also had “major cracks,” he added. Forensic investigators were assessing the scale of the destruction, Mr. Smith said.

The fire spread from an office space on the third floor of a building adjacent to the old National Assembly building toward a gym and to rooftops.

No injuries or fatalities have been reported. Parliamentary officials said they were not aware of any sensitive documents that might have been affected by the fire. But offices belonging to lawmakers in the African National Congress as well as in two smaller opposition parties — the Good Party and the National Freedom Party — were among those badly damaged.

Parliament was not in session because it had been closed for the holidays. President Cyril Ramaphosa’s State of the Nation Address, the first major event of the year on the parliamentary calendar, is set to be held Feb. 10.

Cape Town is no stranger to fires, and wildfires on the slopes of its famed Table Mountain have had a devastating impact in recent years. Last year, a wildfire spread to the University of Cape Town, where it devoured the special collections library — home to one of the most expansive collections of first-edition books, films, photographs and other primary sources documenting the history of Southern Africa. 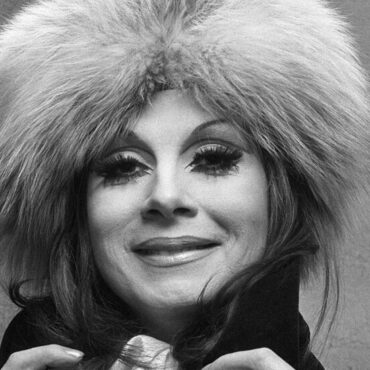 Back in Liverpool, she checked herself into a mental hospital, where she begged the doctors to “make me more manly,” she wrote in a first-person account for News of the World in 1961. They treated her with drugs and electroshock therapy. “It lasted a year,” she recalled, “and at the end of the day they told me it was no use.”Unwelcome at home, she moved to London, where she started […]