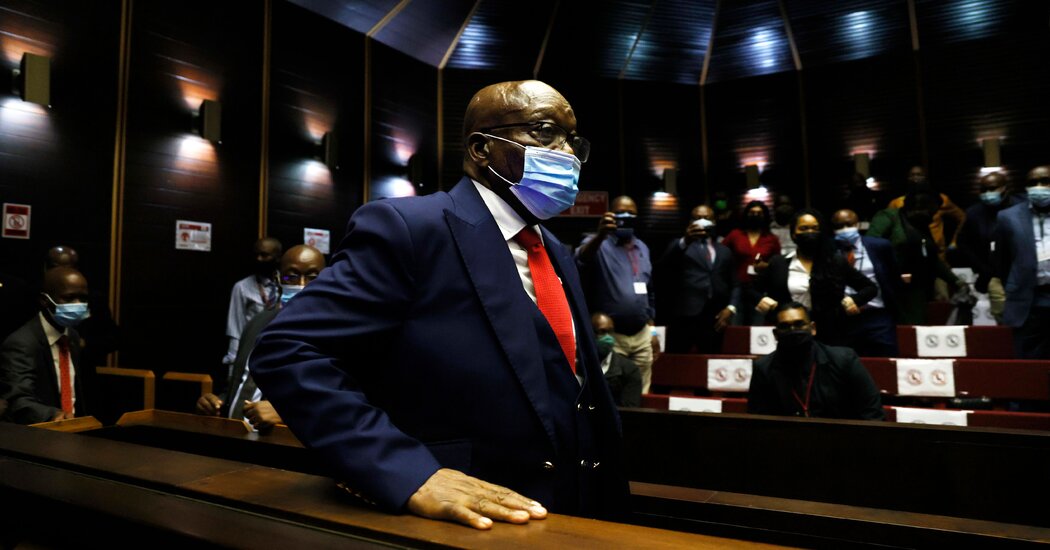 JOHANNESBURG — South Africa’s highest court on Friday rejected an appeal to throw out the prison sentence of Jacob Zuma, the former president who was jailed for refusing to appear before a commission investigating corruption accusations that tainted his tenure as the nation’s leader.

Mr. Zuma’s arrest was hailed as a victory for South Africa’s young democracy, a sign that not even a former head of state was above the law. It was also a signal from President Cyril Ramaphosa that his administration would deal decisively with corruption.

Mr. Zuma, 79, was released on medical parole last week, after serving a fraction of his 15-month jail term, much of which was spent in the prison’s medical ward.

But the court on Friday rejected his appeal to have the prison sentence overturned. Despite what it called Mr. Zuma’s “creative attempts” to prove his case, the Constitutional Court found that his arrest was warranted.

“To his peril, Mr. Zuma declined to participate in the contempt proceedings and disdainfully dismissed further opportunity when invited to do so,” said Justice Sisi Khampepe, as she read the court’s majority decision.

Mr. Zuma has maintained his innocence and decried the court’s decision to place him under arrest, claiming without evidence that he was the victim of a political conspiracy.

Mr. Zuma was taken into custody on July 7, handing himself over to authorities minutes before a midnight deadline.

While Mr. Zuma’s tenure as president from 2009 to 2018 was marked by scandal and mismanagement, he remains beloved in some corners of the nation, particularly his home province, KwaZulu-Natal.

His arrest set off a wave of violence, with rampant looting and arson. More than 300 people were killed in the tumult, according to the authorities.

The case against Mr. Zuma has also exposed deep divisions within his party, the African National Congress, which has ruled the nation since apartheid fell in 1994.

His arrest capped the stunning downfall of a once-lauded freedom fighter who fought alongside Nelson Mandela.

On the eve of his imprisonment, Mr. Zuma’s lawyers filed an urgent application to rescind the constitutional court’s decision to jail him for contempt of court.

In his plea, Mr. Zuma said he did not have the financial resources to handle the legal challenges brought by the inquiry and chose instead to focus on the criminal trial that he is also facing. Mr. Zuma is being prosecuted on charges of racketeering, corruption, fraud and money laundering after being accused of taking bribes from a French arms manufacturer when he was deputy president in 1999. That case continues on Sept. 22.

In seeking to avoid jail, Mr. Zuma cited his ill-health and the threat posed by the coronavirus in prison.

Mr. Zuma was released on medical parole on Sept. 5, with the government’s department of correctional services saying it was “impelled by a medical report,” but it provided no details about the nature of his illness.

While the Medical Parole Advisory Board did not approve Mr. Zuma’s parole, the national commissioner of correctional services told the South African Broadcasting Corporation that he personally approved Mr. Zuma’s release, overriding the board’s view that the former president was in stable condition and fit to continue his incarceration. 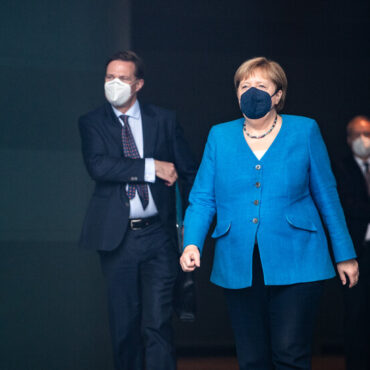 Merkel Leaves the German Economy With Trouble Under the Hood

Ms. Merkel’s supporters say that she has helped the German economy dodge some bullets. Her sharp political instincts proved valuable during a eurozone debt crisis that began in 2010 and nearly destroyed the currency that Germany shares with 18 other countries. Ms. Merkel arguably kept hard-liners in her own Christian Democratic Union in check as the European Central Bank printed money to help stricken countries like Greece, Italy and Spain.But […]