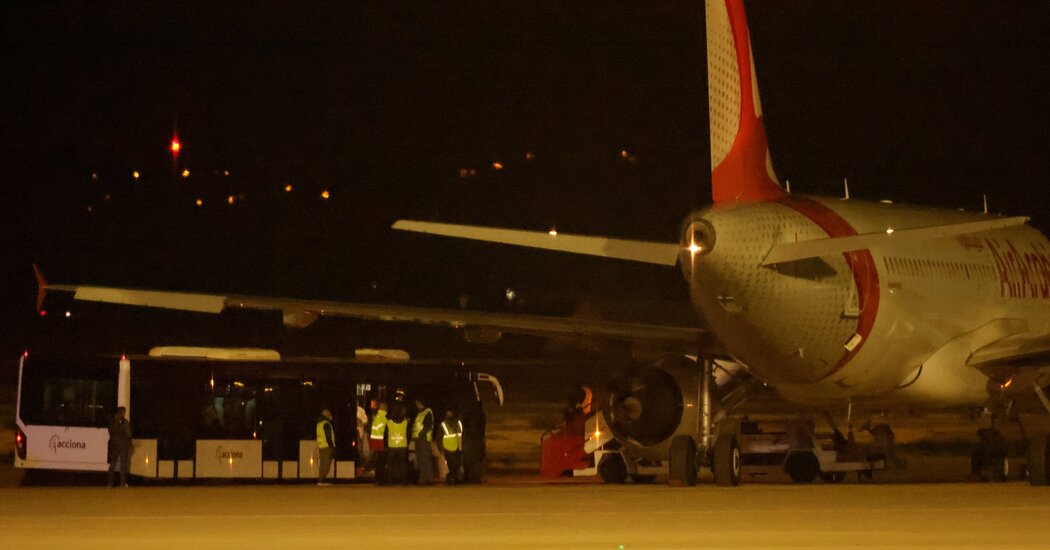 MADRID — The Spanish police were searching on Saturday for a dozen passengers on a flight from Morocco to Turkey who fled into the Spanish island of Mallorca after their plane made an emergency landing at the airport there.

The plane, a Friday-evening Air Arabia Maroc flight from Casablanca to Istanbul, asked to divert to Palma de Mallorca to treat a person on board who had reported falling sick, according to Spanish air traffic authorities, and landed at around 8 p.m.

The passenger was taken to a hospital but soon discharged and detained on suspicion that he had faked illness in order to allow himself and others to enter Spain illegally, according to the police.

While he was being hospitalized, the police statement said, other passengers fled the plane across the tarmac and managed to cross the airport’s perimeter fences.

The chaos kept the airport, a major tourism hub, closed for more than three hours, and forced several other planes to divert.

It also brought a new aspect to Spain’s repeated struggles with illegal crossings, both by land from Morocco to the Spanish enclaves of Ceuta and Melilla and from West Africa by sea, a route that has frequently had deadly consequences.

The police did not identify the man who was hospitalized, but said in a statement that he had apparently suffered a diabetic coma on the flight. He was reported by Spanish media to be Moroccan. A fellow passenger who accompanied him to the hospital also fled.

Aina Calvo, the representative of the Spanish central government in the Balearic Islands, of which Mallorca is the largest, told a lunchtime news briefing on Saturday that an incident like that at Palma’s airport had “never before happened in any other part of our country.”

She said 24 people were involved and had been identified from the passenger list, of whom 12 had since been detained. While the police continued searching for some missing passengers, the investigation, she said, was also looking at whether this had been a carefully planned escape, or instead a more spontaneous decision by some passengers to flee once the plane had landed.

“So far we don’t have any data that allows us to affirm that this was an orchestrated operation,” Ms. Calvo said. “We have to finalize the investigation, to establish causality and then decide whether we have to revise some proceedings” to avoid a repeat.

She said that the detained passengers faced deportation to their country of origin, Morocco, but could also face Spanish judicial action on an accusation of violating aviation rules, and potentially other charges.

The plane eventually resumed its flight to Istanbul, with all its remaining passengers.

Palma’s airport reopened shortly before midnight. Aena, Spain’s national airport operator, said that 13 planes had to be rerouted to Barcelona and other airports. More than 40 other flights suffered significant delays or cancellations. 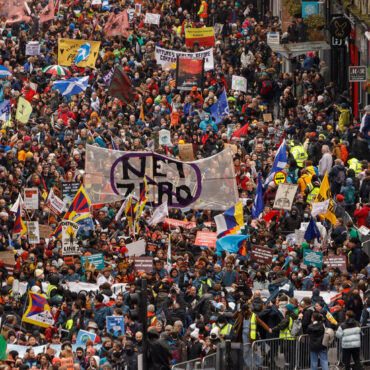 COP26 Protesters Back an Array of Causes, Connected by Climate Change

GLASGOW — Defying biting wind and steady rain, thousands took to the streets of Glasgow on Saturday in noisy and colorful protests, calling on global leaders to take action drastic enough to match the scale of a climate crisis already wreaking havoc on parts of the globe.Waving banners, beating drums and chanting, an array of demonstrators — including members of trade unions and faith organizations, as well as left-wing activists […]