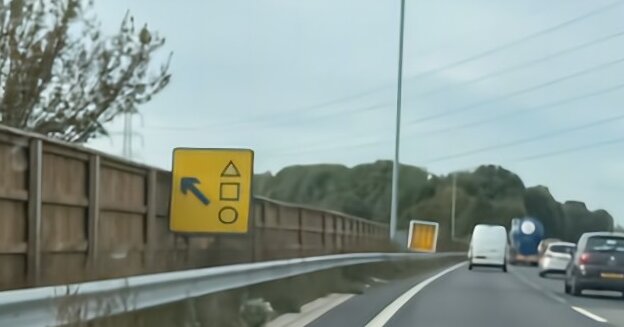 LONDON — A highway road sign in England featuring symbols similar to ones that appear in the hit Netflix series “Squid Game” has nothing to do with the show, the police reassured motorists.

The sign, along the M4 highway near Slough, about 25 miles west of London, indicated a “diversion” (or detour, in American English), not an entrance to the game in the dystopian South Korean survival drama, the Thames Valley Police said on Twitter this week.

The sign featured the outlines of a triangle, a square and circle, along with an arrow indicating the next exit. According to a guide to traffic signs from Britain’s Department for Transport, the shapes are used, individually, to indicate an emergency detour.

It was unclear how drivers would have understood that the combination of symbols, with no words, signaled a detour.

A spokeswoman for Slough Borough Council said the council had no responsibility for the sign, which was put in place by Highways England, the agency that oversees major roads.

“As much as Slough likes to be at the forefront of new trends, we can promise there is no Squid Game in our town,” said the spokeswoman, Kate Pratt.

Neither Highways England nor the Thames Valley Police immediately responded to requests for comment.

Road signs in Britain have long mystified motorists. In 1965, a new system of signs that more closely aligned with those in the rest of Europe was introduced to make it easier for drivers to follow instructions. But drivers have complained that subsequent updates have made some new road signs difficult to interpret. 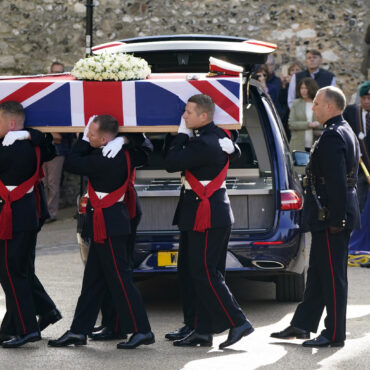 Major General Matthew Holmes died earlier his month at his home in Winchester More than 700 mourners, including the Defence Secretary and senior military officers, have attended the funeral of the former head of the Royal Marines. Major General Matthew Holmes, who was a pall-bearer at the Duke of Edinburgh’s funeral, was found dead at his home in Winchester, Hampshire, on October 2. An inquest heard he was found hanged […]