It may have been a long time coming, but Tuesday’s world premiere of the new James Bond film did not disappoint.

Stars of screen and stage turned out alongside British royalty for the glittering “No Time to Die” red carpet event at London’s Royal Albert Hall.

The long-delayed movie, which is Daniel Craig’s fifth and final performance as the iconic British agent, was originally scheduled for release in April 2020, but it has been set back numerous times due to the global pandemic.

Kate, the Duchess of Cambridge, who attended alongside her husband, Prince William, and her in-laws, the Prince of Wales and the Duchess of Cornwall, dazzled onlookers in a floor-length gilded gown by Jenny Packham.

Kate was photographed chatting with Craig, who looked as dapper as ever in a double-breasted cerise velvet tuxedo jacket by Anderson & Sheppard over a white shirt and black bow tie.

The 53-year-old actor, who first took on the Bond role in the 2006 blockbuster “Casino Royale,” told the PA news agency his plans to retire from the franchise haven’t changed, but he was delighted to be at the event.

“It’s been a bittersweet couple of years, so one has to keep things in perspective. The decision to leave is still there, I’m just glad that we’ve got a chance to celebrate tonight and have a premiere. That seemed like such a faraway thing for a while,” Craig said.

Directed by Cary Joji Fukunaga, whose previous credits include “Jane Eyre” and “True Detective,” and written in part by Phoebe Waller-Bridge, “No Time to Die” is the 25th movie in the James Bond series.

Many hope the long-anticipated film will kick-start a welcome return to movie theaters following its release in the UK on Thursday.

Despite much speculation about who will take up the mantle from Craig, producers of the James Bond franchise confirmed Tuesday they will not begin their search for the new leading actor until 2022. 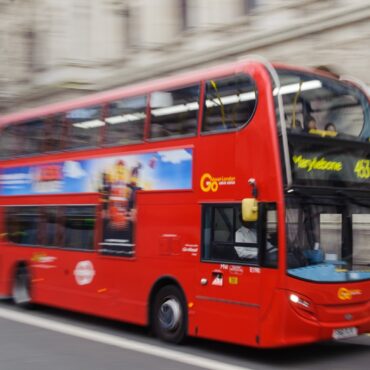 Bus services are being delayed by congestion caused by the fuel crisis. Several operators said a number of routes are being disrupted by buses stuck in traffic near filling stations. There are long queues outside a number of forecourts, with some drivers waiting several hours to fill up. A spokeswoman for Go-Ahead said it has seen “some minor delays due to traffic around fuel stations”, but “the majority of our […]