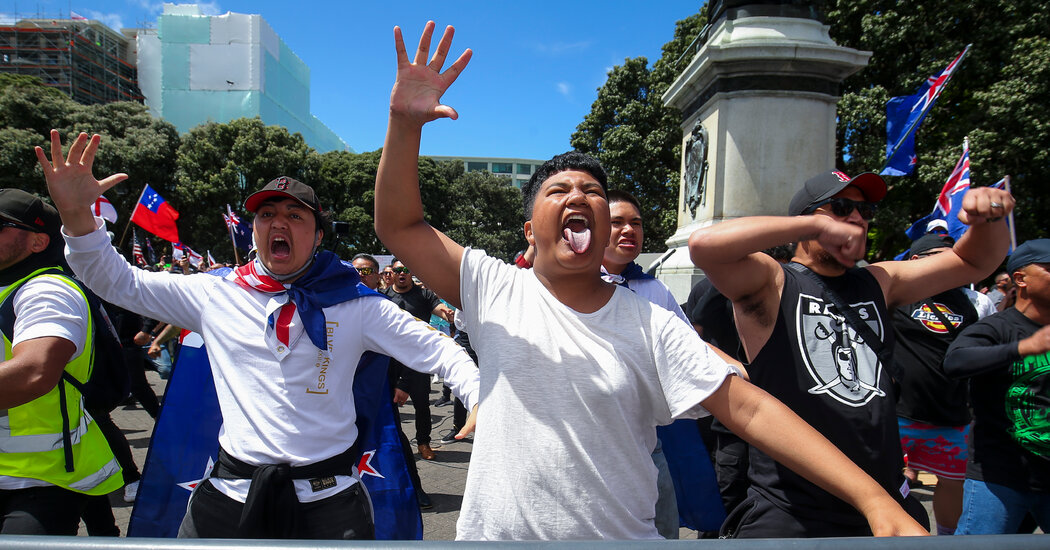 At demonstrations against pandemic restrictions last week in Wellington, the New Zealand capital, some protesters performed the ceremonial Maori dance known as the Ka Mate haka, known internationally for its performance before rugby games.

Ngati Toa, the Maori tribe that owns the legal rights to that haka, on Monday called for them to stop. “We insist that protesters stop using our taonga immediately,” Taku Parai, a senior member of Ngati Toa, said in a statement, using the Maori word for a treasure. “We do not support their position.”

A law passed by the New Zealand government in 2014 recognized the tribe, or iwi, as the custodians of the haka. Ka Mate dates back to 1820 and recounts the story of the heroic escape of Te Rauparaha, a chieftain, from capture by a rival tribe. Ngati Toa has previously spoken out against its misuse for commercial gain.

Historically, pandemics have posed a particular threat to Maori, New Zealand’s Indigenous people. The 1918 flu pandemic devastated Maori communities, killing Maori at a rate seven times that of the wider population, while in the 2009 H1N1 influenza pandemic, the rate of infection for Maori was twice that of white New Zealanders.

The present coronavirus pandemic has again hit Maori disproportionately. As of March, half of those in New Zealand who had ended up in intensive care because of the virus had been Maori, despite their making up only 14 percent of the population. The vaccination rate among Maori lags behind the rest of the country, with 77 percent of those eligible having received at least one dose of a vaccine, compared to 90 percent in the wider population.

In light of this history, and of the ancestors they have lost to these illnesses, the tribe has taken a proactive role in vaccinating its members against the coronavirus, said Helmut Modlik, a senior member of Ngati Toa.

“We are absolutely clear that the Covid-19 vaccine is the best protection we have available to us, and we are committed to supporting our whānau to get vaccinated as soon as possible,” Dr. Modlik added. He called for protesters to use a different haka, of which there are many. 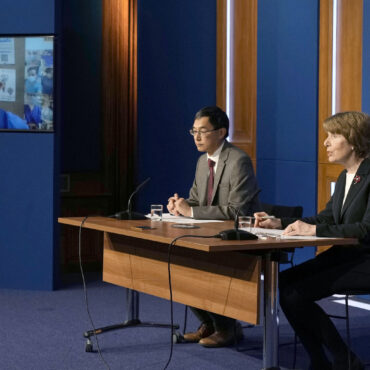 So far, some 12.6 million people have had a third Covid-19 jab Health officials have warned of a “bumpy few months ahead” as they extended the Covid-19 booster programme to include healthy adults over the age of 40. Ministers across the UK have accepted a recommendation from the Joint Committee on Vaccination and Immunisation (JCVI) that the booster programme should be extended to include people aged 40 to 49. Second […]