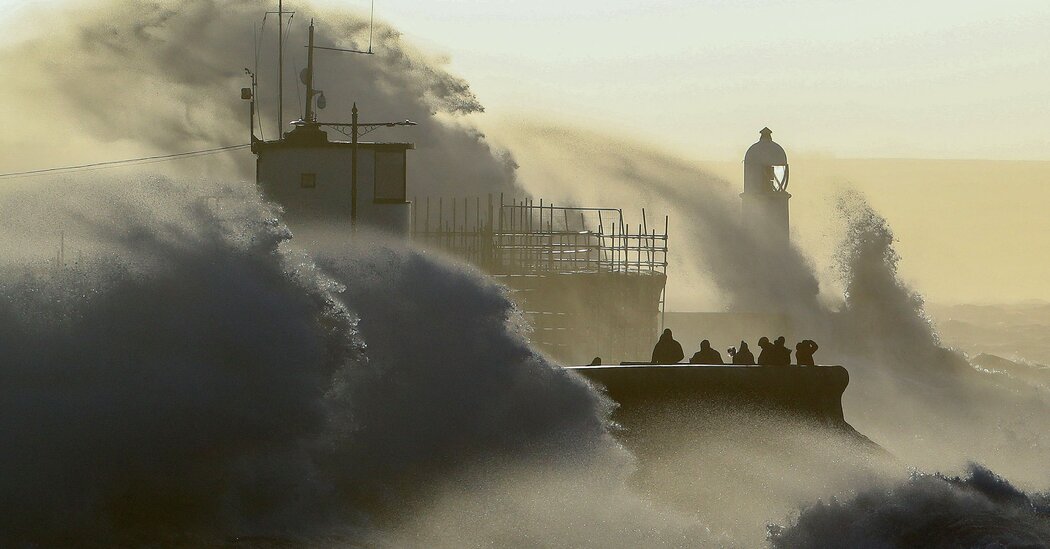 A potentially life-threatening storm battered parts of Britain on Friday with damaging high winds, causing widespread travel disruptions, closing schools and knocking out power. The storm, called Eunice, was expected to be the worst to hit the region in 30 years, weather officials said.

The country’s national weather service, the Meteorological Office, issued rare red weather warnings, meaning a threat to life, for southern England and parts of Wales through Friday afternoon, with wind gusts expected to reach up to 90 miles per hour.

Richard Miles, a spokesman for the Met Office, said on Friday that the storm was going to be more significant than any since one in January 1990 that killed dozens of people in England.

More than 100 flights had been canceled at London-area airports on Friday morning, according to FlightAware, a flight-tracking website. The storm was also affecting the Netherlands, where nearly 150 flights had been canceled at Amsterdam’s Schiphol Airport. Train service in parts of Britain was also disrupted, with Wales canceling all rail service for Friday because of the weather. Network Rail, which owns and operates Britain’s rail infrastructure, urged people not to travel on Friday “unless absolutely necessary.”

Prime Minister Boris Johnson said on Twitter that residents should follow advice from meteorologists and take precautions to keep safe.

Scores of schools districts along the southern and western coasts of Britain were closed Friday, and attractions in and around London, including the London Eye, were also forced to close because of dangerous winds. Plans for Prince Charles to visit Newport and Swansea, on the south coast of Wales, were also canceled Friday in the “interest of public safety.”

A red weather warning for wind was in place Friday morning for some southeast costal areas of England and parts of Wales, from Friday morning through noon. Wind gusts in the region could reach as high as 90 m.p.h.

The southwest region of England will be under a red weather warning for wind from midmorning through the afternoon, the Met Office said. Winds around the inland area could hit 70 m.p.h. Areas along the English Channel could see winds reaching 80 m.p.h.

A wider swath of the United Kingdom was under an amber warning, indicating a high risk for power outages, damage to buildings and trees, the Met Office said. Windy conditions could also scatter debris along beaches.

The northern edge of the storm was expected to bring the risk of snow to Northern Ireland, northern England and southern Scotland. Some areas could see blizzard conditions.

The storm was expected to clear out by the end of the day, Mr. Miles said, but conditions will remain windy over the weekend. 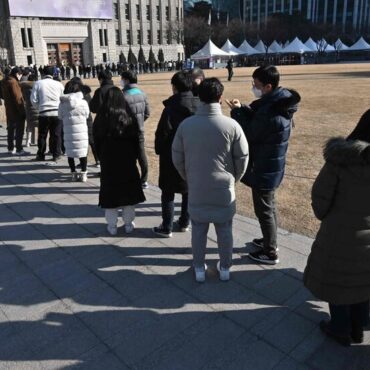 SEOUL — South Korea, which is experiencing its largest Covid-19 wave yet, will set aside a 90-minute window just for voters with the coronavirus to cast their ballots at polling stations next month.The recent surge in coronavirus cases had raised questions about how the country’s tight presidential election would be held. Lawmakers agreed this week to reserve 6 p.m. to 7:30 p.m. on March 9, Election Day, for voters with […]