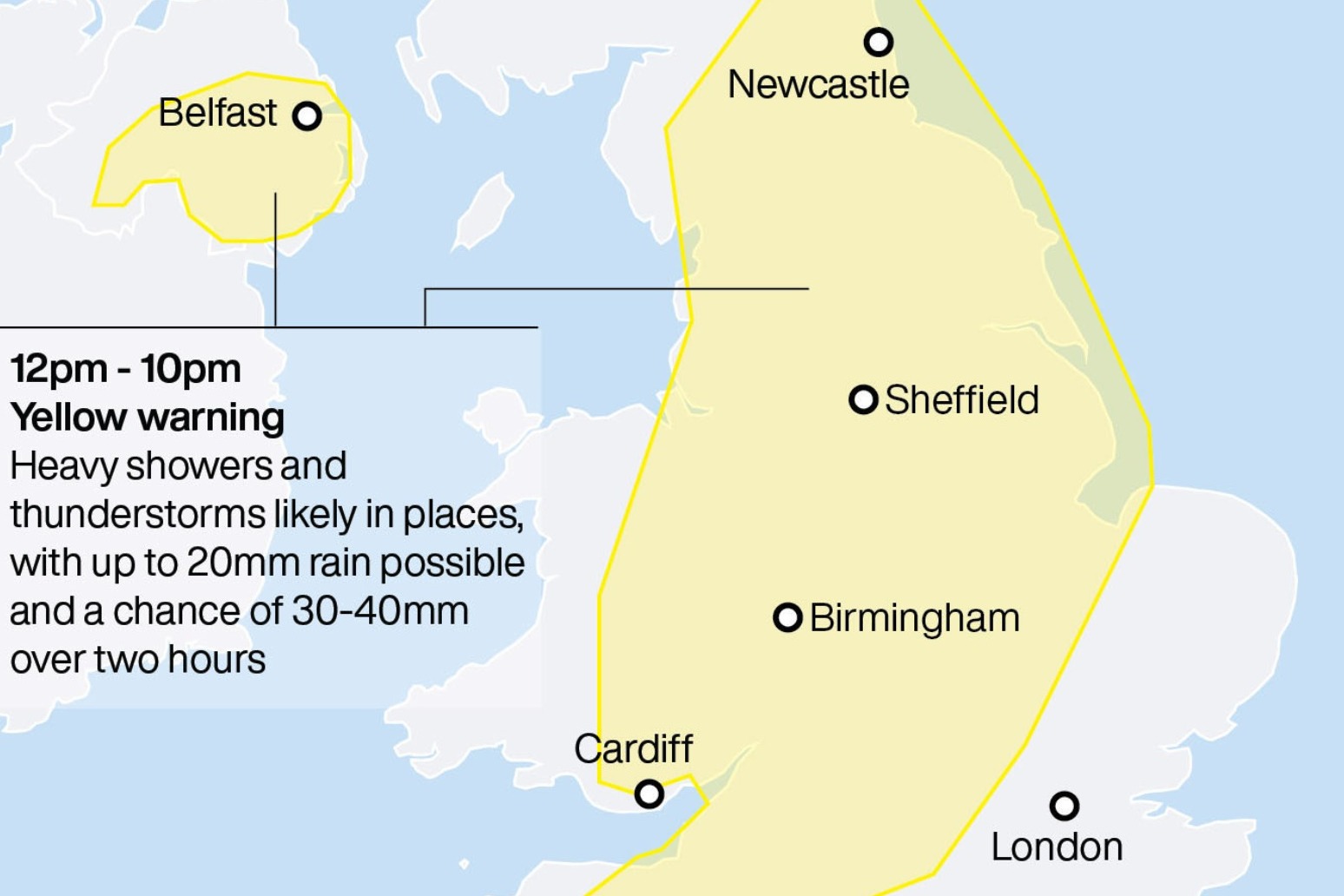 The Met Office have issued warnings for much of England, Wales and Northern Ireland

Thunderstorms are set to strike much of the UK on Saturday, forecasters have warned.

The Met Office has issued a yellow warning for heavy showers and thunder which could cause flooding, power cuts and travel disruption in England, Wales and Northern Ireland.

The warning covers large expanses of the three nations, with the exception of some coastal areas, and lasts from midday until 10pm on Saturday.

Met Office forecaster Greg Dewhurst said up to 40mm (1.6in) of rain is expected to deluge the areas covered by the yellow warnings on Saturday.

He said: “On Saturday we will see a band of heavy rain push north-eastwards across the UK, followed by sunshine and heavy showers.

“Sunday will see the heavy rain clearing to bright and sunny spells and heavy showers in the east.”

This comes after areas including London have already seen a month’s worth of average rainfall for August with 12 days still to go.

Mr Dewhurst said City of London has had 117% of its usual August rainfall already, with 60mm (2.4in) of rain falling on the capital up to August 19, compared with 51mm (2in) usually seen over the entire month.

Meanwhile, other areas have been exceptionally dry, including North Yorkshire which has had less than 50% of its usual rainfall.

(CNN) — While our passports haven't been getting many stamps since March 2020, at least our vocabularies are expanding. Variants, mandates, quarantines and requirements -- who knew 2021 would be so polysyllabic? CNN Travel has, as always, been keeping an eye on the week's developments and here's our roundup of what we learned in Covid travel in the last seven days. 1. American Airlines won't serve alcohol in coach until […]