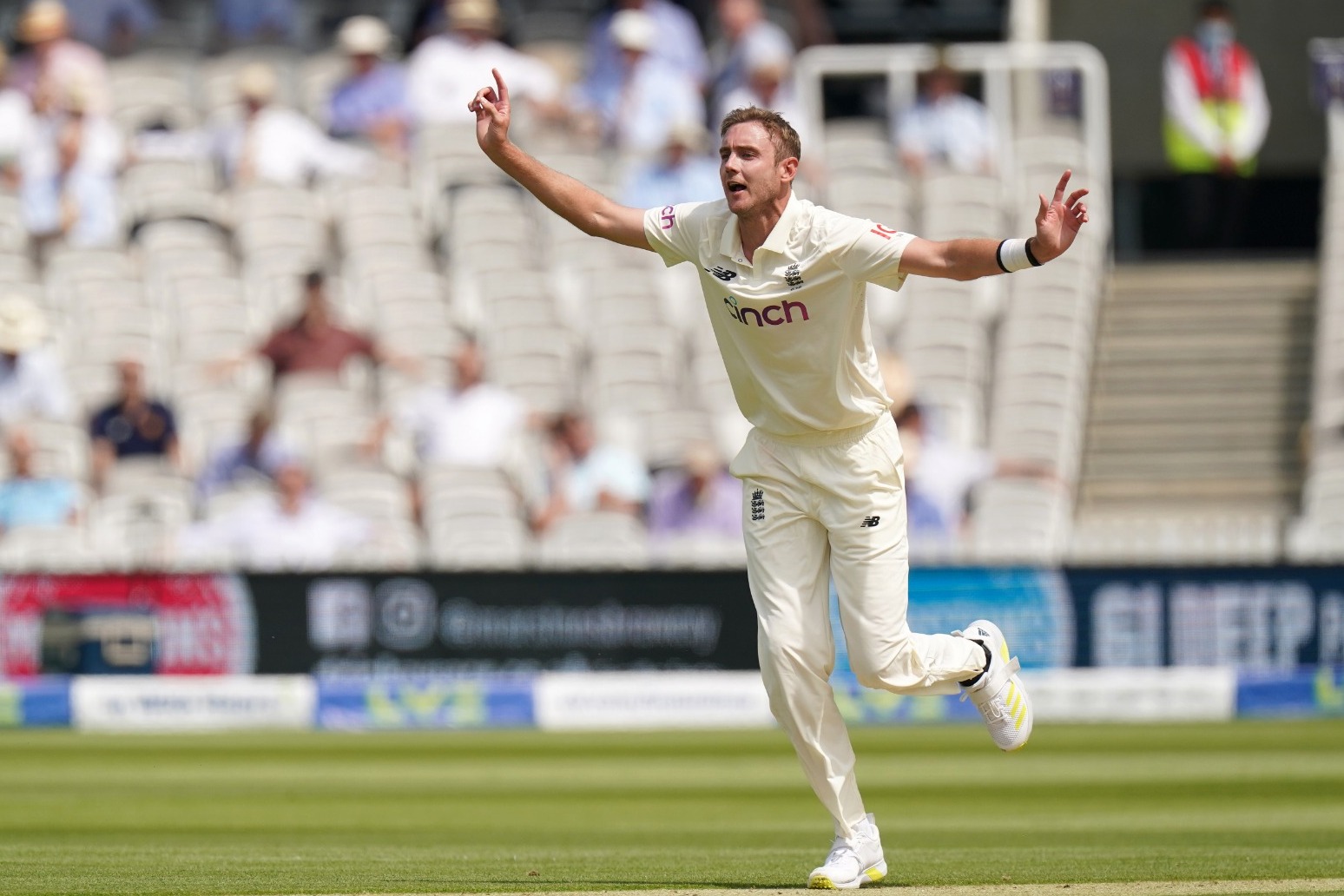 Stuart Broad has studied how wickets have fallen in Australia in recent years and come to the conclusion that England do not need out-and-out pace as long as they are “relentless” as a collective bowling unit.

With Jofra Archer and Olly Stone on the sidelines for this winter’s Ashes, England have Mark Wood as the only quick who can regularly breach 90mph – and the Durham fast bowler has his own chequered past with injury struggles.

Broad, on the comeback trail himself after missing England’s marquee summer Test series against India owing to a torn right calf, is well aware of the perception that speedy seamers are a necessity for success in Australia.

But after delving deep into the methods of dismissal in the last six years for right-arm over-the-wicket to right-handed batters and right-arm round-the-wicket to left-handers, Broad believes fast-medium bowlers can thrive.

“We know it’s a tough ask going to Australia, there’s no doubting that,” said Broad. “But often in England we talk about express pace consistently and that’s not what I’m seeing with the research I’m doing.

“It’s no good us going ‘we’re going to blast everyone out’ because realistically we’ve only got Mark Wood that bowls over 90mph. We have to use what’s in our armoury and that is world-class relentlessness.

“I’m not too worried, obviously it would have been great to have Jofra Archer there and have that express pace but you need to move the ball, you need to be relentless and that’s what we’ve got to aim to do.”

Broad thinks a “fascinating” and “unpredictable” series awaits, with many players heading straight to Australia from the Twenty20 World Cup but, for various reasons, some participants will not have had an international game in months.

Where he has more certainty is that England must hit the ground running when the series starts on December 8 in Brisbane, where Australia have lost just once since 1988, with India causing a seismic upset earlier this year.

“We need our sole focus to be exceptional for Brisbane,” said Broad. “I think Brisbane, the Gabba, holds the key to the series. We’ll be very prepared for that.

“It is making sure we’re 100 per cent on the money at Brisbane because you can put this Australia team under pressure, on the field and off the field, if we do our job on the field really well at the start.”

Broad is confident of being fit for the series opener, having started bowling again, although he revealed he will not come up against a batter, even in the nets, until he touches down in Australia next month.

Even with 524 Test wickets to his name – only long-time opening bowling partner James Anderson, with 632, and Australia great Glenn McGrath, with 563, have more among seamers – Broad still bristles at getting driven.

“I can’t control my competitive instincts,” he said. “When you slightly overpitch and it gets belted back past you, even in a net I can’t let that happen and I would try a bit harder. It might put myself in some sort of danger.”

Ben Stokes was considered unavailable when the 17-strong Ashes squad was announced earlier this month as he focuses on his mental wellbeing and recovery from a second operation on a problematic left index finger.

However, the all-rounder has fuelled speculation of a late inclusion by posting a video of his return to nets on Thursday, batting for the first time since taking an indefinite break from the game at the end of July.

Broad, speaking at a LV= Insurance ‘In With Heart’ Tour event to support grassroots cricket, added: “He sent me a WhatsApp when he gripped the bat for the first time after his surgery – he could get his hand all the way around – and he was really excited by that.

“But coming back from any injury, you have peaks and troughs with it, you have setbacks and you have really positive days. I think the key for Stokesy is for himself but everyone not to look too far ahead.

“But of course we want Stokesy fit and firing on all cylinders and that was certainly a positive step towards us seeing Stokesy doing what he does best again.”

Stuart Broad was speaking at the LV= Insurance “In With Heart” Tour, showcasing recipients of #Funds4Runs grants, a £1 million joint initiative between the ECB and LV= Insurance to support grassroots cricket. Visit lv.com/gi/cricket 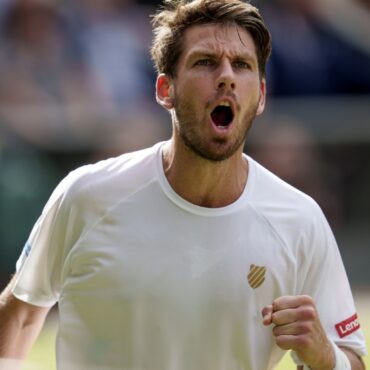 New British number one Cameron Norrie hopes his impressive run to the final of one of the world’s biggest tournaments this week can be the springboard for going deeper into grand slams next year. The 26-year-old Norrie reached the final of the BNP Paribas Open at Indian Wells with an emphatic 6-2 6-4 win over Bulgarian Grigor Dimitrov and will meet Georgia’s Nikoloz Basilashvili in Sunday’s decider. Norrie guaranteed the […]