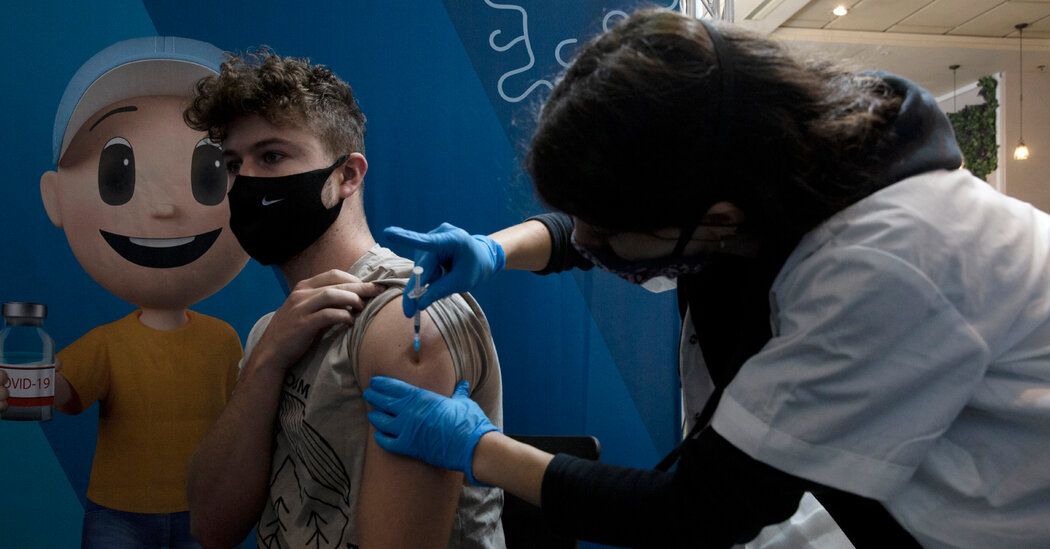 Wading into an acrimonious debate over booster doses, researchers in Israel reported on Wednesday that a third dose of the Pfizer-BioNTech coronavirus vaccine can prevent both infections and severe illness in adults older than 60 for at least 12 days.

The study, published in the New England Journal of Medicine, is the latest salvo in the conflict over whether booster doses are needed for healthy adults and whether they should be given out, as the Biden administration plans to do, when so much of the world remains unvaccinated.

Several independent scientists said the cumulative data so far suggest that only older adults will need boosters — and maybe not even them.

Vaccination remains powerfully protective against severe illness and hospitalization in the vast majority of people in all of the studies published so far, experts said. But the vaccines do seem less potent against infections in people of all ages, particularly those exposed to the highly contagious Delta variant.

What the Israeli data show is that a booster can enhance protection for a few weeks in older adults — a result that is unsurprising, experts said, and does not indicate long-term benefit.

“What I would predict will happen is that the immune response to that booster will go up, and then it will contract again,” said Marion Pepper, an immunologist at the University of Washington in Seattle. “But is that three- to four-month window what we’re trying to accomplish?”

Federal health officials — including Dr. Anthony S. Fauci, President Biden’s top medical adviser on the pandemic — have justified plans to distribute booster shots by pointing to emerging evidence from Israel and other countries suggesting that immunity from vaccination wanes over time.

The idea has sent some Americans scrambling for booster shots even before they are formally authorized, a step the F.D.A. may take as soon as Friday. But even among government scientists, the idea has been met with skepticism and anger.

Two scientists who lead the F.D.A.’s vaccine branch said they would leave the agency this fall, in part because of their unhappiness over the administration’s push for booster doses before federal researchers could review the evidence.

On Monday, an international group of scientists, which included the departing F.D.A. officials, decried the push for boosters. In their review, published in The Lancet, the scientists analyzed dozens of studies and concluded that the world would be better served by using vaccine doses to protect the billions of people around the world who remain unvaccinated.

“Our primary goal here in this pandemic was, first of all, to avoid, to end all preventable deaths,” said Dr. Soumya Swaminathan, chief scientist at the World Health Organization and a co-author of The Lancet review. “And since we have the tools to do that very effectively, we should be using it to prevent deaths around the world.”

To prevent the virus from morphing into even more dangerous forms than the Delta variant — and perhaps into one that evades the immune response entirely — the more urgent need, experts said, is to protect the unvaccinated, both in the United States and elsewhere.

The W.H.O. has asked world leaders to refrain from rolling out boosters at least till the end of the year, with the goal of immunizing 40 percent of the global population. But some high-income countries have already begun offering boosters to their residents, and others may follow their lead.

British scientists on Tuesday recommended giving third doses to adults over 50 and other medically vulnerable people in that country. France, Germany, Denmark and Spain are also considering boosters for older adults or have already begun administering them. Israel has authorized boosters for everyone over age 12 and is already contemplating fourth doses for its population.

In the new study, the Israeli team collected data on the effect of booster shots, based on the health records of more than 1.1 million people over age 60. At least 12 days after the booster, rates of infection were 11-fold lower and of severe disease nearly 20-fold lower in those who received a booster compared with those who had received only two doses, the researchers found.

The researchers acknowledged that their results were preliminary. “We cannot tell at this point what will happen in the long run,” said Micha Mandel, a professor of statistics and data science at the Hebrew University of Jerusalem.

The question is scientifically complex, in part because protecting against infection is a substantially different goal than protection against hospitalization and death.

Antibodies are the body’s frontline defense against infection. It is unlikely that vaccines will reliably protect against infections over the long term, because the antibodies they stimulate the body to produce inevitably decline over time, scientists say.

But the cellular branch of the immune system is the body’s heavy armament against hospitalization and death. So-called immune memory that is encoded in this branch can take a few days to kick in, but it remains robust months after the initial immunization.

Therein lies the problem with the booster strategy, some scientists say: The tools to prevent hospitalization and death are already at hand. If the goal is to prevent infections, the nation will be stuck in a never-ending cycle of booster shots.

“If you really use infection as an outcome, you probably need a booster every six months, which is unrealistic and unattainable,” said Dr. Peter Chin-Hong, an infectious disease expert at the University of California, San Francisco. “I don’t care about symptomatic disease — I care about severe disease.”

The only vaccinated patients he has seen in the hospital are immunocompromised or adults over 70 who also have other health conditions, he added.

In citing the need for boosters, Dr. Fauci and other health officials have referenced the Israeli data showing a rise in severe illness among vaccinated people of all ages. But lumping all age groups together can statistically inflate the rates.

When the Israeli figures are broken down by age, only people above 60 show a notable drop in efficacy against severe illness, noted Dr. Celine Gounder, an infectious disease specialist at Bellevue Hospital Center and a former adviser to the Biden administration.

“We have known for some time that the vaccines elicit less robust immune responses in the elderly,” Dr. Gounder said. “Recommending additional doses of vaccine for the elderly isn’t controversial.”

There are other differences in the vaccination campaigns in Israel and America that raise questions about whether the new results are applicable to citizens of both countries. More than 90 percent of Israelis older than 50 have been immunized, for example, and older adults are more likely to be hospitalized for Covid-19.

F.D.A. scientists acknowledged this limitation on Wednesday, saying studies based in the U.S. “may most accurately represent vaccine effectiveness in the U.S. population.”

Research in the U.S. so far also suggests a drop in vaccine efficacy against severe illness only in older adults. Three studies published last week by the C.D.C. found that the ability of the vaccines to prevent hospitalizations barely budged even after the Delta variant’s arrival, except in adults over 75.

An ongoing analysis of the Pfizer-BioNTech vaccine indicates a decline in efficacy against symptomatic infection from 95 percent during the first two months to 84 percent at four to six months after the second dose.

But other data from Pfizer, also published Wednesday, showed that the vaccine’s efficacy against severe disease held steady at 97 percent.

“We remain confident in the protection and safety of the two-dose” vaccine, Pfizer said in a statement. “However, we continue to believe that a booster dose can be used to maintain as high a level of protection over time as possible.”

For older people, a decline in protection against infection is a compelling argument for boosters, some scientists said. “One would always want to be proactive in that group versus reactive,” Dr. Chin-Hong said.

Michel Nussenzweig, an immunologist at Rockefeller University, said he wanted the booster shot (he is 66), but also supported their use in the general population to interrupt chains of transmission.

Although immunity in younger people is not yet waning, he said, an extra dose that prevents infections would curtail the spread of the virus to the unvaccinated people around them.

“It will ultimately prevent others from going to the hospital, and it ultimately would benefit the way the country is going,” he added.

Other experts questioned that premise, saying there is no data to suggest that the drop in transmission would be significant enough to justify boosters.

In younger people, officials must balance the limited benefit of a third dose with the risk of side effects like blood clots or heart problems, researchers said. And repeatedly stimulating the body’s defenses can also lead to a phenomenon called “immune exhaustion,” Dr. Pepper said.

“There’s obviously some risk in continuously trying to ramp up an immune response,” she said. “If we get into this cycle of boosting every six months, it’s possible that this could work against us.” 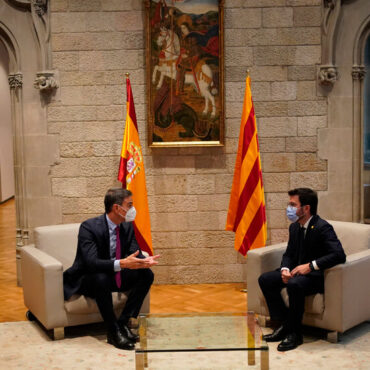 MADRID — Prime Minister Pedro Sánchez of Spain on Wednesday held a long-awaited meeting with his regional counterpart in Catalonia to seek an end to Spain’s territorial conflict, four years after a failed Catalan secession attempt and 18 months after a first round of negotiations was abruptly curtailed by the coronavirus pandemic.The talks between Mr. Sánchez and Pere Aragonès, the regional leader of Catalonia, mark the most significant attempt yet […]