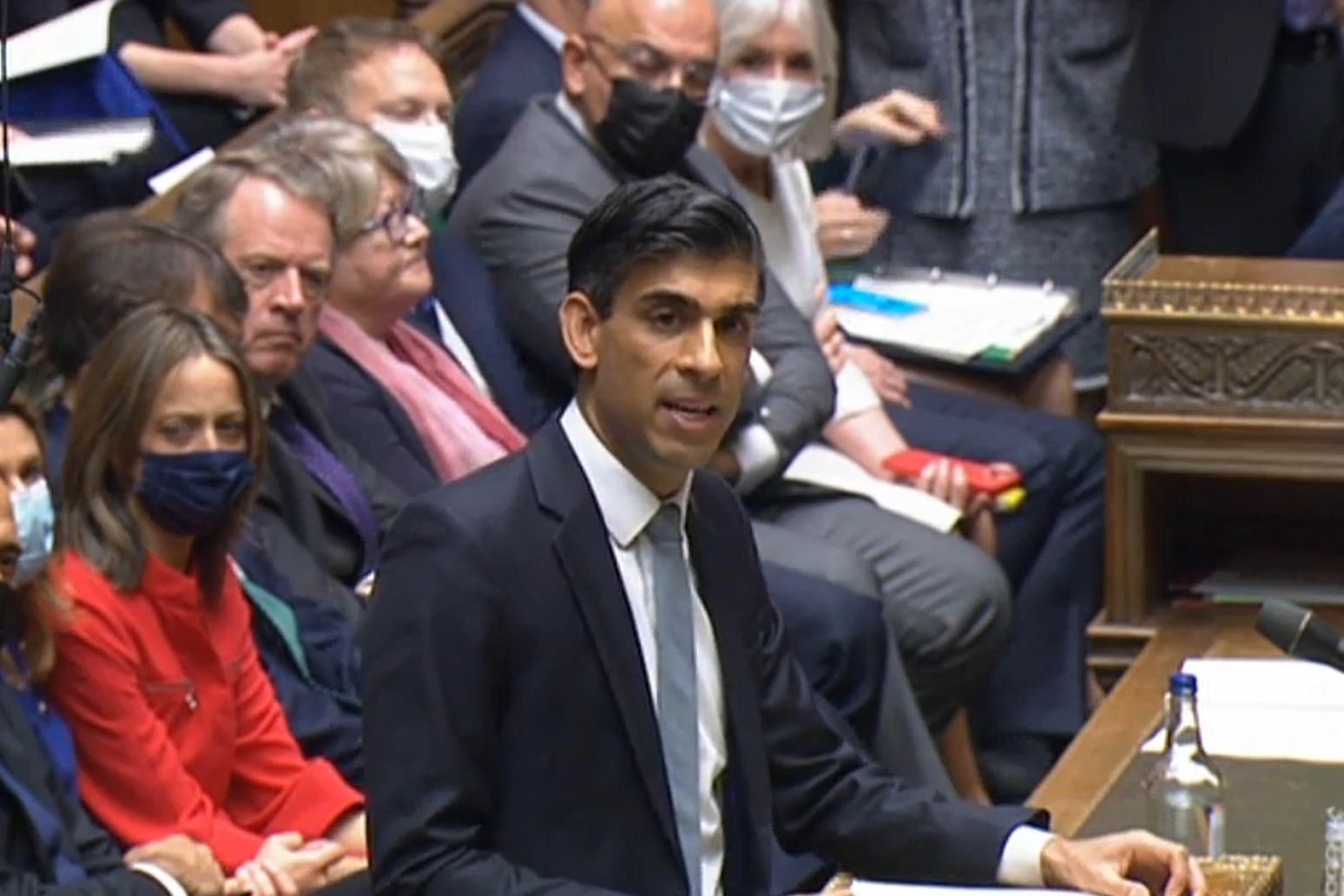 The Chancellor announced that the economy is forecast to grow 6.5% this year instead of the 4% expected in March.

Rishi Sunak promised to address the rising cost of living as he reaped the benefits of a stronger-than-expected recovery from the economic hit of Covid-19.

The Chancellor pledged a major increase in public spending, tax cuts for businesses, and investment to create a “new economy” based on high skills and wages following the pandemic.

After widespread condemnation of the decision to cut £20 a week from Universal Credit, Mr Sunak set out plans to reform the benefit to enable claimants to earn more without losing as much of it – a measure he claimed amounts to a £2 billion tax cut for the lowest paid.

But Labour hit out at the package of measures announced by the Chancellor, which will cut the price of a bottle of Champagne and slash taxes for banks.

Mr Sunak acknowledged that the tax burden will reach its highest level as a share of gross domestic product (GDP) – a measure of the size of the economy – “since the early 1950s” but insisted “I don’t like it” and stressed there have to be limits to the scope of the state.

But he committed to total departmental spending growing by £150 billion a year in cash terms by 2024-25.

“That’s the largest increase this century, with spending growing by 3.8% a year in real terms,” he said.

It will mean a real-terms rise in spending in every single government department, he told MPs.

Mr Sunak committed to reverse the controversial cut in the aid budget, although it will not return to its legally-mandated target of 0.7% of national income until 2024/25.

Local government will get £4.8 billion in grant funding over three years, the largest increase for more than a decade, he said.

He also promised that the devolved administrations will be given the “largest block grants” since 1998, with an increase to Scottish Government funding in each year by an average of £4.6 billion, £2.5 billion for the Welsh Government, and £1.6 billion for the Northern Ireland Executive.

The Chancellor was buoyed by forecasts from the Office for Budget Responsibility (OBR) which predict the economy will return to its pre-Covid level at the turn of the year and reduced the estimate of the long-term “scarring” caused by the pandemic from 3% of GDP to 2%.

The economy is forecast to grow 6.5% this year instead of the 4% expected in March.

But Mr Sunak acknowledged rising inflation, blaming it on the global reopening of economies following the pandemic, and promised further action to address strained supply chains with tax breaks and investment in lorry parks.

The Chancellor said: “Employment is up. Investment is growing. Public services are improving. The public finances are stabilising. And wages are rising.

“Today’s Budget delivers a stronger economy for the British people: stronger growth, with the UK recovering faster than our major competitors.”

Mr Sunak promised “help for working families with the cost of living”, with inflation in September at 3.1% and “likely to rise further” – the OBR expects CPI to average 4% over the next year.

As well as previously-announced increases in minimum wage rates, Mr Sunak promised changes by December 1 to the amount of extra earnings Universal Credit claimants can keep.

The move follows a widely-condemned £20-a-week cut in the benefit earlier in October.

Mr Sunak dramatically reduced the UC “taper”, meaning that, instead of losing 63p of UC for every £1 earned above the work allowance, the amount will be reduced to 55p.

The amount people can earn before starting to lose the benefit will also increase by £500.

“This is a tax cut next year worth over £2 billion,” he said.

The Chancellor announced £7 billion in business rate cuts, with the cancellation of next year’s planned increases and a 50% discount on business rates for a year for a series of retail and hospitality venues.

A wider reform of business rates will make the system “fairer and timelier” with revaluations carried out more frequently, every three years.

Other reforms to corporate taxes included slashing the surcharge on bank profits from 8% to 3%.

He also announced a series of reforms to alcohol taxes from February 2023 – including a 5% cut in duty on draught products to help support pubs.

“It’s a long-term investment in British pubs of £100 million a year. And a permanent cut in the cost of a pint by 3p.”

Taxes on sparkling wines such as Champagne and prosecco – “no longer the preserve of wealthy elites” – will be reduced to the same level as still wines, ending an “irrational” 28% duty premium.

In an immediate boost to the hospitality industry, Mr Sunak announced that the planned increase in duties will be cancelled – a tax cut worth £3 billion.

He also confirmed a widely-expected freeze in fuel duty.

Responding to the measures, shadow chancellor Rachel Reeves said: “The Chancellor in this Budget has decided to cut taxes for banks.

“So at least the bankers on short-haul flights sipping Champagne will be cheering this Budget today.” 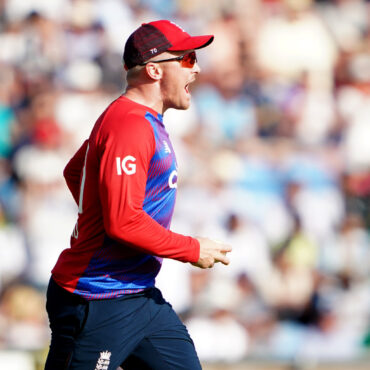 England have won both their games in the tournament, with Australia up next Jason Roy’s 61 off 38 balls made sure England easily negotiated a potentially tricky chase of 125 as they continued their excellent start at the T20 World Cup with an eight-wicket victory over Bangladesh. England had skittled the West Indies for 55 en route to a six-wicket win in their tournament opener and, despite the overbearing heat […]