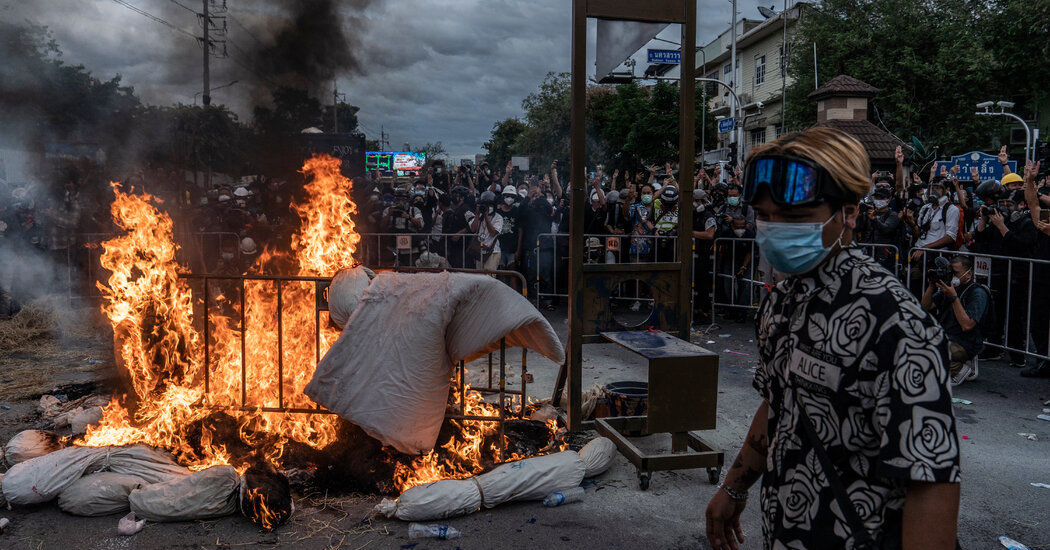 BANGKOK — In air heavy with monsoonal pressure and discontent, the riot police in Bangkok unleashed rubber bullets and tear gas. Tanat Thanakitamnuay, the scion of a real estate family, stood on a truck, where he had been excoriating Thailand’s leaders for their bungled response to the pandemic.

Then a hard object, perhaps a tear gas canister, struck his right eye, tearing his retina. Mr. Tanat, who once supported the 2014 coup that brought Prayuth Chan-ocha, now the prime minister, to power, says the injury on Aug. 13 cost him his vision in the eye.

“I might be blinded but now I’m stronger than ever, I see things clearer than ever,” he said. “People knew a long time ago how incompetent this government is. Covid is just more evidence and proof.”

Thailand, which not long ago was seen as a virus-containing wonder, has become yet another example of how authoritarian hubris and a lack of government accountability have fueled the pandemic. This year, more than 12,000 people in Thailand have died of Covid-19, compared to fewer than 100 last year. The economy has been ravaged, with tourism all but nonexistent and manufacturing slowed.

Anger is spreading, and not only in the streets. Opposition lawmakers in Parliament tried to pass a vote of no confidence in Mr. Prayuth, accusing his government of squandering the monthslong head start Thailand had to fight the coronavirus. That effort failed on Saturday, even though some members of the prime minister’s coalition had briefly fanned speculation that they might support his ouster.

This summer’s vaccine rollout, already late, was further hampered by manufacturing delays. A company with no experience making vaccines, whose dominant shareholder is Thailand’s king, was given the contract to produce the AstraZeneca vaccine domestically. The government’s failure to secure adequate imported supplies has made matters worse. Only about 15 percent of the population is fully vaccinated, and social inequalities have let the young rich leapfrog ahead of older, poorer people.

Antigovernment protests, which now occur daily, are growing more desperate, and security crackdowns more aggressive. In August, at least 10 demonstrations were broken up with force. At one, a 15-year-old boy was shot and is now in intensive care. The police have denied firing live ammunition.

“Earlier, people said they were not coming out to protest because of Covid, but now the thinking has changed to, ‘You stay at home and you will die anyway because of the government’s inability to take care of people,’” said Tosaporn Sererak, a doctor who was once a spokesman for the government unseated by the 2014 coup.

More than a dozen civil society groups, including Amnesty International and Human Rights Watch, issued a letter on Wednesday urging the authorities to show restraint.

“We are troubled by the disproportionate response of riot police to provocations by protesters,” read the letter, addressed to Mr. Prayuth. “We are also concerned by the arbitrary detention of protest leaders who have recently faced new criminal charges and have been denied bail.”

Mr. Prayuth, who led the coup seven years ago as army chief, has concentrated power in his own hands, arguing that enhanced executive powers are needed to fight the pandemic.

He has tried to quash public dissent by instituting a state of emergency and criminalizing certain criticism. Hundreds have been arrested in recent months for sedition, for so-called computer crimes and for criticizing King Maha Vajiralongkorn Bodindradebayavarangkun, which is against the law.

A prominent politician was charged with insulting the monarch after he asked why Siam Bioscience, the king’s company, was given the contract to churn out vaccines for Southeast Asia when it had not manufactured them before.

At least a dozen leaders of protests that began last year, calling for Mr. Prayuth’s resignation and for reforms to the monarchy, are now locked up, awaiting trial. Some have contracted Covid-19 in prison. On Tuesday, a United Nations official expressed concern that jailed protesters were not receiving adequate medical care.

Sureerat Chiwarak, the mother of Parit Chiwarak, a protest leader, said her son had become infected in an overcrowded Bangkok prison. Mr. Parit told his mother that there were far more Covid cases in prison than the official numbers indicated.

“Some people say, ‘Why don’t you surrender, they have your child in their hands, they put him in prison,’” Ms. Sureerat said. “No. The kids are fighting for equality, why do I have to surrender?”

With some of Bangkok’s Covid lockdown measures having been lifted on Wednesday, the protest movement is gathering momentum, even if the crowds haven’t matched the tens of thousands who turned out for rallies last year.

During last year’s protests, which were peaceful, the riot police largely showed restraint, despite their long history of shooting demonstrators.

Their response this summer has been harsher, with protests often quashed before they can coalesce. The police now regularly deploy rubber bullets, tear gas and water cannons laced with burning chemicals. Protesters respond with their own arsenals, including flamethrowers and slingshots.

Opposition figures say the urge to confront the police during a pandemic is a sign of widespread desperation.

“People who supported the government have also gotten infected, and this makes them rethink and question why they have to suffer like this,” Mr. Rangsiman said.

On Aug. 29, two antigovernment protests coalesced in Bangkok. The first was a gathering of hundreds of cars and motorcycles. After a period of intense honking, they dispersed.

The second rally, smaller and angrier, formed in a business district. Motorcyclists used paper to cover their license plates and helmets to obscure their faces. Other protesters hid behind balaclavas. No one wanted to speak openly about why they were there.

The tear gas began flowing before dusk, and the police fired streams of purple water, presumably to mark the demonstrators. Low booms reverberated and smoke filled the air as protesters flung projectiles. As night descended, small fires burned. On Saturday, the riot police set up shipping containers to impede one rally, while a smaller protest erupted into violence.

Mr. Tanat, the protester who was partially blinded last month, is a beneficiary of the privilege that has split Thailand into a tiny group of haves and tens of millions of have-nots, a divide that has fed political unrest for years. He said some of his rich friends had also begun attending rallies, hopping on their chauffeurs’ motorcycles to get there rather than being driven in their usual Rolls-Royces or Maybachs.

But most protesters are from the struggling class that has been further impoverished by the pandemic. Nipapon Somnoi said her son, Warit Somnoi, 15, had offered to quit school to help the family, but she would not allow it.

The boy ended up at a protest in mid-August. Video footage, which she cannot bear to watch, shows the moment when a bullet hit his neck and, as a CT scan confirmed, lodged at his spine. The police reiterated that the security forces did not use live ammunition. Ms. Nipapon said she did not know what to believe.

Her son has been in a coma for more than two weeks. She worries that because her family is neither rich nor famous, his fate will be forgotten.

“Sometimes I think, one tear gas canister could buy six to eight doses of a good-quality vaccine,” Ms. Nipapon said. “The state keeps saying that we are a democracy, but they only listen to their own voice.”

Late last month, she sat at the hospital, caressing her son’s face, asking if he could hear her.

“There were moments when I called his name and saw his eyelids move,” she said. “There were tears seeping out. But I don’t know.” 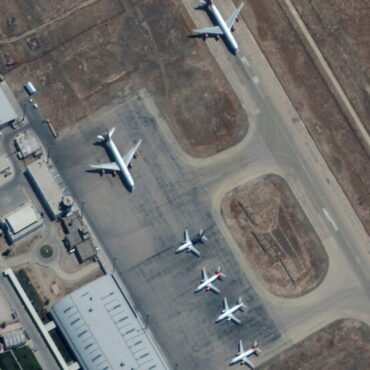 Around 1,000 people, including dozens of American citizens and Afghans holding visas to the United States or other countries, remained stuck in Afghanistan for the fifth day on Sunday as they awaited clearance for the departure from the Taliban. The holdup reflects the challenges of foreign governments working with the group, which has yet to form a government.Negotiations to allow the planes to depart, involving officials of the Taliban, the […]