The Best Movies and TV Shows New to Netflix, Amazon and Stan in Australia in December 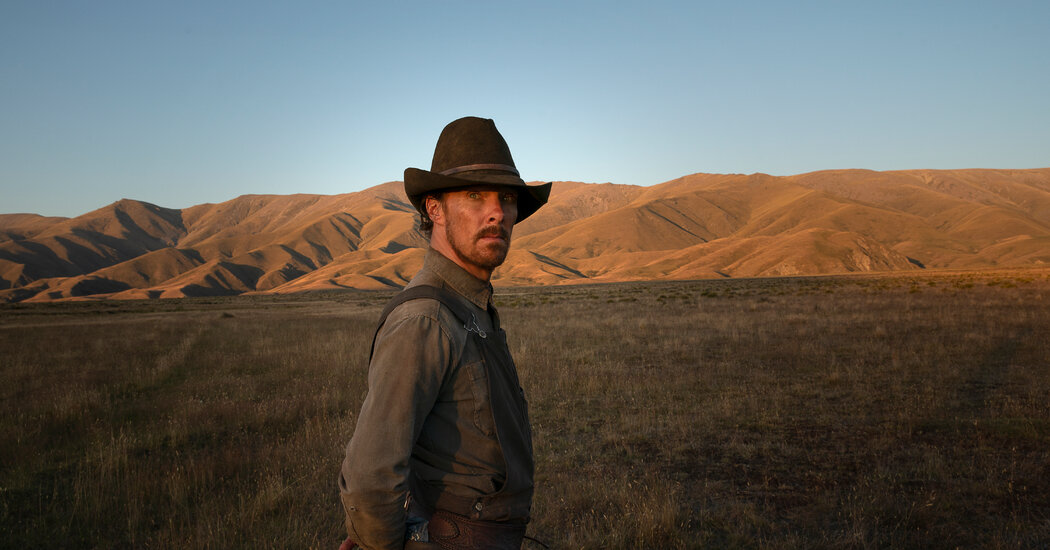 Every month, streaming services in Australia add a new batch of movies and TV shows to its library. Here are our picks for December.

‘The Power of the Dog’

Adapted by “The Piano” writer-director Jane Campion from Thomas Savage’s 1967 novel, “The Power of the Dog” stars Benedict Cumberbatch as a 1920s Montana rancher named Phil Burbank — a man with an aristocratic background and a thick sadistic streak. Jesse Plemons plays Phil’s much gentler brother George, who marries a local widow named Rose (Kirsten Dunst) and then disrupts the social dynamic on the Burbank spread when he invites Rose’s studious teenage son Peter (Kodi Smit-McPhee) for a visit. Intriguing and unpredictable, “The Power of the Dog” is a handsome-looking and difficult to define neo-western, exploring the sometimes suffocating expectations of traditional gender roles.

Film buffs ought to find this creative series of video essays entertaining and challenging. Produced by thoughtful cinephiles (including the accomplished director David Fincher), “Voir” explores different aspects of movies and movie culture, including such subjects as: the sometimes limiting visual design of modern animation; the perverse appeal of antiheroes; and the thirst for broader cultural representation. The episodes combine new footage, old clips and probing interviews, skillfully edited into sharp commentaries on the transformative power of cinema.

At once a parody of cruddy old ’80s and ’90s cartoons and a serialized story exploring the profound emptiness of some children’s entertainment, “Saturday Morning All Star Hits!” (a.k.a. “SMASH!”) stars the quirky comedian Kyle Mooney in a dual role as the shaggy twin brother hosts of an old network TV animation bloc. Mooney also cocreated the series with the adult animation veteran Ben Jones. Working with their team of writers and illustrators, Mooney and company riff on the vacuity of many fondly remembered kiddie shows.

The hit TV adaptation of the Polish author Andrzej Sapkowski’s “The Witcher” novels and short stories returns for a second season, continuing the story of the monster-hunter Geralt (Henry Cavill) and the various mercenaries and courtly agents who have crossed paths with him through his decades of service. This show’s narrative structure can get pretty intricate — with intertwining story lines connecting different timelines — but the main attractions remain the spectacular sword-and-sorcery action sequences and Cavill’s performance as a skilled warrior and magician burdened by his own talents.

Written and directed by “The Big Short” and “Vice” filmmaker Adam McKay, the black comedy “Don’t Look Up” stars Jennifer Lawrence and Leonardo DiCaprio as a pair of undistinguished scientists who discover that a comet is about to strike the Earth, obliterating life as we know it. The all-star cast includes Meryl Streep as a vain and shortsighted U.S. president, Mark Rylance as a quietly cocky tech guru, and Tyler Perry and Cate Blanchett as a pair of shallow, popular TV talk show hosts. These characters — along with the skeptical general public — block the heroes at every turn, in a movie that satirizes society’s unwillingness to acknowledge and tackle its toughest problems.

Olivia Colman and Jessie Buckley both shine in the writer-director Maggie Gyllenhaal’s adaptation of the Elena Ferrante novel “The Lost Daughter.” The actresses play the same character at different ages: Leda Caruso, a brilliant scholar and mother who has sometimes felt resentful of her parental responsibilities. The movie mostly takes place at an island resort, where the vacationing older Leda keeps getting distracted by an overbearing family of tourists — including a bewitching young mom named Nina (Dakota Johnson). As the story flashes back to Leda’s past, Gyllenhaal and company effectively dramatize the ambiguous feelings a lot of parents have toward the obligations that can get in the way of living freely.

‘Christmas on the Farm’

A screwball comedy twist on the traditional holiday romance, “Christmas on the Farm” stars Poppy Montgomery as Emmy, a struggling New York writer who lands a huge book deal by passing off her late mother’s journals about life in rural Queensland as her own autobiography. When her publisher asks to spend an old-fashioned Australian Christmas with her new star author, Emmy has to scramble to pretend she’s a traditionalist farmer’s wife — a ruse complicated by the arrival of the publisher’s attractive son.

This semi-true crime story stars Olivia Colman and David Thewlis as the married couple Susan and Christopher Edwards, who lived a long time with a dark secret: that Susan killed her parents, and that she and Christopher lived off the pension checks of the corpses buried in the backyard. In “Landscapers,” the writer Ed Sinclair and the director Will Sharpe use their antiheroes’ love of movies to inject a little stylistic flair into what is ultimately a strange kind of mystery, delving into the reasons two lovers felt obliged to turn to violence and chicanery.

The comedian Will Forte and his former “Saturday Night Live” collaborators Jorma Taccone and John Solomon revive Forte’s cult favorite character MacGruber, a bumbling special agent modeled after the hero of the TV series “MacGyver” (but much, much sillier). MacGruber debuted in a string of “SNL” sketches that kept finding inventive new ways to rework the same punchline: showing how a momentary distraction could lead to utter disaster. Like the 2010 movie version, expect this new serialized “MacGruber” to mock — with love — over-the-top spy thrillers.

Five Movies to Watch This Winter

Though it is classified as science-fiction, this mini-series adaptation of Emily St. John Mandel’s 2014 novel may strike some as a ripped-from-the-headlines drama. Set in the years before, during and after a devastating pandemic, “Station Eleven” primarily follows Kirsten (Mackenzie Davis), a member of a traveling theater troupe trying to keep culture alive in the makeshift settlements the plague’s survivors established. While tracking Kirsten’s journey through this sometimes-terrifying new world, the show flashes back to the way things used to be, telling ironic stories about troubled characters who had no idea how bad things were about to get.

‘Biggie: The Life of Notorious B.I.G.’

The late hip-hop artist Christopher “Biggie Smalls” Wallace — A.K.A. “the Notorious B.I.G.” — was a pioneering rapper whose songs about growing up in a crime-ridden neighborhood influenced a generation of musicians. As this documentary makes clear though, there was more to Wallace than just his pulpy crime stories. With the help from interviews with Wallace’s mother, wife, friends and colleagues, the director Mark Ford paints a picture of a man of many interests, who was killed before he had the chance to fully prove that his work could fuse different genres and ideas into a new sound.

The phenomenal Riz Ahmed stars in this tricky science-fiction thriller, playing a Marine who becomes convinced that the Earth has been invaded by evil alien insects that only he seems able to detect. The director Michael Pearce (who also co-wrote the script with Joe Barton) keeps the action in “Encounter” low to the ground. He also keeps the matter of the hero’s fragile mental state mostly ambiguous, making this movie into the story of a loving father determined to save his young sons from a threat that may not exist.

Though it has never been a huge hit, the science-fiction series “The Expanse” — based on James S.A. Corey’s novels — is such a favorite among genre connoisseurs that it was saved from cancellation back in 2018, just after Season 3. The upcoming Season 6 is being touted as the show’s finale; but there are still lots of stories to be told within this future universe, where human colonists scattered throughout the solar system (and beyond) are perpetually on the brink of war. Still, until “The Expanse” gets rescued again, fans should savor what could be the last days of one of TV’s most exciting and well-plotted space sagas.

Nicole Kidman plays the groundbreaking comedian Lucille Ball, and Javier Bardem plays her husband and business partner Desi Arnaz in the backstage drama “Being the Ricardos,” set mostly during one week in the production of the 1950s sitcom “I Love Lucy.” The writer-director Aaron Sorkin — who has tread this kind of ground before with his TV series “Sports Night” and “Studio 60 on the Sunset Strip” — uses a fragment of Ball’s life story as a way into a larger consideration of old-fashioned American showbiz, locked into an era marked by Communist witch-hunts and a staunchly paternalistic social order.

They bought a cheap house in Italy. Here’s what they learned

(CNN) — Buying a cheap property in Italy is an attractive prospect for many travelers, particularly with the ever-growing number of towns offering up homes for next to nothing through regeneration schemes.While some have been brave enough to take the leap and snap up a house ranging in price from one to a few thousand euros in a rural Italian village, others are likely to have been deterred by the […]