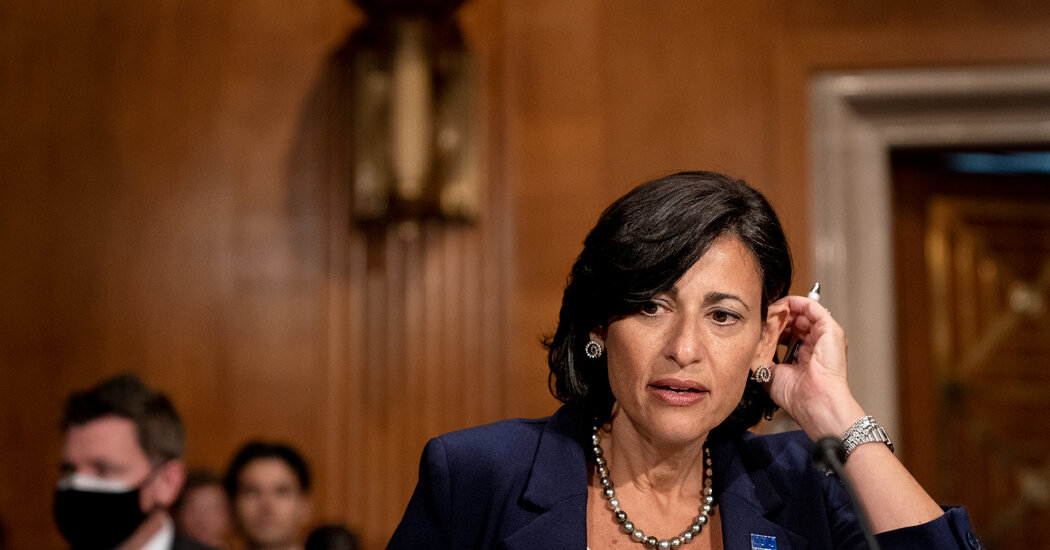 Early this summer, Dr. Rochelle Walensky, the director of the C.D.C., went on a podcast and did something that top public-health officials are often uncomfortable doing: She spoke in straightforward, clear language. She dropped the bureaucratic reticence that treats scientific questions as either settled or unanswerable. She acknowledged nuance and uncertainty while still offering useful guidance.

I want to revisit that interview today, because it covered a topic that’s back in the news: Covid-19 booster shots. Yesterday, the F.D.A. authorized Americans to receive a booster shot with a different vaccine than their original dose — an approach known as mix and match — and the C.D.C. may confirm that decision this week. If so, federal policy would be more in line with Walensky’s comments on that June podcast.

Today’s newsletter will explain how the change may benefit people — and ask why it took so long.

To veer or not

The podcast was “In the Bubble with Andy Slavitt,” and Slavitt’s background might explain why Walensky took a less formal approach.

Slavitt ran Medicare and Medicaid during the Obama administration, and when he spoke with Walensky in June, he had just finished a stint as a Covid-19 adviser to President Biden. Even though Slavitt and Walensky were speaking on a public podcast, their tone at times resembled that of a private conversation between colleagues — which is what they had been until a few weeks earlier.

During the conversation, Slavitt asked Walensky whether people who had received a Johnson & Johnson Covid vaccine should consider getting a follow-up shot from one of the mRNA vaccines, either Moderna’s or Pfizer’s. The J.&J. vaccine has officially been a single-shot vaccine, unlike the others, and also seems to be somewhat less effective. Understandably, many J.&J. recipients have wondered whether they should get a second shot from one of the mRNA vaccines. Some doctors and scientists, finding the evidence persuasive, have already done so themselves.

Walensky began her answer by restating official C.D.C. policy: “We’re not currently recommending it.” But then she added the fuller truth: “I’ll tell you what we do know, and some places where I think people might veer from standard guidance.”

She explained that the AstraZeneca vaccine — available in many other countries — was very similar to the J.&J. vaccine. And some people who had received a single shot of AstraZeneca decided to follow it up with an mRNA shot. There was not much data about how well that worked, Walensky said, but it was probably safe and she understood why some people might choose to do so.

At this point, Slavitt put the question in personal terms: “If someone you knew said, ‘I’m going to get the mRNA vaccine because I’m just too nervous,’ you wouldn’t lay down in the tracks necessarily and say, ‘This is a huge mistake’?”

“Not with what I’ve seen so far,” Walensky replied. If you chose to take a mix-and-match approach, she added, “you have to be willing to take the risk-benefit there.”

I found her comments both jarring and refreshing at the time, because they reminded me of how officials and experts often speak when talking to friends and relatives (or when talking off-the-record with journalists).

Walensky was being transparent. She was treating her audience like adults capable of handling subtlety. She was laying out what health officials believed with a very high degree of confidence: The vaccines were all extremely safe and highly effective at preventing serious illness, even if the J.&J. shot was a little less effective. She was also engaging with a specific question on many people’s minds and helping them think through the unavoidably uncertain options.

Health officials are frequently unwilling to take that second step in public. When confronted with uncertainty, they do not acknowledge it. They ignore gray areas and talk in black and white.

J.&J. booster shots have been one example: Federal policy has left many J.&J. vaccine recipients anxious and uncertain about what to do, even as the available evidence seems to indicate that a mix-and-match approach is the most promising. (In The Washington Post, Dr. Leana Wen explains how the evidence guided her own decision.)

The flip-flop on masks last year was another example. Government officials first dismissed the many reasons to believe that masks could reduce the spread of Covid (like their longtime effectiveness in hospitals) — and went so far as to discourage mask use. Then, after the evidence had cleared a certain threshold, they reversed themselves and urged Americans to start wearing masks immediately. It was a 180-degree turn on an issue that didn’t require it.

Conducting public-health policy during a pandemic is not easy. There are rarely perfect solutions. And the country’s health officials overwhelmingly have good motives.

In many of their minds, an extremely cautious approach is the right one. Until they know something with near certainty, they don’t talk it about it publicly. When asked about an issue involving uncertainty, they tend to duck the question and restate official policy.

But this approach creates its own problems. During a crisis, people have to make uncertain decisions. Pretending otherwise doesn’t eliminate those decisions. If anything, the refusal to acknowledge uncertainty can undermine officials’ credibility, as happened with masks.

Imagine how things might be different if officials were more straightforward with the public:

In most of these cases, health officials ultimately decided that they were willing to trust Americans with something resembling the full truth. It just took awhile. That’s the path the government is following on J.&J. booster shots.

The Industrial Workers of the World virtually invented the modern protest song, the guitarist Tom Morello writes. (Sign up to receive his weekly Times newsletter.)

Ted Sarandos, Netflix’s co-chief executive, supported Chappelle in memos to employees, and has said that the special would not lead to real-world harm. On Tuesday, Sarandos said that he “screwed up” with internal communications, but he defended the company’s decision to carry the special. “I do not believe it falls into hate speech,” he said.

Last week, the company also fired a transgender employee whom it accused of leaking sensitive documents. (The leak was featured in a Bloomberg report that included company metrics for how valuable the special was relative to its budget.)

Outside a Netflix office in Los Angeles yesterday, employees joined more than 100 protesters, carrying signs that read “Hey Netflix: Do Better” and “Transphobia Is Not a Joke.” Employee demands include the hiring of more transgender people and the addition of warning labels to transphobic content. — Sanam Yar, a Morning writer

The pangrams from yesterday’s Spelling Bee were diatomic and idiomatic. Here is today’s puzzle — or you can play online. 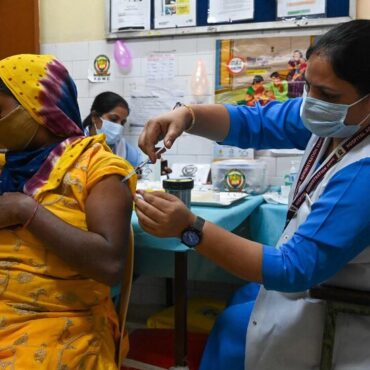 India on Thursday celebrated having administered a billion doses of Covid vaccine, drawing on local manufacturing after devastating early stumbles in its pandemic response.Still, the country has some way to go in fully vaccinating its population: Just 30 percent of the 900 million people eligible for vaccination in India have received two doses.It was a turnaround in a vaccination drive that got off to a slow start, as India’s governing […]