The Invasion of Ukraine: How Russia Attacked and What Happens Next 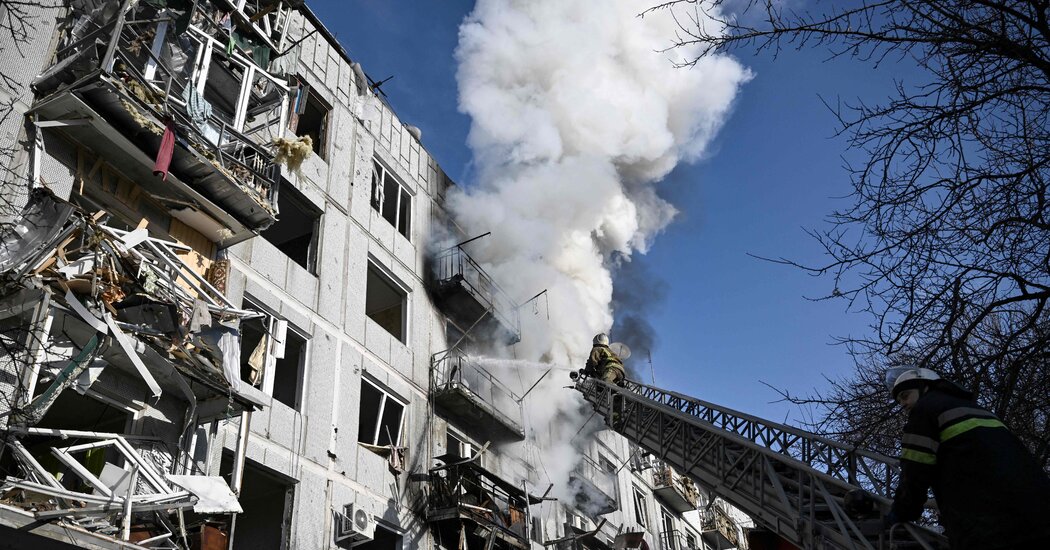 After months of troop and tank buildups, of grim warnings of violence and vague assurances of peace, and of efforts at diplomacy in Washington, the halls of the United Nations and the capitals of Europe, Russia’s invasion of Ukraine began early Thursday morning, with shelling and rocket attacks on several major cities including the capital, Kyiv.

Explosions thundered in the dim light before dawn, minutes after President Vladimir V. Putin of Russia declared the start of a “special military operation” to “demilitarize” Ukraine but not occupy the country. His announcement came as the United Nations Security Council held an emergency meeting, stunning ambassadors who had to deliver impromptu reactions to the rapidly changing events.

Hours before the attacks began, President Volodymyr Zelensky of Ukraine made a dramatic televised plea to the people of Russia, saying he wanted to speak to them directly after Mr. Putin had rejected his phone call.

They did not get it.

Here’s a look at the conflict, how it came to this point and what happens next:

What is the state of the fighting?

Ukrainians had hoped for months that the forecasts of an invasion from Russia, a nation with which they share much history and culture, could not be true. But on Thursday they awoke to its dire reality.

Long lines of cars moved out of Kyiv, many heading west in hopes of finding sanctuary in one of the few parts of the country not ringed with Russian forces. In other places people sought protection in subway stations and bomb shelters as air raid sirens sounded out.

Russian missiles hit the cities of Dnipro and Kharkiv. Explosions were reported in Kyiv, including at the capital’s airport. Russia said its forces had disabled all of Ukraine’s air defenses and air bases, while Ukraine’s military said it had shot down five Russian planes and one helicopter.

In the east, Russian-backed separatists launched attacks in the breakaway regions of Luhansk and Donetsk, which they claim but only partly control, Russian state media reported.

Ukraine’s government said Russian troops also attacked from Belarus to the north, where they had been deployed for military exercises that the United States had said were possible cover for building an invasion force to assault Kyiv. The troops hit border checkpoints with artillery, heavy equipment and small arms.

In the south, Russian troops landed in Odessa on the Black Sea, according to Ukrainian officials.

Why did Russia invade?

Mr. Putin has long sought to assert some control over his neighbor, which was once part of the Russian empire and the Soviet Union. He has expressed a sense of humiliation at the collapse of the Soviet Union and grievance at how the West filled the void. NATO, the military alliance that includes the United States and European powers, has added members in Central and Eastern Europe that had once been Soviet states or part of its sphere of influence, including Hungary, Poland, Estonia, Latvia, Lithuania and the Czech Republic.

In 2008, NATO said Ukraine and Georgia, both former Soviet states, could also join, without detailing when or how that would happen. For Mr. Putin, that crossed a red line.

In 2014, after Ukraine’s pro-Russian president was ousted in giant street protests, Mr. Putin moved to annex Crimea. He also supported separatist forces that control parts of the eastern regions of Luhansk and Donetsk, where they have waged a protracted fight with the Ukrainian military.

Ukraine’s leadership has pursued a policy of closer ties with the West. The country has written into its constitution a goal of joining NATO. But that is unlikely to happen any time soon. Some member nations, which must vote unanimously, remain concerned about extending military commitments and have doubts about the strength of the rule of law in Ukraine, a young democracy with extensive corruption.

But even the remote prospect of Ukraine joining NATO has infuriated Mr. Putin, who calls it a threat to Russian security.

Starting last fall, Russia began to mass troops along its border with Ukraine and in Belarus, an aligned former Soviet state. The deployments were described as training exercises, but the force continued to expand to as many as 190,000 troops. The United States and its allies warned that Mr. Putin appeared set to invade, often citing intelligence that would have traditionally remained secret.

But on Monday Mr. Putin said he would recognize the so-called Donetsk and Luhansk People’s Republics and directed the Russian military to deploy troops in those regions for what he called “peacekeeping functions.”

In a lengthy speech, Mr. Putin presented his case for aggression against Ukraine, calling it an artificial creation of the Soviet Union that was manipulated into declaring independence. He accused Ukraine’s leaders of oppressing the country’s Russian-speaking population, fomenting hatred toward Moscow and planning hostility toward Russia, necessitating self-defense.

How has the world responded?

Ukraine, the United States and others have condemned Russia’s aggression and dismissed Mr. Putin’s justifications. The United States and European Union allies have announced a range of limited sanctions already, targeting much of Mr. Putin’s inner circle. Those measures included suspending a natural gas pipeline project to Germany, blocking international transactions by some Russian banks and freezing the overseas assets of some wealthy Russian families and top officials.

Both America and Europe promised far tougher measures if Russia went as far as a full invasion of Ukraine. They have been negotiating the outlines of the steps for weeks, and are expected to come ahead with new penalties quickly.

But the likelihood of outside military intervention appears small, even though the United States and some European allies have provided weapons to Ukraine.

Some of the first responses to Russia’s invasion came from the United Nations Security Council, which was holding an emergency meeting as Mr. Putin announced military action.

“Unfortunately, while we’ve been meeting in the Security Council tonight, it appears that President Putin has ordered that last step,” said the U.S. ambassador, Linda Thomas-Greenfield. “This is a grave emergency.”

Ukraine’s ambassador, Sergiy Kyslytsya, called on his Russian counterpart to phone Mr. Putin and ask him to stop the war. “There is no purgatory for war criminals,” Mr. Kyslytsya said. “They go straight to hell, ambassador.”

The Russian ambassador, Vasily Nebenzya, responded that his country was not attacking the Ukrainian people but rather “the junta in power in Kyiv.”

The Security Council is expected to meet Thursday to consider a resolution condemning Russian actions, which Russia, a permanent member of the council, will likely veto.

President Biden said the United States and allies will be “imposing severe sanctions on Russia” on Thursday, following an initial set of penalties this week.

Mr. Biden said he spoke with President Zelensky, who he said asked him “to call on the leaders of the world to speak out clearly against President Putin’s flagrant aggression, and to stand with the people of Ukraine.” 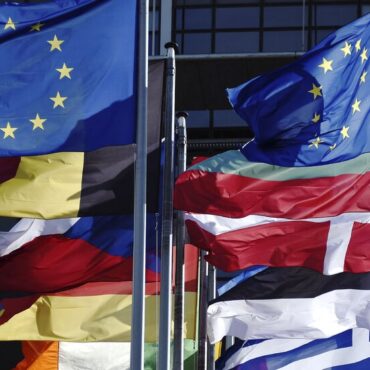 E.U. Plans Tougher Sanctions on Russia but Aims to Protect Its Own Interests

BRUSSELS — When President Vladimir V. Putin of Russia moved to recognize the separatist Ukrainian enclaves of Donetsk and Luhansk on Monday, the European Union won accolades for quickly and decisively moving to impose sanctions on people in his inner circle.Leaders in the bloc also warned that a larger package was being readied in case Mr. Putin decided to invade. And diplomats on Wednesday expressed hope that the mere threat […]