The Leadership of The Taliban, Explained: Who Are They? 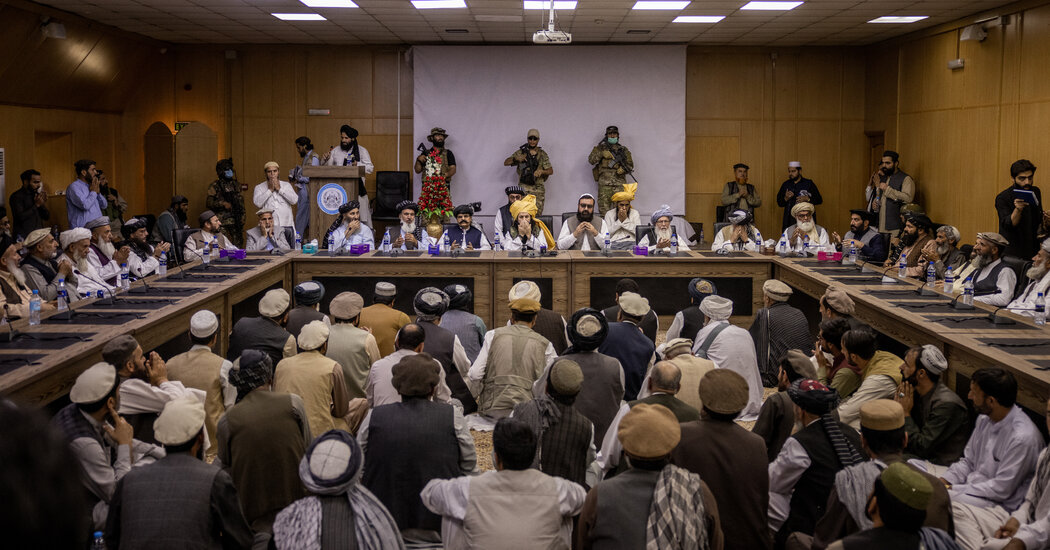 The Taliban formally declared a caretaker government on Tuesday, appointing acting cabinet ministers who were largely loyalists from the group’s first years of rule in the 1990s.

The list of ministers was the clearest indication yet that the group sees power as something to be shared exclusively among the victors, rather than fulfilling their promise of an inclusive government that factored in the reality of a changed Afghanistan where women and ethnic minorities were represented in decision making.

Though many of the new government’s senior figures have been in similar roles within the Taliban for years, relatively little is known about them. Here are details about some of them, based on New York Times reporting.

Seen as one of the founding members of the Taliban in the 1990s, Mullah Hassan will hold the prime ministerial role that looks after the day to day of governing.

He was a former deputy prime minister and foreign minister during the Taliban’s government that took control in the 1990s. During the two decades of insurgency after the Taliban fell from power, he remained low-profile and in the shadows, helping to coordinate and run the Taliban’s leadership council in Quetta, Pakistan.

Mr. Baradar, who Interpol says was born in Uruzgan Province in 1968, served along with Mullah Muhammad Omar, the Taliban’s founder, in the fight against the Soviet occupation. He held senior posts in the first Taliban government, starting in 1996, and gained a reputation as one of the most brutal commanders on the battlefield as the Taliban sought to suppress their opponents among the northern resistance. He was serving as deputy minister of defense in 2001, and like other leaders, he fled to Pakistan.

When the Taliban reformed as an insurgency, Mr. Baradar was Mullah Omar’s principal deputy, and he led the movement’s military operations. He oversaw a sharp escalation of the insurgency in 2006 but was also engaged in secret consultations with the emissaries of President Hamid Karzai and international assistance organizations.

He was detained in a joint U.S.-Pakistani raid in 2010, which Pakistani officials later said had been to end his dialogue with the Karzai government. Because of his respect within the Taliban and his previous openness to dialogue, however, the United States pressed Pakistan to release him so he could help lead the talks that began in 2019 and reached a troop withdrawal deal with the Trump administration.

During the talks, he struck up what several officials described as a warm relationship with the U.S. envoy, Zalmay Khalilzad. And in recent days, his movements within Afghanistan — first to Kandahar, the wellspring of the Taliban movement, and then to Kabul, where he began conducting leadership meetings — were seen as confirmation that the Taliban’s new government was near.

Mr. Haqqani, who is thought to be 48 and is the son of the mujahedeen commander and Haqqani network founder Jalaluddin Haqqani, is emerging as one of the biggest winners in the return of the Taliban to power. He will be the acting interior minister, in charge of law and order and possibly even local governance, and has also ensured his commanders’ positions in other key departments of the government.

In 2016, he became one of two deputies to the Taliban’s supreme leader, Sheikh Haibatullah Akhundzada, overseeing a sprawling web of fighters and religious schools, and leading much of the Taliban’s military efforts.

His Haqqani network, known for its close ties to the Pakistani intelligence service, was the most dogged opponent of the U.S. presence in Afghanistan. It was responsible for hostage-taking, targeted assassinations and suicide bombings, including some of the huge truck bombings that killed civilians in Kabul.

Mr. Haqqani and his network also have some of the strongest and longest-running ties to Al Qaeda.

“The Haqqanis sit at the nexus between the Taliban and Al Qaeda — they are one of the key bridges,” said Thomas Joscelyn, a senior fellow at the Foundation for Defense of Democracies and senior editor of the group’s Long War Journal.

Mr. Yaqoub, who is thought to be about 30, is the head of the Taliban’s military commission, and is the oldest son of Mullah Omar.

His name came to public attention during the Taliban’s leadership succession in 2016. Though Mr. Yaqoub had the support of some of the movement’s military commanders, concerns about his youth became a factor in the eventual decision to choose Sheikh Haibatullah as the insurgency’s overall leader.

In the years since, Mr. Yaqoub has risen in prominence. And in recent days he took an increasingly public role in trying to keep order among the group’s triumphant rank and file, warning that anyone caught looting “will be dealt with,” and any theft of government property would be a betrayal of the country. “There is no permission to take a car or a house from someone or anything else,” he said.

Mr. Muttaqi, who until recently was the head of the Taliban’s powerful Invitation and Guidance Commission responsible for persuading many members of the Afghan army and police forces to surrender in recent months, has been rewarded with the key post of foreign minister.

He served as information and culture minister, then education minister, in the first Taliban government. During the two decades of the Taliban insurgency, he helped shape the group’s strategy for propaganda and psychological warfare, before serving as chief of staff to the supreme leader and as a member of Taliban political delegation in Qatar.

In a movement known for its shadowy ways, Mr. Muttaqi has been one of the few consistent public faces since the 1990s. He was among the Taliban leaders who held back-channel talks with American officials over the years and was among the first senior Taliban figures seen meeting with former Afghan officials, including Mr. Karzai, the former president, as well as Abdullah Abdullah, the former chief executive officer of the government, after the fall of Kabul.

Mr. Wasiq was one of the five Guantánamo Bay prisoners released in exchange for the last U.S. prisoner of war, Sgt. Bowe Bergdahl. Upon his release, he arrived in Doha, Qatar, and became a key member of the Taliban’s talks with the U.S., spending months negotiating with his former captors their departure from Afghanistan. He is a native of Ghazni Province and is believed to be in his early 50s.

While all five of the detainees who were part of the Bergdahl exchange have gotten senior positions in the new government — three of them ministerial roles, one deputy minister and one governor — Mr. Wasiq steps into the key role of leading the same intelligence agency where he served as deputy in the 1990s. The intelligence agency was central to the Taliban’s hold on power as a police state that ran wide networks of informants.

His interrogation files from his time in Guantánamo accuse Mr. Wasiq of close ties to Al Qaeda, including arranging for the terrorist group to provide training for intelligence agents of the Taliban government.

Mr. Mujahid, who says he is 43 and a native of Paktia Province, has been the Taliban’s main spokesman and chief propagandist for years, answering reporters’ calls and keeping up a barrage of social media posts. But the world did not see his face until Aug. 17, when he conducted the Taliban’s first in-person news conference in Kabul.

Since then, he has played a primary role in trying to urge Afghans and the world to accept the Taliban as legitimate rulers of Afghanistan, and in saying that the group was turning away from some of the harsh policies of its first tenure in power.

“We don’t want Afghanistan to be a battlefield anymore — from today onward, war is over,” he said at the news conference.

Mr. Haqqani is a special representative of the Taliban’s supreme leader, and an uncle of the Taliban’s deputy leader. He has long been an important fund-raiser for the Haqqani network, with close ties in the Gulf region, and he is included on U.S. and U.N. lists of global terrorists.

In recent days, he has played a public role in establishing Taliban authority in Kabul. Just a few days after Kabul’s fall, he appeared at a prominent mosque within the city and told a cheering crowd that the Taliban’s “first priority for Afghanistan is security — if there is no security, there is no life.”

He has been the primary Taliban figure in securing bayat, an Islamic oath of allegiance, from prominent Afghan figures over the past two weeks. 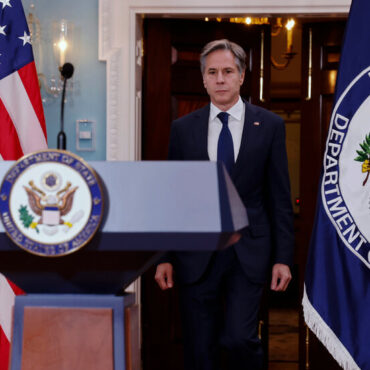 new video loaded: Blinken Meets With Afghan Women After Taliban TakeovertranscriptBackbars0:00/0:47-0:47transcriptBlinken Meets With Afghan Women After Taliban TakeoverDuring a trip to Qatar, Secretary of State Antony J. Blinken met with a group of Afghan women who are advocating for human rights after the Taliban takeover of Afghanistan.“We had a dream that Afghanistan would become within the next 10 years, a country that’s a source of high-tech technology, rather than a […]