The Limits of a Europe Whole and Free 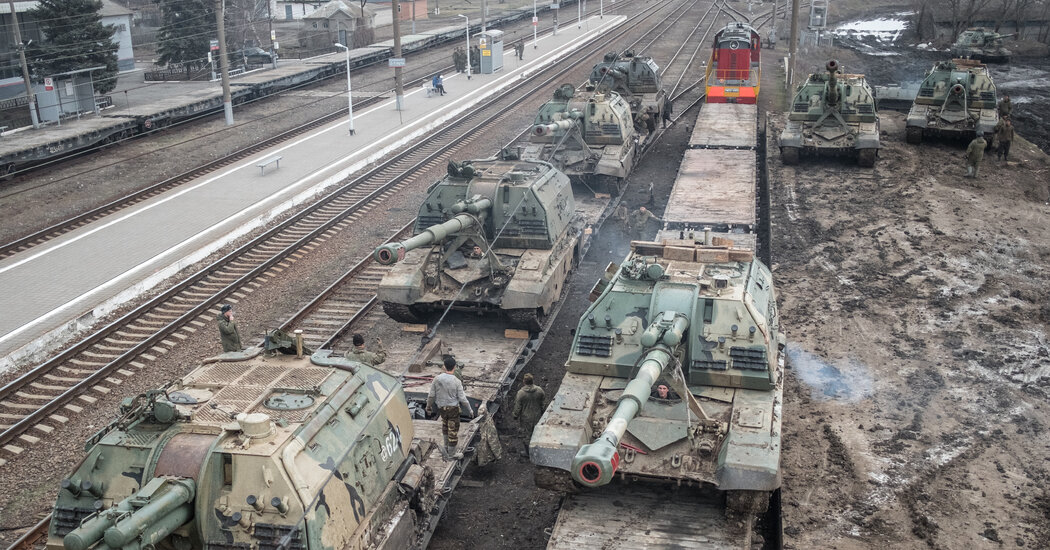 PARIS — For the prime minister of Lithuania — and Lithuania knows something of life in Moscow’s imperium — President Vladimir V. Putin’s rambling dismissal of Ukrainian statehood, used to justify sending Russian troops into the eastern part of that state, “put Kafka and Orwell to shame.”

There were “no lows too low, no lies too blatant,” the prime minister, Ingrida Simonyte, said of Mr. Putin’s menacing explanation on Monday of his decision to recognize two separatist regions of Ukraine, Donetsk and Luhansk. But if the speech revived the doublespeak of the Soviet Union, more than 30 years after its demise, did it also rekindle the Soviet threat and the Cold War that went with it?

On many levels, the challenge Mr. Putin’s revanchist Russia presents to the West is different. This Russia has no pretense of a global ideology. The Cold War depended on closed systems; computer technology put an end to that. No Soviet tanks are poised to roll across the Prussian plains and absorb all Europe in a totalitarian empire. Nuclear Armageddon is not on the table.

Yet, perhaps because of the way he prepared the ground for full-scale war, saying Russia has “every right to take retaliatory measures” against what he called a fictive nation led by usurpers who would be responsible for the bloodshed, Mr. Putin’s decision felt like a breaking point that went beyond his annexation of Crimea in 2014. It held up the specter of Europe’s darkest days. He laid down a marker, setting the outer limit of the Europe whole and free of 1989.

In its place, division and confrontation loomed in a world marked by what Secretary of State Antony J. Blinken called “President Putin’s flagrant disrespect for international law and norms.” The White House called Russia’s move “the beginning of an invasion.”

China, walking a fine line between its support for Mr. Putin and its support for the territorial integrity of sovereign nations, has declined to criticize Russia, while saying those norms must be upheld. Still, in a month when Russia and China cemented a friendship with “no limits,” Mr. Putin’s order to dispatch troops into Ukraine suggested how Russian military might and Chinese ideological and economic heft might form a potent anti-democratic front.

President Biden has often referred to an “inflection point” between liberal democracy and autocratic systems. For now, that point seems to lie in the Donetsk and Luhansk regions of a country whose name means borderland.

How far Mr. Putin is prepared to go remains unclear. A senior French official at the presidency, who insisted on anonymity in line with government practice, described the Russian leader’s speech as at once “rigid and, I would say, paranoid.”

This, he suggested, was in keeping with the man Mr. Macron found at the end of a 20-foot table in the Kremlin earlier this month, and later described to journalists on his plane as more stiff, isolated and ideologically unyielding than at their previous meeting in 2019.

Still, as Polonius put it in Shakespeare’s Hamlet, “Though this be madness, yet there is method in it.”

Mr. Putin, for all his wild imaginings about Ukraine as the “forward springboard” for some American pre-emptive strike against Russia, has been relentlessly building his case against NATO expansion to Russia’s borders and against Western democracies since the Russian invasion of Georgia in 2008. The estimated 190,000 Russian and separatist troops on the Ukrainian border and in its breakaway regions are only the latest expression of this obsession.

The open question is whether Mr. Putin has become weaker or stronger as a result of this drive.

In some respects he has achieved the opposite of his intentions. American officials argue that he has galvanized and united a NATO alliance that was casting around for a raison d’être. He shifted Ukrainian public opinion decisively against Russia and toward an embrace of NATO and the West. He damaged an already vulnerable, undiversified economy, with Germany’s blocking on Tuesday of the $11 billion Nord Stream 2 natural gas pipeline just the latest blow.

One poll this month in Ukraine by the Rating Group organization found support for NATO membership at a record high 62 percent, up from 55 percent in December.

“He has turned Ukraine against Russia,” said Jacques Rupnik, a French political scientist focused on central European countries. “That is quite an achievement.”

At the same time, however, Mr. Putin has proved effective on several fronts. The humiliated Russia of the immediate post-Cold-War years struts the global stage once more, winning the end game in Syria, working effectively through paramilitary surrogates in Africa, cementing a bond with China.

The Russian president has suspended Georgia and Ukraine in strategic limbo through the frozen conflicts he has created there. NATO membership for Georgia is no longer talked about much. Ukraine’s membership seems infinitely distant, almost unimaginable, even to its closest Western allies.

In 2013, President Barack Obama decided not to bomb Syria after Bashar al-Assad, the Syrian president, had crossed an American “red line” against using chemical weapons. Since then, Russia has moved aggressively in the apparent conviction that no provocation outside NATO countries will bring armed American reprisal.

Mr. Putin’s decision on Monday to recognize the two breakaway regions was the latest example of this probing. Mr. Biden has made clear that no American troops will be sent to die for Ukraine.

Understand How the Ukraine Crisis Developed

Failed diplomatic efforts. The United States, NATO and Russia have been engaged in a whirlwind of diplomacy to prevent an escalation of the conflict. In December, Russia put forth a set of demands, including a guarantee that Ukraine would never join NATO. The West dismissed those demands and threatened economic consequences.

NATO expansion eastward after the fall of the Berlin Wall was designed to secure and safeguard the freedom of 100 million central Europeans who had escaped the Soviet imperium. It worked. One thing Mr. Putin has not done is threaten Poles or Romanians with renewed Russian subjugation.

Its price, however, has been the festering alienation of Russia, which felt it had been betrayed by NATO at its border. This anger was redoubled in 2008 when NATO leaders issued a summit declaration in Bucharest saying that Ukraine and Georgia, once part of the Soviet Union, “will become members of NATO.” They did not say how or when because they did not know — leaving the commitment floating in a sea of treacherous vagueness.

“It was an absolutely disastrous decision,” Mr. Rupnik said. “Either you say you will take Ukraine in by a certain date assuming certain conditions are met, or you say Ukraine’s place is not in NATO and we will devise an alternative strategic framework for the neighborhood between NATO and Russia. This was the worst of both worlds.”

Just how bad is now apparent. Russia’s demand that NATO commit to never admitting Ukraine has been met by the West’s insistence that NATO’s door will remain open, even if nobody is prepared to say how Ukraine would ever squeeze through that door.

The West has complicated its position in other ways, too. As Marko Milanovic, a professor of international law at the University of Nottingham, pointed out in the European Journal of International Law Blog: “No matter how fantastical some Russian claims may be, the credibility of Western allies in responding to Russia’s violation of Ukraine’s sovereignty remains deeply undermined, on the law and on the facts, by their own previous misadventures, including the 2003 invasion of Iraq.”

In the end, Mr. Putin did what he did because he thinks he can get away with it in an unanchored world of growing Great Power rivalry, where American power is no longer determinant and the Russian-Chinese alignment is strong. But hubris is always a danger for a leader as isolated as Mr. Putin appears to be today.

The most difficult thing for a communist, it has been observed, is to predict the past. History must be molded to the imperatives of the present. That is what Mr. Putin, the former K.G.B. agent, has tried to do. The coming weeks will tell if Ukrainian anger, rediscovered NATO unity, and American determination can stop his attempt to reverse the consequences of Soviet unraveling. 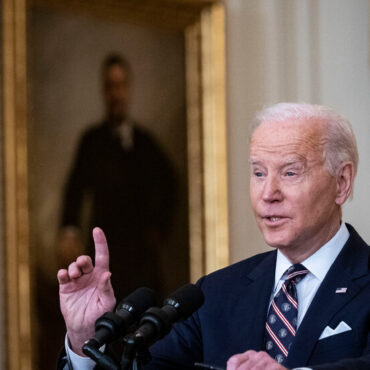 We’re covering sanctions on Russia and a sweeping Covid testing effort in Hong Kong.West hits Russia with sanctionsPresident Biden announced harsh new sanctions on Tuesday aimed at punishing Russia for what he called “the beginning of a Russian invasion of Ukraine,” joining European leaders in imposing severe economic consequences on Russia over the crisis. Here are the latest updates.Biden condemned President Vladimir Putin of Russia, saying that the Russian action […]