The Olympic Torch Arrives in Beijing Under Cloud of Protests, Covid 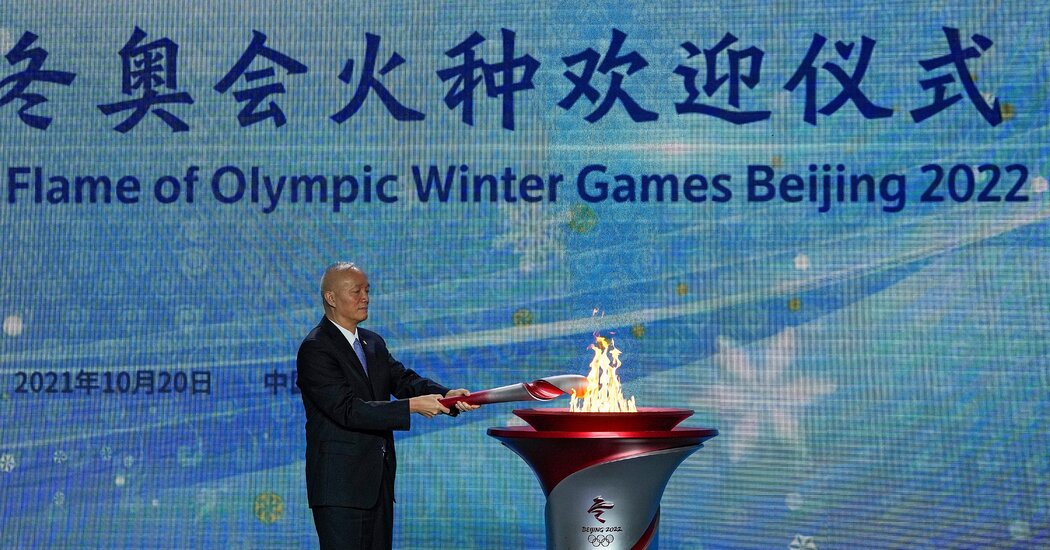 The Olympic torch arrived in Beijing on Wednesday, beginning a countdown to a Winter Games being held under the shadow of the coronavirus pandemic and calls for a boycott over China’s rights abuses in Hong Kong, Tibet and Xinjiang.

The arrival ceremony, like the official lighting of the Olympic flame in Athens on Monday, unfolded without spectators, one of many concessions to Covid-19 that will severely restrict access to the games, which begin on Feb. 4.

China, with the “full support” of the International Olympic Committee, is planning to hold the Games with even greater health protocols than those in place during the summer Olympics in Tokyo this year.

Only vaccinated and screened residents of China will be able to attend as spectators, while athletes, broadcasters, journalists and others working at the Olympic sites will be confined to one of three bubblelike environments for their entire visit. Those not vaccinated face 21-day quarantines upon arrival.

Wednesday’s ceremonies set the tone for a subdued Games. Only a small delegation at Beijing’s airport greeted the flight that brought the canister carrying the flame. The ceremonial lighting of the flame took place indoors at Beijing’s Olympic Park. International journalists were given less than 12 hours’ notice of the event — and those invited could only attend after a Covid test.

The contrast to 2008, when China first hosted the Olympics, was striking.

The ceremony then took place in Tiananmen Square in front of thousands of spectators, though under intense security because of political unrest in Tibet.

Hu Jintao, China’s leader at the time, presided. The current leader, Xi Jinping, who was already a rising political force, said that China holding the Games was the realization of a century-old dream.

China has taken a zero-tolerance approach to the virus since it controlled the spread last year, keeping its borders largely sealed and squashing periodic flare-ups by locking down entire cities and neighborhoods.

The health measures have also given the country’s authorities tools to maintain even stricter control over potential political protests.

Calls for an official boycott — or even stripping Beijing of its role as host — have gained little traction. Protesters still hope to use the international spotlight to draw attention to China’s authoritarian policies, especially against Tibetans and Uyghurs in Xinjiang, where China has carried out a campaign of mass detention and re-education.

In Athens on Monday, activists managed to elude security during the lighting of the torch, unfurling a Tibetan flag and a banner reading, “No Genocide Games.” Such a breach would be nearly inconceivable in Beijing.

A traditional relay of the torch — a ritual introduced in 1936 when Nazi Germany was host to the Summer Games in Berlin — has also been scuttled, as it was in Tokyo.

This time, organizers are planning an abbreviated relay at home on the eve of the opening ceremony in Beijing on Feb. 4. It will pass among the three sites of the games: Beijing, as well as Yanqing and Zhangjiakou, nestled in the hills north of the capital. 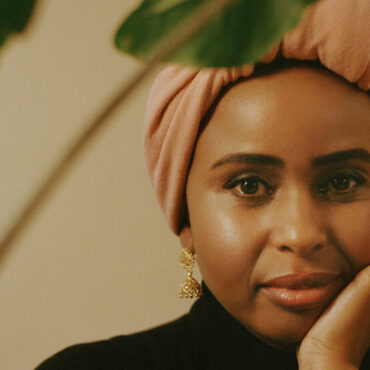 This book preceded what happened last year and in a way it’s felt as if everyone was migrating over to my position, because I’d always been ranting or raving about different cases. Whether that’s David Oluwale, who was hounded to death by the police in 1969, Joy Gardner, who was killed by officers during a deportation, Jimmy Mubenga, who was killed onboard a British Airways flight, these things have always […]