The Search for a Covid Test 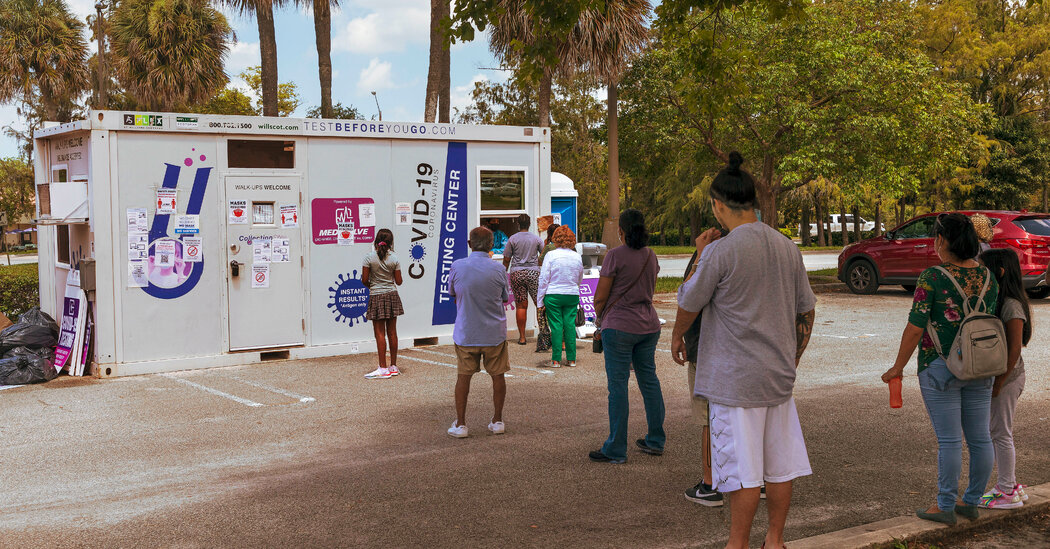 I tried to buy a rapid at-home Covid test yesterday, and the search did not go well.

My local CVS did not have any. On CVS’s website, I found a store several miles away that claimed to have the tests in stock — but I discovered otherwise after driving there. On Amazon, I did find one available option: a box of 90 rapid tests. It cost $1,122.75.

When I told this tale of woe to my colleagues during our daily news meeting, one of them — Claire Moses, an editor based in London — offered to ship me some tests through trans-Atlantic mail. At-home tests are so widely available in Britain, Claire explained, that she could send a few to every member of The Morning’s editorial team.

I said no thanks, because I did not have an immediate need for a test. I was searching for one partly to see what the experience was like. I also assume that my family will want to have rapid tests on hand at some point.

If you wake up with a runny nose or scratchy throat, you should be able to grab a Covid-19 test from your bathroom shelf and find out the result within minutes. The tests exist. They are known as antigen tests and are widely available not only in Britain but also France, Germany and some other places. Rapid tests can identify roughly 98 percent of infectious Covid cases and have helped reduce the virus’s spread in Europe.

In the U.S., by contrast, rapid tests are hard to find, because the Food and Drug Administration has been slow to approve them. F.D.A. officials have defended their reluctance by saying that they need to make sure the tests work — which they certainly do. But many outside scientists have criticized the agency for blocking even those antigen tests with a demonstrated record of success in other countries.

The F.D.A. has preferred a different kind of test, known as a P.C.R. test, which is sensitive enough to identify many noninfectious cases (including some that are weeks old). But P.C.R. tests come with a crucial downside: Many must be processed in a laboratory and take more than 24 hours to return results. In the meantime, a person with Covid may spread it to others.

Fortunately, though, today’s newsletter is not just another recounting of this country’s testing shortcomings. There has been some news this week. Soon, Americans will probably have better access to rapid tests than they now do.

The F.D.A. announced Monday that it would allow the sale of an antigen test known as Flowflex. The test has been available in Europe but not here, even though the company that makes it — Acon Laboratories — is based in San Diego.

The decision suggests that the F.D.A. has become willing to approve other rapid tests too, Alex Tabarrok, an economist at George Mason University and an advocate of expanded testing, told me. Separately, the Biden administration plans to announce an expansion of rapid testing today, a White House official told me last night. It will be a $1 billion government purchase of tests, meant to accelerate their production, on top of other money the administration has already dedicated to rapid tests.

Together, these moves will quadruple the number of rapid tests available to Americans by early December, the official predicted. Some of the tests will be free (as many tests are in Europe, thanks to government subsidies), available at one of about 20,000 pharmacies or 10,000 community clinics nationwide. Others will be for sale at retailers.

Until now, antigen tests — like the ones CVS sells — have typically cost about $12 each in the U.S. The coming influx of supply should cause the cost to fall, allowing antigen tests to become a bigger part of this country’s Covid response.

“There’s been a lot of spread of infection and a lot of disruption to people’s lives because we lack proper testing,” Dr. Amesh Adalja of Johns Hopkins University said on MSNBC yesterday. “If you can test rapidly and know your status, you can make an event very, very safe.”

As Tabarrok says, “If we are smart, we will replace masks with tests in the schools, workplaces and Thanksgiving celebrations.” (Here’s a recent profile of Tabarrok, in which Ezra Klein of Times Opinion writes that his Covid arguments have “repeatedly been proved right.”)

It is too late for rapid tests to do nearly as much good as they could have done last year, before vaccines were widely available. When future historians and scientists grade the U.S. response to the pandemic, testing is still likely to be counted as a major F.D.A. failure, across both the Trump and Biden administrations. It has been a case study of how bureaucratic caution — and a refusal to get creative during a crisis — can do harm.

But it is not too late for rapid tests to improve day-to-day life. The Biden administration finally seems to be taking significant steps in that direction.

Thomas Friedman fears that an energy crunch and a harsh winter will produce a populist backlash to climate policies.

Bad art friend: A donated kidney. A short story. And a test of the rules of fiction and friendship.

“Squid Game”: The dystopian Netflix hit taps fears that many people can relate to.

Fat Bear Week: There’s a winner. And his name is Otis.

Advice from Wirecutter: Find a pen worthy of your signature.

Lives Lived: Alan Kalter was the announcer of the “Late Show With David Letterman” for 20 years, during which he participated in many comic bits. “I don’t recall the guy ever saying no to anything,” Letterman said. Kalter died at 78.

What do fictional characters eat?

Would you like to try Plomeek soup, a Vulcan staple? It’s one of the recipes Chelsea Monroe-Cassel is developing for “The Star Trek Cookbook,” and she watched hours of episodes and movies to determine what might go into the reddish soup. (She settled on tomato, strawberry and a sprinkle of balsamic.)

Pop-culture cookbooks have been around for decades — including entries from “Dark Shadows” and “The Partridge Family” in the ’70s — though they were usually novelties that simply named recipes for characters. But recent hits, like “The Unofficial Harry Potter Cookbook,” which sold more than one million copies, showed the genre could be lucrative, Priya Krishna reports. Publishers devoted more resources, and authors put in more care, creating recipes that accounted for the climates of the fictional worlds and characters’ food preferences.

The ideal subject for a cookbook is one with an invested fandom. “People may love a series like ‘Survivor,’” Brendan O’Neill, the editor in chief of Adams Media, said, “but there is a bit of a disconnect between that and a cultural phenomenon and fan engagement you see on ‘Harry Potter’ and ‘The Simpsons’ where this universe exists.” — Sanam Yar, a Morning writer 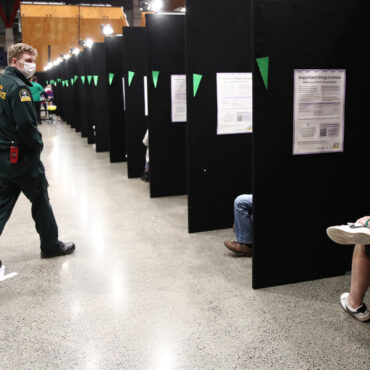 New Zealand hopes to vaccinate as many as 350,000 people in a single day next week, the country’s largest Covid inoculation effort to date, as it pushes closer to reopening its economy.Vaccination clinics will be open all day on Saturday, Oct. 16, said Chris Hipkins, the minister leading New Zealand’s Covid-19 response. The facilities will be able to vaccinate 350,000 people — about 8.3 percent of the eligible population of […]