The U.S. retaliates over the airport bombing, days before the withdrawal deadline. 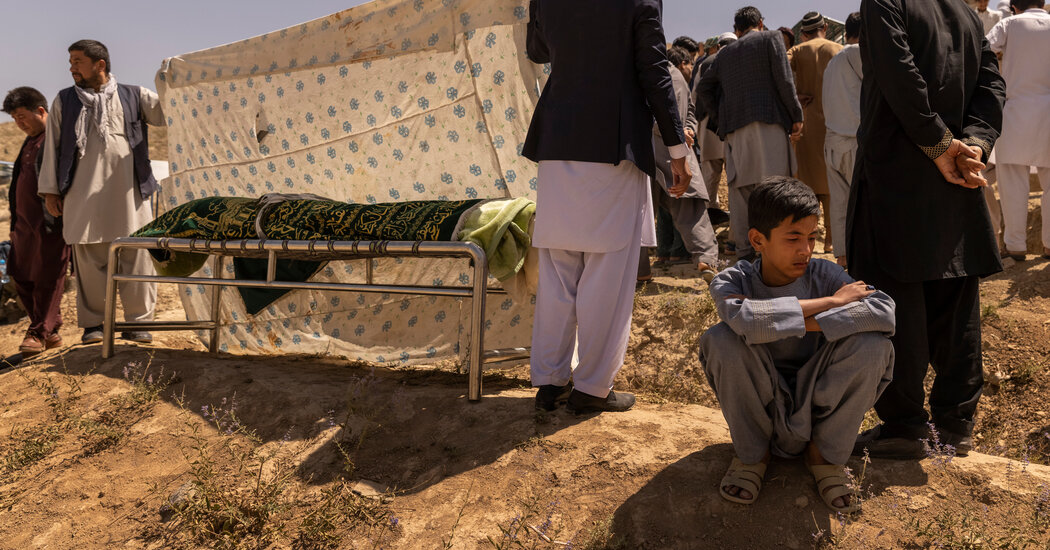 Two “high-profile” Islamic State militants were killed in a retaliatory airstrike carried out in a mountainous region of Afghanistan following the suicide bombing attack at Kabul’s airport that killed scores of people on Thursday, U.S. military officials said.

The reprisal attack, which officials said wounded another militant, came as the clock was winding down before President Biden’s Aug. 31 deadline for withdrawing U.S. troops from Afghanistan, bringing a tumultuous end to a 20-year war. The Pentagon updated information on the retaliatory strike on Saturday, saying that a second militant had been killed.

At the Kabul airport, there were indications on Saturday that the evacuation effort was steadily slowing.

Roads leading to the airport were closed, and the large crowds that had strained in recent days to push inside had dissipated in the aftermath of Thursday’s suicide bombing. Most gates were closed Saturday, and few people were getting through.

Hundreds of thousands of Afghans are thought to be seeking an escape from the country, fearing Taliban rule, but Mr. Biden and other global leaders have acknowledged that many will not get out before the deadline.

At the airport’s South Gate, which remained open Saturday, a growing number of buses carrying hundreds of people lined up, their processing slowed by the close screening for explosives.

U.S. troops were screening Afghans at the Abbey Gate when the suicide bomber detonated on Thursday, killing 13 U.S. troops and as many as 170 other people, one of the deadliest attacks since the U.S.-led invasion began. Abbey Gate was all but closed on Saturday.

The U.S. military said on Friday that it had launched a retaliatory airstrike in Nangarhar Province, east of Kabul.

Capt. Bill Urban, a spokesman for the U.S. Central Command, said in a statement that the airstrike had targeted an “ISIS-K planner.” He was referring to the Islamic State affiliate in Afghanistan, also known as Islamic State Khorasan, which has claimed responsibility for the airport attack.

“Initial indications are that we killed the target,” Captain Urban said. “We know of no civilian casualties.”

An assistant to the Taliban spokesman Zabihullah Mujahid said on Saturday in response to the U.S. airstrike: “We have heard the reports about the Nangarhar incident, but we are trying to find the type of the incident and the casualties. After an investigation, we will react to that.”

Britain’s evacuation of citizens will end on Saturday, and the country will begin bringing its remaining troops home, Gen. Nick Carter, the chief of the defense staff, told the BBC’s Radio 4. France, too, has ended its evacuations, French officials said on Friday.

Because of the continuing security threat, U.S. officials are again warning Americans to leave the airport area. American officials believe that “another terror attack in Kabul is likely,” the White House press secretary Jen Psaki said on Friday. “The threat is ongoing and it is active. Our troops are still in danger.”

The White House said Saturday morning that a total of 6,800 people had been evacuated over the previous 24 hours, down from this week’s average and well down from the peak of more than 20,000.

Civilian evacuations on chartered planes had halted since the attack. Private security companies and aid groups have told Afghans to remain in safe houses and avoid the airport as they plan to shift to evacuations by chartered buses through land crossings over the border with Pakistan, according to several people involved in the efforts.

At the Kabul airport on Saturday, two brothers said they had traveled from Herat to Kabul, a journey that took 26 hours. After spending the night in a guesthouse, they had managed to sneak past the outer perimeter guards and reached the Abbey gate with their families.

Mahdi had been selected in a U.S. visa lottery, and said he had been waiting for a visa interview when the families heard that an evacuation process was underway.

They knew of Thursday’s suicide bombing at the airport — “but what can we do?” said Hassan, who is 23. “This is our only way out.” 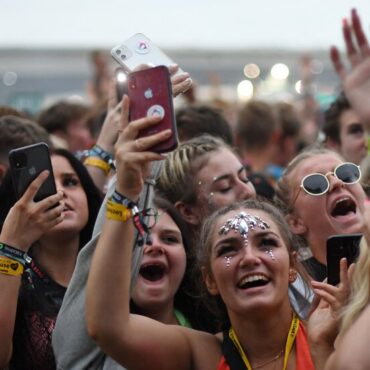 LONDON — Nearly 60,000 soccer fans packed London’s Emirates Stadium last Sunday to watch Chelsea outplay Arsenal. Andrew Lloyd Webber’s musical “Cinderella” made its glittering debut in the West End after multiple Covid-related delays. On the subway, where masks are still mandatory, half of the riders go barefaced.All of this at a time when Britain is reporting more than 30,000 new coronavirus cases a day, hospitals are coming under renewed […]