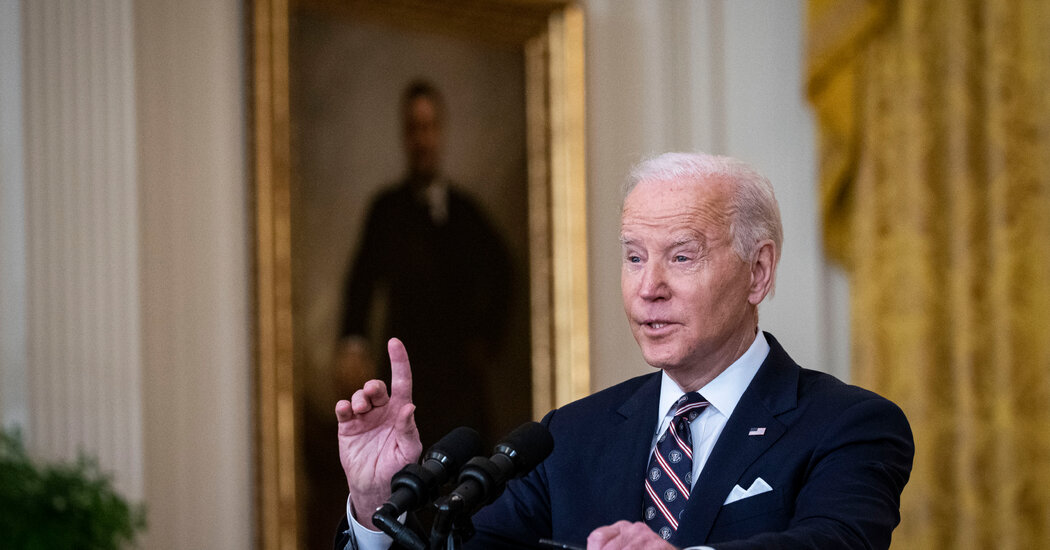 President Biden announced harsh new sanctions on Tuesday aimed at punishing Russia for what he called “the beginning of a Russian invasion of Ukraine,” joining European leaders in imposing severe economic consequences on Russia over the crisis. Here are the latest updates.

Biden condemned President Vladimir Putin of Russia, saying that the Russian action was “a flagrant violation of international law and demands a firm response from the international community.”

By blocking two Russian financial institutions and imposing sanctions on Russian debt, he said, “we’ve cut off Russia’s government from Western finance.” Russian elites and their families will also be punished. The U.S. Senate began working on a multipronged legislative response.

Biden’s announcement came less than a day after Putin issued a decree sending troops into two separatist-held regions in Ukraine. Russia’s Parliament authorized the use of military force abroad on Tuesday.

Allies: Germany will block the Nord Stream 2 gas pipeline, a major project in partnership with Russia. Britain said it would block all business with the separatist regions, Donetsk and Luhansk, in what Prime Minister Boris Johnson called a “first tranche” of actions. E.U. sanctions include asset freezes and travel bans.

On the ground: Two European officials said on Tuesday that Russia had sent troops into Ukraine, but Russia’s Foreign Ministry denied having done so. Our correspondent talked to Ukrainians who were boarding trains out of the separatist areas with weary resignation.

Kremlin messaging: Propaganda has been ramping up for days in Russia, putting in place the rationale for a possible invasion.

Residents will have to take three tests over a short period, starting in March. And Hong Kong will expand its testing capacity to one million tests a day from about 200,000 a day by next month, Lam said.

Many students’ summer breaks will also start early to lessen crowding and so their schools can be used as testing, isolation and vaccination facilities.

It comes after pressure from Beijing to use stricter measures to stamp out the virus. The move is a challenge for Hong Kong, which lacks the staffing and movement-tracking apps Beijing uses to enforce its restrictions.

Details: Hong Kong has at least 37,000 active Covid cases, with a daily average far surpassing previous surges. Hospitals are overflowing and new isolation facilities are being built. The territory has recorded 145 deaths this year, compared with 213 in 2020 and 2021.

Amid a spike in terror attacks in recent months, Pakistan faces a tough decision: how much to help the new Taliban government in Afghanistan while contending with growing risks to its own citizens.

The group’s rule in Kabul has emboldened the Pakistani Taliban, which has extorted traders and senior government officials with threats, and killed scores of police officers. But Pakistani officials stress that a stable Afghanistan is essential for a stable Pakistan.

“Is there a chance that if the Taliban government is squeezed, there could be a change for the better? No.” Prime Minister Imran Khan of Pakistan said in an interview this month.

Some analysts say such views are overly optimistic now that the U.S. is no longer a major counterterrorism partner there — and, reflecting the country’s dilemma, Pakistan has not diplomatically recognized the Afghan Taliban.

Rising attacks: Pakistan witnessed a 42 percent increase in terrorist attacks in 2021 compared with the previous year, according to the Pak Institute of Peace Studies, based in Islamabad, with a significant surge after Kabul fell. The report noted that the takeover had made it harder for Pakistan to stamp out militant activity at home.

“The Project of Independence: Architectures of Decolonization in South Asia, 1947-1985,” at the Museum of Modern Art, surveys Sri Lanka, Pakistan, India and Bangladesh after the dissolution of the British Raj. “It’s a sweeping, occasionally heartbreaking exhibition full of big ideas and beautiful work, too much of it not widely known,” our architecture critic Michael Kimmelman writes.

The lives they lived: Paul Farmer, whose organization Partners in Health delivered high-quality health care to some of the world’s poorest people, died on Monday at 62.

Baking is a science: Measure ingredients carefully, mix them together the right way and it should turn out as planned. As in all sciences, though, experimentation is key — sometimes doing things the wrong way can yield exciting results.

A new feature from NYT Cooking presents 24 innovative baking recipes. Did you know that 7Up can replace baking soda and baking powder? Or that dunking a tray of freshly cooked brownies into an ice bath can make them rich and fudgy? Not all involve baking in the traditional sense: Several are prepared on a stovetop or in a food processor, or set in the refrigerator.

For more — including a mango pie, Earl Grey cookies and a single-bowl chocolate cake — open the collection of recipes. 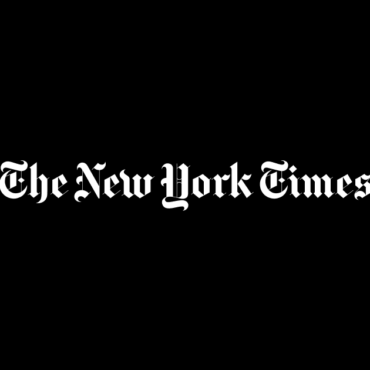 WASHINGTON — President Biden on Tuesday announced harsh new sanctions aimed at punishing Russia for what he called “the beginning of a Russian invasion of Ukraine,” joining European leaders in imposing severe economic consequences for blatant violations of national sovereignty.Speaking from the East Room of the White House, Mr. Biden condemned President Vladimir V. Putin of Russia for his aggression against Ukraine, saying that the Russian action is “a flagrant […]