Thousands of Rangers fans gather at Ibrox ahead of title celebrations 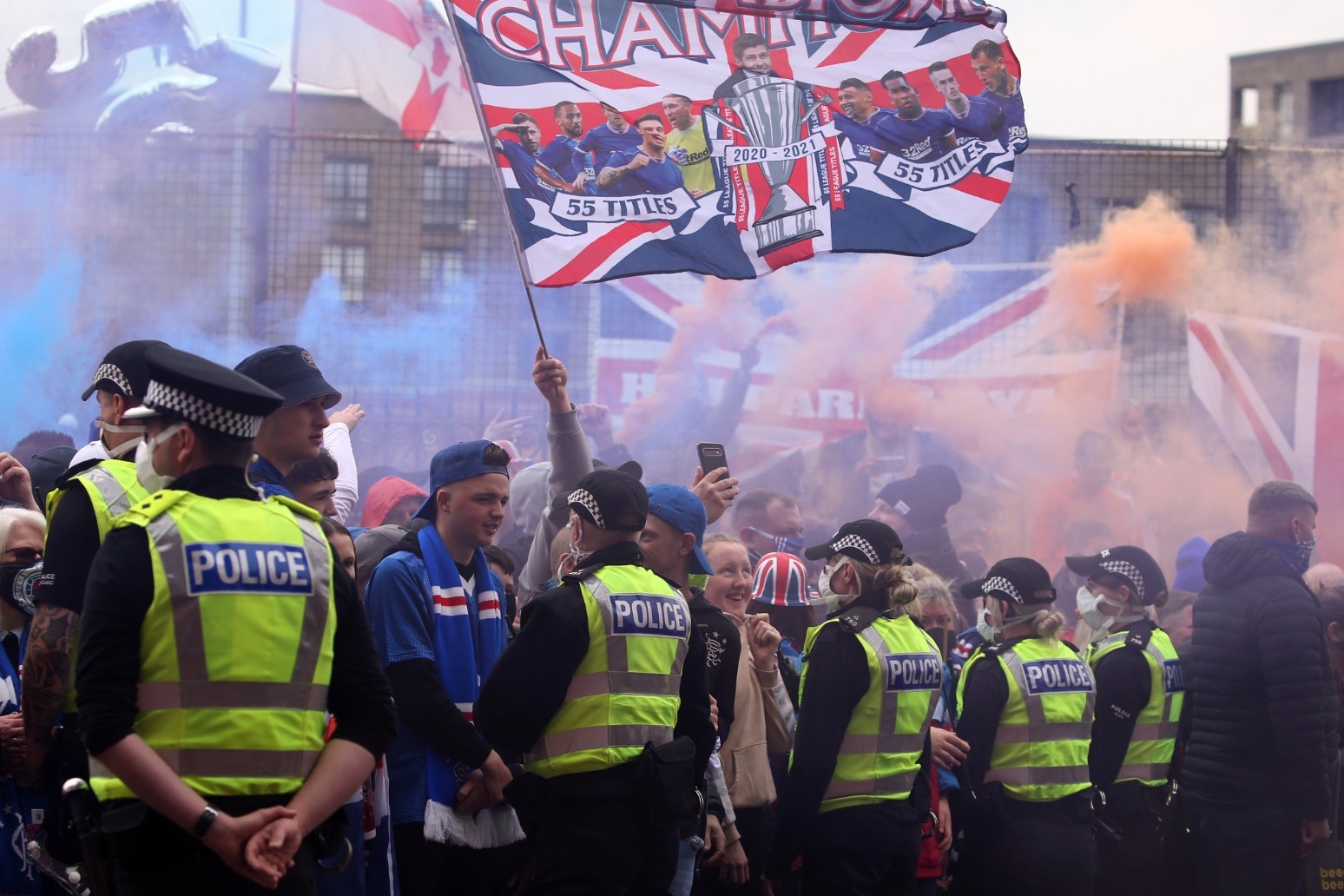 Thousands of Rangers fans have arrived at Ibrox setting off blue and red flares ahead of the team collecting its first Scottish Premiership trophy in a decade.

Fans cheered and chanted as players left the team bus before their home game against Aberdeen kicks off at 12.30pm as Police Scotland called on them to “disperse and take personal responsibility and use Greater Glasgow safely and respectfully”.

After the trophy is lifted, hundreds of fans are expected to march into the heart of Glasgow, with the Union Bears fan group announcing plans to walk from the stadium to George Square.

He said on Twitter: “While there is a significant Police presence at Ibrox and across City, this is ultimately about personal responsibility. If you have gathered you should disperse, particularly given yday’s announcement about Covid in Glasgow.”

The Scottish Government previously criticised Rangers’ response after thousands of fans gathered outside Ibrox and in George Square on the weekend they clinched the title in early March.

On Friday night, scores of Rangers fans lighted red flares simultaneously along the Clyde close to the Clyde Arc, known as the “squinty bridge”.

Chief Superintendent Mark Sutherland, divisional commander for Greater Glasgow division, said: “Under the current restrictions no-one should be gathering in numbers of more than six at the stadium or any other location, and Police Scotland supports the club in urging its fans to do the right thing and follow the coronavirus regulations around gatherings.

“We will continue to liaise with our partners, including the Scottish Government, to ensure matches can be completed safely and to minimise the risk to both our officers and the public.

“The sacrifices people have made have allowed for further easing of regulations, however we continue to ask people to take personal responsibility and to use Greater Glasgow safely and respectfully.”

Earlier this week, Mr Yousaf urged supporters not to gather.

He wrote on Twitter: “Understand what an important season it has been for @RangersFC but I am urging fans not to gather during the trophy presentation on Saturday.

“I have had constructive engagement with RFC, @policescotland & @GlasgowCC – we’re all urging fans not to gather, virus has not gone away.” 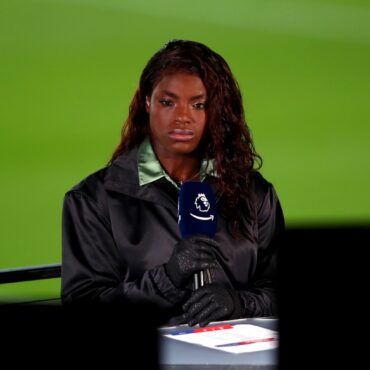 Eniola Aluko is leaving her role as Aston Villa Women’s sporting director to take up a new position in the United States, the club have announced. The 34-year-old former England forward was appointed to the post at Villa in early 2020, shortly after retiring from playing. Championship winners in 2019-20, the club then finished 10th in the Women’s Super League, with survival confirmed on the final day of the campaign […]