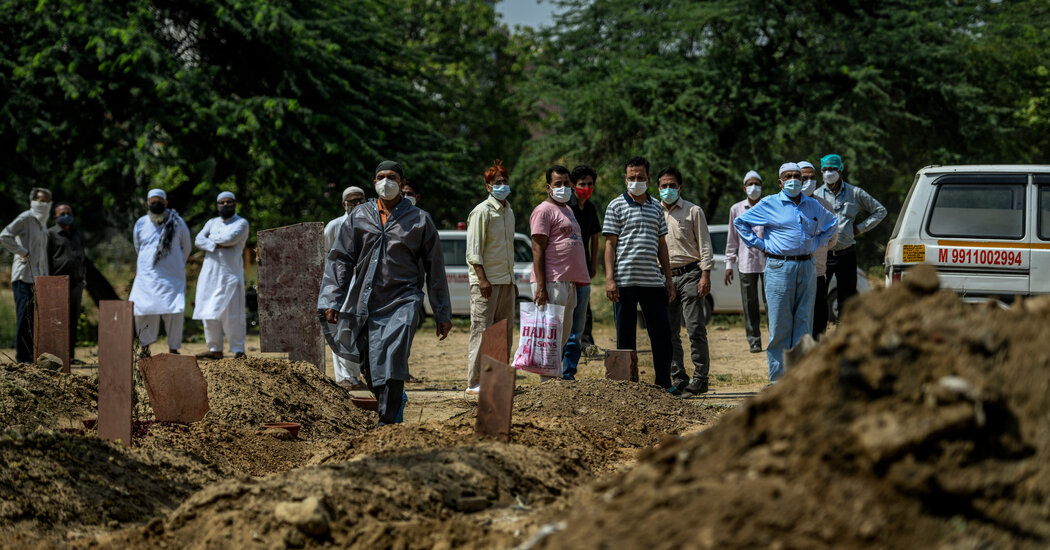 NEW DELHI — India’s coronavirus death toll could now amount to a government payout of hundreds of millions of dollars.

The country’s Supreme Court has ordered India’s disaster management agency to pay 50,000 rupees, about $671, to families of people who have died from Covid. India’s official toll from the pandemic is 449,260, although experts estimate that the true number of Covid deaths is several times higher. Even that smaller number would suggest payouts amounting to about $300 million.

The number of families applying for compensation could quickly balloon, because the government has expanded the definition of what qualifies as a Covid-19 death to anyone who died within 30 days of a positive RT-PCR test or clinical examination confirming the infection.

“This is a herculean task for the government,” said Gaurav Kumar Bansal, the lawyer who brought the litigation to India’s top court.

India’s National Disaster Management Act stipulates that government compensation of 400,000 rupees, about $5,400, should be given to families who lose relatives in typhoons, floods and other disasters.

Millions of India’s 1.4 billion people live below the poverty line, and the Supreme Court order, issued on Monday, came in response to public interest litigation, a type of case in India that is brought on behalf of the public at large rather than by any specific plaintiff.

Prime Minister Narendra Modi’s government declared the pandemic a disaster in March 2020, a move that gave it power to impose a strict nationwide lockdown.

Mr. Bansal said the disaster declaration should also have led to compensation payments being made.

“We challenged them to pick and choose,” he said. “If it is notified as a disaster, then all provisions of the Disaster Management Act will apply.”

The government offered $671 per death. The Supreme Court, which factored in the agency’s other costs, agreed.

Anirudh Singh Rathore, 60, a garment trader in the capital, New Delhi, lost his wife to India’s ferocious second wave last spring. He has applied online for compensation through the Delhi government, but he is doubtful that the money will arrive.

“Such compensation is not easy to take from the government,” he said. “It is very easy to announce but difficult to get.”

Survivors of historical abuse at Celtic Boys Club are joining together to launch group legal action for damages against Celtic FC. Thompsons Solicitors Scotland, which represents around 25 abuse survivors from the boys club, is using new powers which came into law last year to bring the proceedings. It has now placed a notice in the Daily Record newspaper stating that it intends to ask the Court of Session to […]