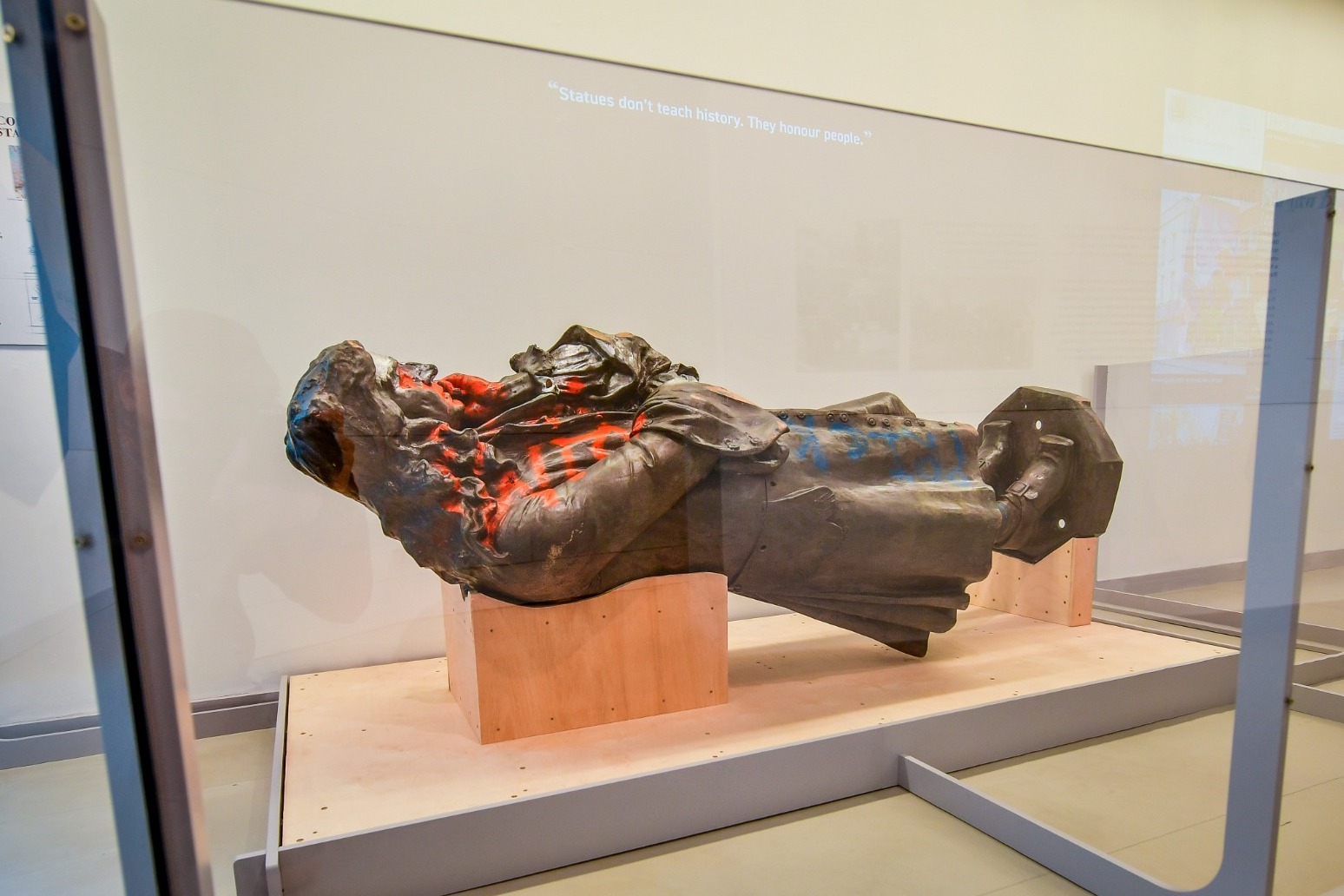 A statue of slave trader Edward Colston that was toppled during a Black Lives Matter protest will go on public display on Friday.

The bronze memorial to the 17th century merchant had stood in the city since 1895, but was pulled from its plinth during the demonstration on June 7 last year.

It was dragged through the city to the harbourside, where it was thrown in the water at Pero’s Bridge, which is named in honour of enslaved man Pero Jones who lived and died in the city.

Days later, the statue was recovered from the water by Bristol City Council and put into storage before months of work to clean and preserve the state it was in.

On Friday, almost exactly a year since it was toppled, the bronze will go on public display at the M Shed museum in the city alongside placards from the protest and a timeline of events.

The statue, featuring graffiti and damage from when it was pulled down, is unable to stand upright and so is displayed lying on a wooden stand.

Members of the public are being asked by the We Are Bristol History Commission, which was set up following the protest, what should happen to it next.

Options include removing the statue from public view entirely, creating a museum or exhibition about the transatlantic slave trade, or restoring the statue to its plinth.

Dr Shawn Sobers, associate professor at the University of the West of England and part of the commission, said the effects of the statue being pulled down “ricocheted” across the UK and the world.

“We know this isn’t an isolated incident, we know that there are statues across the world that celebrate slavers,” Dr Sobers said.

“At the same time, the anti-racist movement isn’t about statues. It’s trying to eradicate racism from society and bring equality where there’s racial disparity which cuts across economic divides.

“But statues are a symbol of how seriously our cities in Britain are actually taking these issues.”

Dr Sobers described putting the Colston statue on display as an opportunity to tell a “wider history” and encourage people to speak about it.

The display at M Shed forms the first part of the public consultation, with a survey also launched for people to provide their views on the future of the statue and of how Bristol’s history is told.

“It’s not an exhibition, it’s not trying to answer all the questions,” Dr Sobers said.

“We’re using this opportunity to find out what local people think because we have to live in this city together.

“We know it’s not going to be an overnight process but as a history commission we’re going to take the answers on board, consult other people in the city and put recommendations back to the city on how we feel it can move forward.”

An image in the display shows the unveiling of the Colston statue in 1895, with crowds of smartly dressed people gathering in the centre of Bristol for the event.

Pictures also detail how the statue was pulled down, rolled through the city and then thrown into the harbour – surrounded by people recording what happened on phones and cameras – in June last year.

When asked why the statue is not displayed upright, Dr Sobers said it was “on its back” after being retrieved from the harbour.

“It would have been a very conscious decision to make it go up and it would cost quite a lot of money because it can’t stand up by its own, it’s actually fallen apart,” he said.

“Also, to put it back upright in a way sends a signal that it’s trying to reverse the toppling.

“It’s been toppled, it’s been laid on its back in a warehouse for a year and we want it to be a very transparent display to say this is how it is, this is what we’re working with, and we want to ask what happens next.”

After the statue was pulled down, hundreds of people that had attended the protest laid their placards around its empty plinth.

More than 500 of these were collected by teams from the city council before being carefully dried out and stored. Only six form part of the current display at M Shed.

A selection of quotes, representing a range of reactions to the statue being toppled, form a slideshow on the wall behind it.

The display, focusing on the Colston statue, is on the same floor as a permanent exhibition at M Shed that details Bristol’s role in the transatlantic slave trade.

Ray Barnett, head of collections and archives at Bristol City Council’s culture team, said painstaking work to preserve both the statue and placards from the protest had taken place.

“Most of the placards were just pieces of cardboard and they’d been left out on the site and it had rained so our first task was to stop them falling apart and turning into mush,” Mr Barnett said.

“That meant air drying them. We had them all out in our studios to gradually dry out and they were lay down so they wouldn’t lose their shape and become contorted.

“With the statue itself, the metalwork is pretty robust but it had been damaged by the scraping along the pavement and a couple of pieces are missing from it.

“There was a wax layer originally on the statue with paint on top of that, so we gradually washed out the silt and dried out the statue.

“We had to be very careful as it dried out that the wax layer didn’t dry and fall off, taking the paint with it, because we felt it was our duty to say this is the situation after the protest, this is what the statue looks like.”

Mr Barnett described the display as “work in progress” but said it was important to quickly provide context to what happened, including the controversy that had surrounded the statue for decades.

“There has been this disagreement, people have differing views about the situation but now the city needs to pull together and we’d like people to give their views as to how that can be achieved,” Mr Barnett added.

The Colston statue: What next? opens at M Shed on Friday. 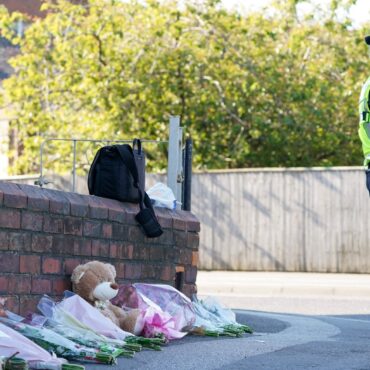 Detectives have charged a 29-year-old man with murder after a mother and her young son were found stabbed to death. Daniel Boulton is alleged to have killed his ex-partner Bethany Vincent and her nine-year-old son Darren Henson on Monday evening, Lincolnshire Police said. Ms Vincent, 26, and her son suffered fatal stab wounds during an incident in High Holme Road, Louth, at around 8.29pm. Boulton has also been charged with […]