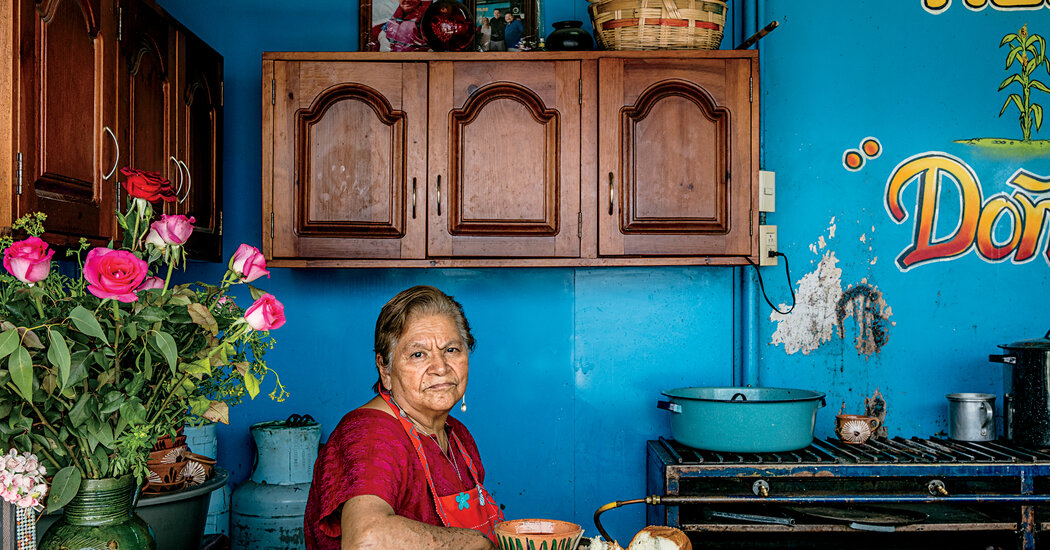 Speaking of green, there is a green stone of otherworldly beauty known simply as cantera that is everywhere in Oaxaca. It appears as exposed quoins on the corners of painted facades. It forms the border of giant grill windows, which, Spanish-style, run the full length of the building. It is there as rustication and entablature — there, too, on one of the city’s main churches, Santo Domingo de Guzmán. On that first evening, I thought my eyes were deceiving me. The sky had turned half a dozen shades of pink and orange before grading into darkness. I walked among captivating scenes of city life — through a first-floor window, there were girls out of a Degas painting practicing ballet. Opposite was a mezcaleria with grizzled old men smoking outside. There were baroque theaters and stooped white saints in the tiny alcoves that appeared on high cornerstones. Outside Origen, which belongs to the renowned Oaxacan chef Rodolfo Castellanos — who still works in his restaurant — I pulled out my phone to inspect the exterior. It was not bewitchment, or blindness; it was that tender, mournful green.

Inside, in a grand courtyard, hung with dried maize whose twirling husks cast starry shadows over the whitewash, itself marked with the Jesuit monogram IHS, symbolizing Christ, I ate fried chapulines (grasshoppers) as a cocktail snack. A line from Hugh Thomas’s “Conquest,” his 1993 history of the subjugation of this land by the Spanish five centuries ago, returned to me. “Almost everything which moved was eaten,” he wrote of pre-Columbian Mexico. Then, as a tasting menu of several courses unfolded, each bringing with it flavors that were utterly new, I felt intimations of that pre-Columbian past.

We speak so easily of earthiness, of terroir and rusticity, but we do not know the meaning of these words until we come to Mexico. In chintextle — a paste made from pasilla chile — that had been smeared onto a tostada of blue corn, I could taste the flavors of the deep earth. It was there again, that volcanic smokiness, in the mole manchamanteles, which, smothering a duck breast, was as red as the soil I had seen from the airplane. Death, smoke, desiccation. It was there, too, in the purée of mangrove mussels upon which a piece of striped sea bass appeared. It was as if a portal had been opened to an underworld from which the savor of Mictlan itself (Hades to the Aztecs) flowed out, endowing everything with chthonic force. I half-thought I was losing my mind until a few days later, when Olga Cabrera Oropeza — the chef and founder of Tierra del Sol, a restaurant specializing in moles — confirmed the feeling I had had on that first night in Oaxaca. “For me,” she said, on a terrace with sweeping views of the emerald city, “a mole is the presence of dead ingredients that bring a dish to life.” These were pre-Hispanic ingredients — old Aztec flavors, one imagined — many new to me in texture and taste, and, as such, they felt like an emanation of the culinary history of the land.

I HAD COME to Mexico in search of what was perhaps the quintessential post-Hispanic ingredient — rice — and, almost immediately, I was confronted by the most reasonable question in the world: “¿Por qué arroz?” (“Why rice?”), asked Eduardo “Lalo” Ángeles, an artisanal mezcal maker with rugged features and sun-scorched skin. Why, in this birthplace of corn, Lalo wanted to know, was I bothering myself about rice? Speaking to me through my guide — Omar Alonso, who sat next to Lalo in a cap for Guerreros de Oaxaca, the local baseball team, under a mural of Mayahuel, the Aztec goddess of maguey (agave) — I heard, in the easy torrent of his Spanish, the word “Chino.” Omar looked slightly embarrassed, then translated: “We’re not Asian.” 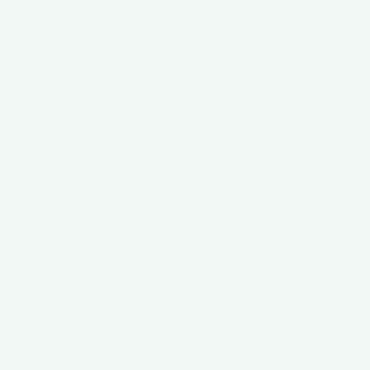 For Many Members of the Arab American Diaspora, Mansaf Offers a Taste of Home

My daughter, Grace, will turn 13 this year. She doesn’t remember the taste of her jiddo’s mansaf. His cooking and storytelling were central to his identity, and I want her to know who he was. I begin to wonder if there wasn’t some restaurant version that she and my husband, Scott, could share with me that might conjure the dish of my childhood. I hesitate, afraid it will be a […]