Travelers to U.S. Now Must Test Negative for Covid a Day Before Flying 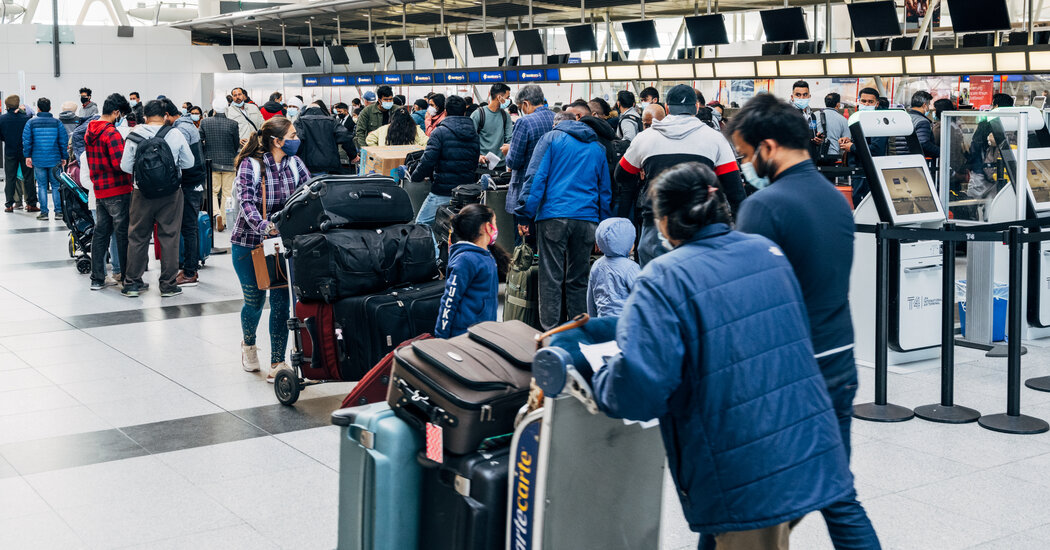 The United States began requiring international travelers on Monday to provide proof of a negative coronavirus test taken no more than a day before their flights. The move, intended to limit the spread of the Omicron variant, is causing headaches for many passengers.

Previously, fully vaccinated travelers could provide proof of a negative test taken within 72 hours of departure. The new requirement may be difficult for some to satisfy, because it can take more than a day to receive test results.

The new rules have some travelers wondering if they can stick to their planned itineraries. They are one more hurdle to clear for Americans who are living outside the United States and for foreigners hoping to visit for Christmas and New Year’s. From London to Taipei, travelers have been thinking about the scenarios that could emerge on a trip, like what would happen if a flight is canceled or if the traveler tests positive along the way.

August Dichter, 24, said on Monday that he had already spent two to three hours trying to figure out how to meet the testing requirement for his scheduled flight on Thursday to Philadelphia from London. Mr. Dichter, an American who just completed a yearlong master’s degree program in Wales, said he had gotten conflicting messages from the airline, with some guidelines describing the new requirement and others still saying he had a 72-hour window.

Mr. Dichter said he had been looking forward to traveling around Europe during his studies, but that it had not been easy.

“It’s been a lot of hoops to jump through, and I know that I’m going to be able to jump through them all,” he said. “But they seem to just keep being so tedious, and to add up, and make the arrival of coming home feel just a little further away.”

Another American, Candace Thomas, and her partner, James Ridgers, flew to London from Los Angeles last week for a funeral and said that keeping up with the rule changes has been difficult.

“It’s been very confusing,” said Ms. Thomas, 36, as she and Mr. Ridgers, 43, waited in a long line at St. Pancras train station in London on Monday to get tested before their flight on Tuesday.

“I’m confused right now, actually,” Mr. Ridgers said, because the couple did not have an appointment at the St. Pancras testing center and were unsure if they needed one. They found out soon after that they could not get tested as walk-ins, and made an appointment for three hours later.

The start to their trip was complicated, too. They arrived before Britain’s two-day quarantine requirement came into effect and ended up quarantining unnecessarily for a day because they were unsure whether the requirement applied to them. New rules also required a P.C.R. test, so they spent more than 80 British pounds ($106) each on tests for Day 2 of their trip.

“Every morning, it was waking up to tune in to the news to find out if it had changed or if we were going to need to quarantine for longer, or if we were even going to be able to come home,” Ms. Thomas said. “It was really touch-and-go there for a little while.”

More than a dozen countries around the world, including the United States, have gone a step beyond testing requirements and have barred travelers who have recently been in any of eight southern African countries. Health experts have criticized that policy and have urged caution, because so little is known yet about the Omicron variant, which was first detected and sequenced less than two weeks ago in South Africa.

Dr. Rochelle P. Walensky, the director of the Centers for Disease Control and Prevention, tried to add some perspective on Sunday on the ABC News program “This Week.”

“What we don’t yet know is how transmissible it will be, how well our vaccines will work, whether it will lead to more severe disease,” Dr. Walensky said.

The stricter testing requirement for inbound travelers took effect just as airline travel was experiencing a rebound. The Sunday after Thanksgiving was the busiest travel day at U.S. airports since February 2020, according to the Transportation Security Administration. 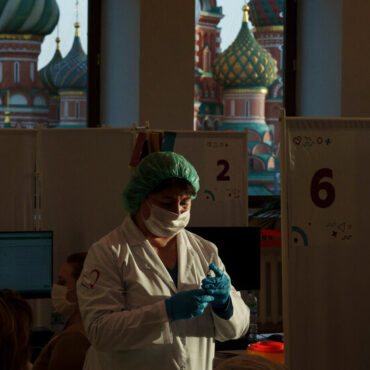 Russia finds its first two cases of the Omicron variant in travelers from South Africa.

MOSCOW — Russian officials announced Monday that they had detected the country’s first known cases of the Omicron variant in two people who had flown from South Africa.According to Rospotrebnadzor, the Russian agency that runs the country’s Central Research Institute of Epidemiology, ten citizens who recently returned from South Africa tested positive for Covid and the Omicron variant was found in two of them.“The Omicron strain was confirmed in two […]