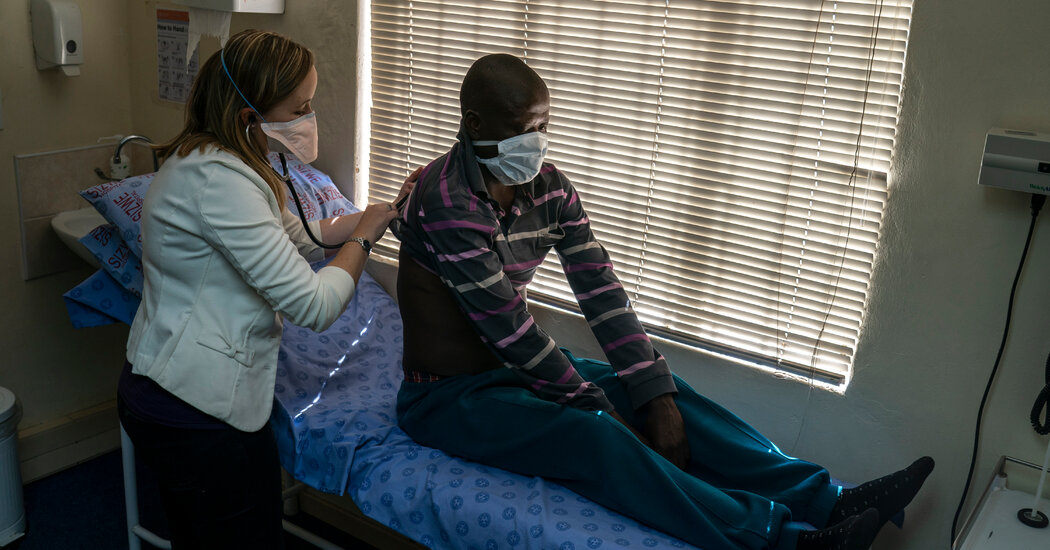 Upending centuries of medical dogma, a team of South African researchers has found that breathing may be a bigger contributor to the spread of tuberculosis than coughing, the signature symptom.

As much as 90 percent of TB bacteria released from an infected person may be carried in tiny droplets, called aerosols, that are expelled when a person exhales deeply, the researchers estimated. The findings were presented on Tuesday at a scientific conference held online.

The report echoes an important finding of the Covid pandemic: The coronavirus, too, spreads in aerosols carried aloft, particularly in indoor spaces — a route of transmission that was widely underappreciated as the pandemic began to unfold.

TB is caused by a bacterium called Mycobacterium tuberculosis, which usually attacks the lungs. It is the world’s deadliest infectious disease after Covid-19, claiming more than 1.5 million lives last year — the first increase in a decade, according to a report published last week by the World Health Organization.

As the Covid pandemic disrupted access to health care and supply chains around the globe, 5.8 million people were diagnosed with TB in 2020. But the W.H.O. estimates that about 10 million people were infected. Many may unwittingly be spreading the disease to others.

“Our model would suggest that, actually, aerosol generation and TB generation can happen independent of symptoms,” said Ryan Dinkele, a graduate student at the University of Cape Town who presented the results.

The finding helps explain why tightly packed indoor spaces, like prisons, often are breeding grounds for TB, as they are for Covid. And the research suggests that some of the methods used to limit coronavirus transmission — masks, open windows or doors, and being outdoors as much as possible — are important in curtailing TB.

“Those of us who are TB people look at Covid and say, ‘Wow, it’s just a sped up version of TB,’” said Dr. Robert Horsburgh, an epidemiologist at Boston University who was not involved in the work.

Researchers previously believed that most TB transmission occurred when an infected person coughed, spraying droplets containing the bacteria onto others. Some bacteria were thought to be released when a person breathed, but much less than by coughing.

The new finding does not change that understanding: A single cough can expel more bacteria than a single breath. But if an infected person breathes 22,000 times per day while coughing up to 500 times, then coughing accounts for as little as 7 percent of the total bacteria emitted by an infected patient, Mr. Dinkele said.

On a crowded bus or at school or work, where people sit in confined spaces for hours, “just simply breathing would contribute more infectious aerosols than coughing would,” Mr. Dinkele said.

In so-called tidal breathing, inhalation opens up tiny air sacs in the lungs, and then exhalation carries the bacteria from the lungs via aerosols. Because of their smaller size, aerosols released by tidal breathing can stay afloat in the air for longer and travel further than droplets emitted by a cough.

As with Covid, some TB patients spread the disease to many people — and may release a lot of bacteria — while others infect few people around them. But even if 90 percent of the bacteria expelled by an infected person were carried in aerosols, this route of transmission wouldn’t necessarily account for 90 percent of new cases, cautioned Dr. Silvia S. Chiang, who studies the disease at Brown University.

Still, experts said, the finding does suggest that physicians shouldn’t wait for TB patients to arrive at clinics with a severe cough and weight loss, the telltale symptoms.

“We just need to screen the entire population, just like you would do if you’re looking for a lot of Covid,” Dr. Horsburgh said.

The discovery came about in large part because of technology developed by Dr. Robin Wood, an emeritus professor of medicine at the University of Cape Town in South Africa. The apparatus can collect aerosols from infected people and identify bacteria within them.

Diagnosis and treatment of TB has changed very little in decades. “It was time to start using modern, state-of-the-art technology to approach an old disease,” Dr. Wood said. With some tweaks, the system could also be used to study other diseases, including Covid, he added.

TB has been around for millenniums, and its cause known for nearly 150 years.

“And yet, we’re still finding out new things about such a fundamental part of its biology,” Mr. Dinkele said. “It’s humbling to realize that we need to be so careful when it comes to a dogmatic approach in a field.” 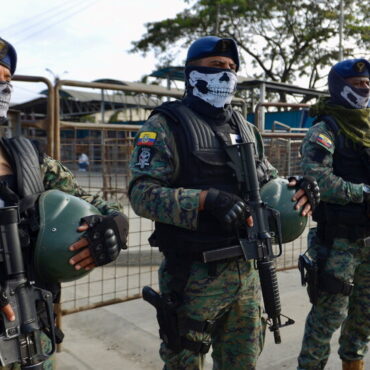 QUITO, Ecuador — President Guillermo Lasso has declared a state of emergency to confront drug trafficking and other crimes in Ecuador, saying the military and police would take to the streets to provide security.In a national broadcast on Monday night, Mr. Lasso said, “There is only one enemy: drug trafficking.” He pointed out that Ecuador had gone from being a trafficking zone to a country that also consumed drugs.“This is […]