Twins Conjoined at the Head Separated in Israel 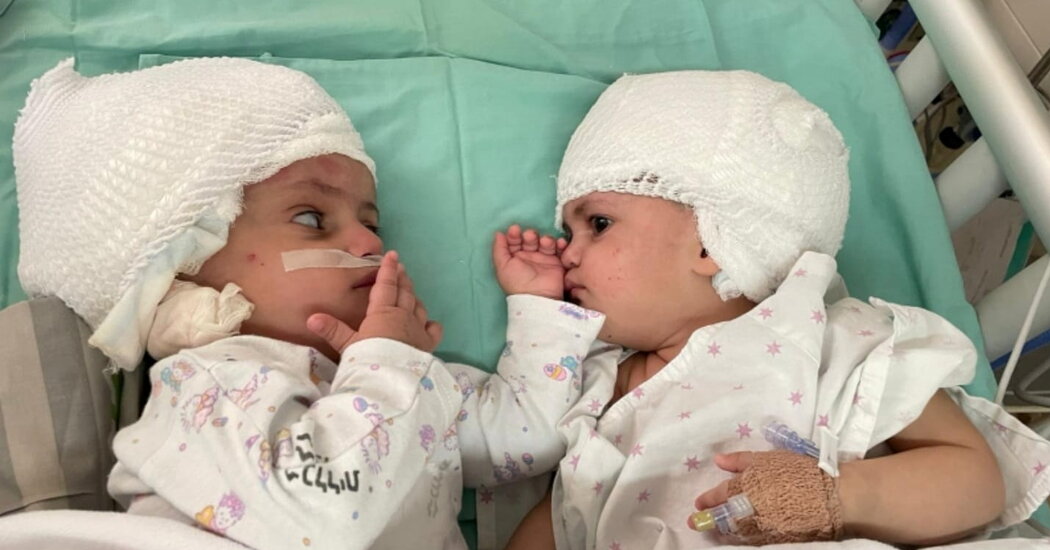 Surgeons in Israel have separated 1-year-old twins who were conjoined at the head, the first time the unusual surgery has been performed in the country.

The successful surgery at a hospital in the southern city of Beersheba on Thursday was a moment of triumph both for the family and the medical team of 50 that performed the feat after months of preparation. The “rare and the complex operation” has only been performed about 20 times, Dr. Mickey Gideon, director of pediatric neurosurgery at Soroka Medical Center, where the surgery was performed, said in a statement.

“They are expecting a full recovery,” he told the Israeli news site Ynet.

“It was a moment of weeping and laughter with the family,” he said. “For the first time the family can hold the babies separately.”

“I am delighted that the surgery has gone well and the girls, their family and the local team have had a good outcome,” Dr. Noor ul Owase Jeelani, a pediatric neurosurgeon from London, said in a statement.

The founder of Gemini Untwined, a charity that has separated five twins, Dr. Jeelani said he hoped teamwork and the sharing of knowledge globally could “improve the outcome for all children and families that find themselves in this difficult position.”

The twins were born conjoined at the back of their heads at the hospital last August, and their cardio and respiratory functions, and development, were monitored for several months. To plan the procedure, 3-D and virtual reality models were used to precisely simulate the best way to separate bones, blood vessels and meninges, or the membranes covering the brain. They were also given skin and tissue expanders months before the surgery so doctors could close their scalps after surgery.

“They will see and eat; hands, feet, everything is fine,” the father of the twins, who has not been identified, said to Channel 12, adding that he had been afraid the surgery wouldn’t help the babies. “I was moved — this is the first time I lifted each one alone.”

Twins joined at the head — known medically as craniopagus twins — are extremely rare. About 50 such twins are estimated to be born around the world every year, and only 15 survive beyond the first 30 days of life, according to Gemini Untwined, though many of these cases could be candidates for surgical separation.

In 2019, a team of 100 including Dr. Jeelani successfully separated twin girls after more than 50 cumulative hours of surgery. A team of Hungarian doctors managed the same with Bangladeshi twins that same year.

The successful operation at the Beersheba hospital was a wonderful lead-up to Rosh Hashana, the Jewish New Year, Dr. Gideon said. “It gives us a sense of why we are here and in this profession.”

He added, “The feeling of ‘we did it’ will accompany me all my life.” 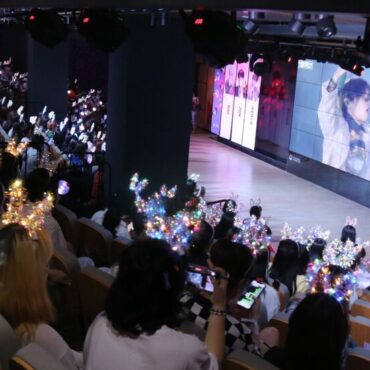 Agnes He, a university student in the southeastern Jiangsu Province of China, said that she believed it could help rein in fan behavior that had gone too far. But she also fretted about whether she could still buy albums at a discounted price through group purchases organized by the fan accounts.Daily Business BriefingUpdated Sept. 2, 2021, 4:54 p.m. ET“I am quite sensible when chasing stars,” Ms. He said in a phone […]