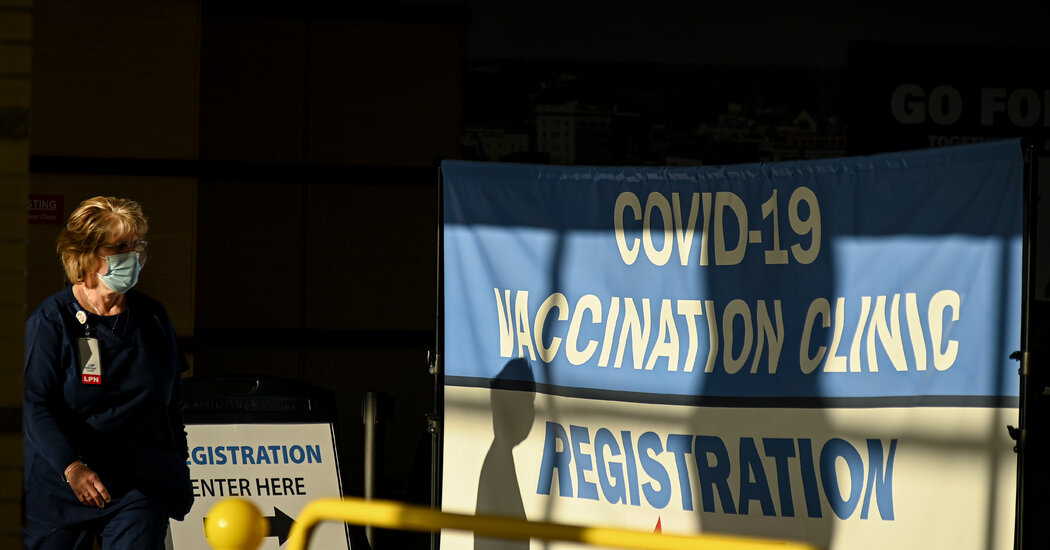 The short-term and long-term flaws with the country’s current Covid-19 policy are quite different.

In the short term, the main problem is a lack of demand for Covid vaccines and treatments: Not enough people are trying to get them. In the longer term — by the second half of this year — the bigger problem may end up being a lack of supply, especially if cases surge again.

I think this distinction has gotten lost in some of the public discussion. Yesterday, President Biden called for additional Covid funding, after Congress had left out such money from its most recent spending bill because of a disagreement over how to pay for it.

“We need to secure additional supply now,” Biden said in a brief speech, shortly before receiving his second booster shot onstage. “We can’t wait until we find ourselves in the midst of another surge to act. It’ll be too late.”

Biden is right that the lack of funding creates problems. To ensure an adequate supply of vaccines and treatments later this year, the government probably needs to take action soon. Democrats and Republicans have been negotiating over a possible deal this week.

But the potential funding shortfall is nowhere near the entire problem. A lack of money is not preventing many Americans from getting vaccinated or getting valuable treatments right now. Even if Congress does pass more Covid funding, the country will still face a problem that is more about information and persuasion than dollars.

For months, the United States has been awash in Covid vaccine shots, and many Americans would benefit from getting one. About one-quarter of adults remain unvaccinated, while roughly another quarter are vaccinated but not boosted, according to the Kaiser Family Foundation. A booster shot sharply reduces the chances of severe Covid illness, especially for vulnerable people like the elderly and immunocompromised.

I know that last point may sound counterintuitive. The elderly and immunocompromised, even if boosted, face a higher risk of severe illness than a healthy, younger person. But a booster shot still reduces the risk more for a vulnerable person than for an average person. It’s a common dynamic in medicine: Treatments tend to be most valuable for the most vulnerable even if they do not eliminate risk.

Despite the huge value of additional vaccine shots, many Americans simply aren’t getting one. The number of shots given per day, including both initial doses and boosters, has fallen to the lowest level since the beginning of the mass vaccination campaign, in early 2021.

Boosting more people seems as if it should be more feasible, because it involves people who have already received a shot. Still, boosters are lagging. Many Americans seem confused about how much a booster shot matters.

The scientific evidence suggests that everybody who is eligible should get a first booster shot. A second booster shot — now available to people 50 and older, among others — may also make sense, although the benefits appear smaller. And if you are boosted and have already had Omicron, you probably don’t need another booster yet, Dr. Eric Topol of Scripps Research notes (as part of his helpful overview of the evidence).

The story is similar with both Evusheld (a drug that appears to boost immunity among the immunocompromised) and post-infection treatments that reduce the chance of severe illness. They are widely available, yet many people remain unaware of them.

Many doctors also seem uncertain how and when to prescribe them. “Doctors are beginning to use this,” a Biden administration official told me, “but it takes a while for things to get absorbed in medical practice.”

Biden yesterday announced a new federal website — Covid.gov — where people can search for pharmacies near them that have both Evusheld and the treatments. I found most parts of it simple to use. But I also thought that Rob Relyea, a Microsoft engineer who has become an advocate for the immunocompromised, made a good critique on Twitter: The Evusheld information is too hard to find.

The bottom line is that Americans would benefit from hearing a series of clear, repeated messages:

As Biden said yesterday, “America has the tools to protect people.”

If more people become aware of the treatments, however, some of them are likely to run low later this year. And if the federal government waits until then to act, it may discover that other countries have bought the available supply. “You can’t snap your fingers and buy the stuff,” the Biden administration official told me.

Already, the administration has reduced shipments of one kind of treatment — monoclonal antibodies — that it is sending to states. It has also said it would cut back on new orders of Evusheld in the next several days.

A Covid bill would likely cost $10 billion to $15 billion, or less than 0.25 percent of the annual federal budget. Congressional Republicans have said that the money should be diverted from another area, rather than add to the deficit. My colleague Sheryl Gay Stolberg, who covers the pandemic from Washington, said Congress was likely to agree on a funding source soon, perhaps before lawmakers leave for their April recess. But nobody knows for sure.

State of the War

For decades, most L.G.B.T.Q. romance novels were self-published or put out by niche presses. That has changed, The Times’s Elizabeth Harris writes. Now, queer romance novels are coming from the biggest publishers and are prominently displayed in stores.

Some of them become best sellers, like “Red, White & Royal Blue” by Casey McQuiston, a 2019 love story about a British prince and the American president’s son. Experts see its success as a turning point for the genre. Publishers long assumed that only L.G.B.T.Q. readers were interested in queer romance novels. But readers regularly tell McQuiston, “Oh, my mom and her book club are reading that.”

The new novels also break from the longstanding trope of queer characters meeting tragic ends. An L.G.B.T.Q. romance novel promises the opposite. “Customers will come in and say, ‘I just want something that’s gay and happy,’” Laynie Rose Rizer, a bookshop manager in Washington, D.C., said. “And I’m like, ‘I have 10 different options for you.’” 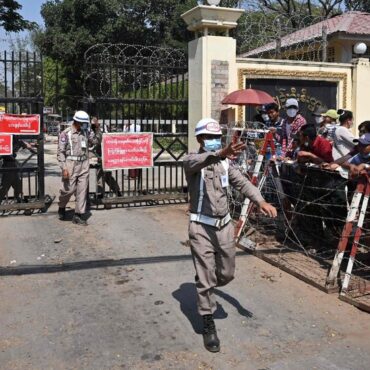 After nationwide protests erupted, the security forces responded by shooting some protesters, arresting others and raiding the homes of suspected critics. The A.A.P.P. says at least 1,723 civilians have been killed.President Biden and Singapore Prime Minister Lee Hsien Loong issued a joint statement in Washington on Tuesday calling on the Myanmar junta to release political prisoners, allow humanitarian access and begin restoring democracy.“The United States and Singapore share deep concerns […]