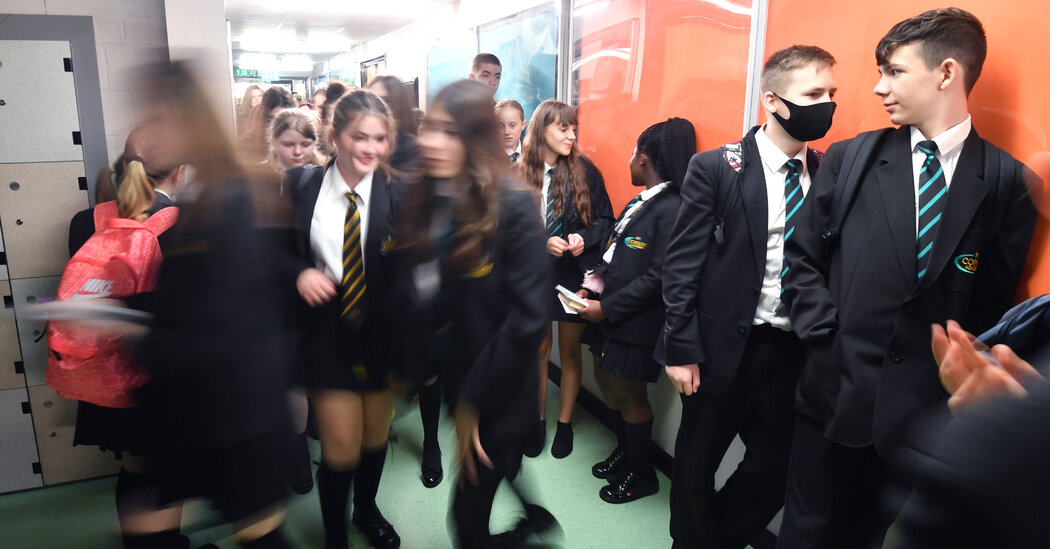 Health officials in the United Kingdom on Monday authorized a mass Covid vaccination program for 12- to 15-year-olds, amid widespread concerns that Covid-19 cases could spike with the return to school after the summer vacation.

The authorization, announced by the chief medical officers of England, Wales, Scotland and Northern Ireland, ended weeks of uncertainty and came despite some medical experts’ reservations over whether vaccinations would significantly benefit the age group. The four countries’ governments are now expected to put in place campaigns that will offer the Pfizer-BioNTech vaccine.

The campaigns are expected to be part of an address that the British prime minister, Boris Johnson, is scheduled to give on Tuesday, in which he will outline a strategy to prevent any new surge in Covid infections from overwhelming the national health service over a winter during which seasonal flu could add further strains. His focus is on protecting the country without resorting to the kind of severe lockdown restrictions imposed during earlier phases of the pandemic.

Those 16 and up are already eligible for vaccination, and so are younger children who have health conditions that put them at high risk. But otherwise healthy young people generally face only a small risk of suffering serious illness from the coronavirus, and that has prompted a debate over the ethics of vaccinating children to contain a virus that is mainly a threat to adults.

As a result — and to the frustration of government ministers — Britain has lagged behind some other countries, including the United States, in vaccinating those between the ages of 12 and 15.

The authorizations announced on Monday were presented largely as intended to minimize the disruption caused by outbreaks in schools. Chris Whitty, the chief medical officer for England, said school closings and remote learning had been “extraordinarily difficult for children and had a big impact on health,” including mental health. He acknowledged, however, that the decision to vaccinate children was a closer call than for older people.

The debate over extending vaccines to 12- to 15-year-olds exposed divisions within Britain’s medical and scientific community. Earlier this month, Britain’s Joint Committee on Vaccination and Immunization said that those in the age group would get only marginal benefits from a mass vaccination campaign. It noted concerns over a rare side effect of the Pfizer and Moderna vaccines that has occasionally caused heart inflammations and led to palpitations and chest pains.

“The margin of benefit, based primarily on a health perspective, is considered too small to support advice on a universal program of vaccination of otherwise healthy 12- to 15-year-old children at this time,” the committee concluded.

However, the health ministers of the four U.K. nations reacted by seeking advice from their chief medical officers that took into account “educational impacts” as well as health concerns.

Britain has recently been averaging around 35,000 new coronavirus cases a day —  among the highest rates in Europe relative to its population. Two-thirds of the population is fully vaccinated. Government ministers are bracing for the possibility of a further surge in cases after schools reopen and the weather worsens in the fall and winter. 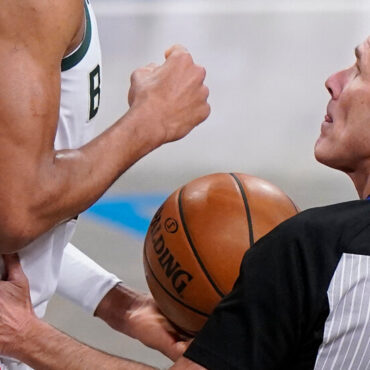 For N.B.A. referees, agreeing to a vaccine mandate, a rarity in U.S. sports, was ‘not that difficult.’

Late last month, the N.B.A. sent out a short news release announcing an agreement with the union representing the league’s referees to mandate Covid-19 vaccines. It stipulated that all referees must to be fully vaccinated to work games, including “recommended boosters.”The agreement stands out in the sports world, where Covid vaccinations remain largely a point of contention. And it is unusual even for pro basketball itself: No such mandate exists […]