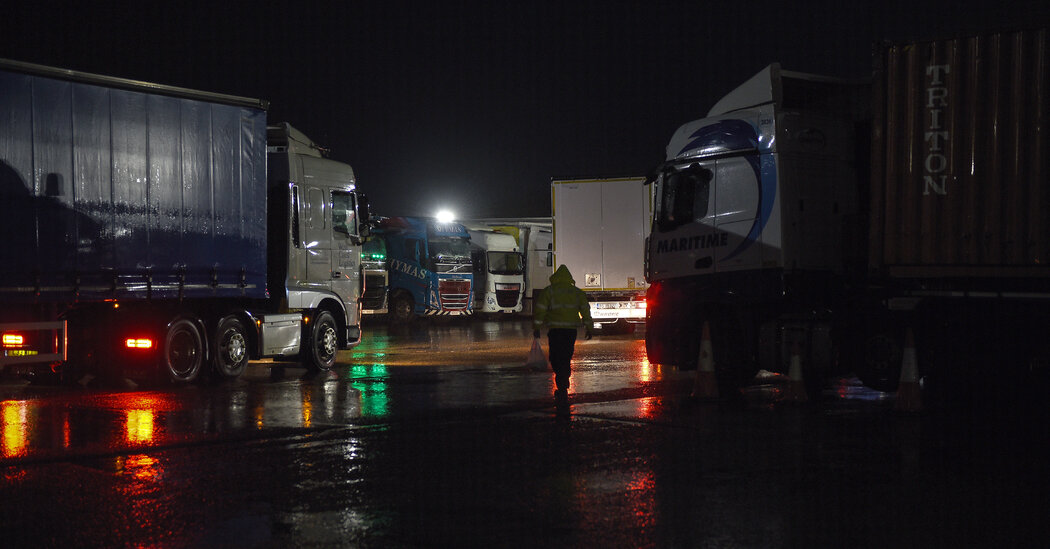 LONDON — For more than three decades David Carden drove across England’s Midlands, transporting tens of thousands of liters of fuel from holding tanks to service stations. The flammable liquid made it a dangerous job requiring skill and caution, but when he started the pay and the benefits were good, enabling him to support his young family.

Gradually the conditions worsened for drivers. The hours got longer, roadside facilities deteriorated and the benefits were cut.

“Eventually,” Mr. Carden said, “we lost an awful lot of what made the job worth doing.”

Now, as a critical shortage of truck drivers has caused gas pumps to run dry across the country and disrupted the lives of thousands, Britons and their leaders in Parliament are delivering a plaintive message: We need you.

The government is sending out a letter to nearly 1 million people who hold a license to drive a heavy goods vehicle, urging them back onto the road. And it is relaxing visa restrictions for thousands of foreign workers, in the hope of luring them into temporary work in Britain.

But the government might find few people taking them up on the offers. Mr. Carden, 57, was firm in his resolve: “There is no chance I would go back into that industry.”

His disenchantment underscores the steep challenges facing the industry. Tens of thousands of drivers from the European Union have left the country — in large part because Brexit made it clear they were not wanted — and prospective drivers couldn’t take their qualification tests for over a year because of the pandemic. Long dominated by men, the drivers industry has done little to add women to its ranks.

As a result, Britain has a shortage of up to 100,000 truck drivers, according to the Road Haulage Association.

For truck drivers who have long felt underappreciated and increasingly stressed by difficult work conditions, lower pay and neglected truck stops, the fact that employers are struggling to find workers wasn’t a surprise.

“People don’t think about lorry drivers until it all goes wrong,” said Robert Booth, 50, a driver from Dover on England’s southern coast.

And plenty has gone wrong this week: People waited in long lines to get gas and some stations put limits on how much they could fill their tank. Others simply couldn’t get to work because they didn’t have gas or because traffic had built up around the stations, clogging roads. Some businesses, such as taxis and private ambulances, scaled back their services.

The government put the army on standby, and on Thursday it said that some military personnel would begin helping to deliver fuel in the next few days.

The emergence of long-overlooked drivers as an essential cog in the nation’s economy is reminiscent of the first year of the pandemic. Workers who had been considered low-skilled and who were poorly paid — many of them migrants — captured the nation’s attention and gained newfound respect. Across Britain, people came out onto their doorsteps to clap for National Health Service workers. Supermarket assistants and public transport employees were no longer invisible, and featured on the front covers of publications like British Vogue.

Now, truck drivers are being heard, and recruited — so much so that Prime Minister Boris Johnson upended his post-Brexit immigration rules when he approved the issuance of five thousand temporary visas for foreign drivers until the end of the year.

But the industry warns it is probably too little too late as they wait for the details.

“On the one hand, it’s what we called on the government to do,” said Rod McKenzie, the managing director of policy at the Road Haulage Association, which has been lobbying for looser visa restrictions and twice as many temporary visas. “But three months is a really small period of time for people to give up an existing job. It will barely scratch the surface.”

Some drivers might be attracted back by higher pay and bonuses but there are no fast solutions to this problem which has been brewing for years. Brexit has turned away European Union drivers who can now find good pay and better roadside facilities on the continent, where driver shortages in countries like Poland and Germany are as bad or worse.

There is a huge backlog of driving tests in Britain, the training is expensive and the industry hasn’t succeeded in attracting a young work force. The average age of a trucker is about 50 and many of the government’s letters will go through the doors of people who have retired or moved into management positions, Mr. McKenzie said.

“They are not a pool of a hundred thousand people who will suddenly heed the call and return to arms,” Mr. McKenzie said. “We’ll get some of them, I hope. But there are no magic bullets here.”

Mr. Carden stopped driving a tanker truck about four years ago after that work was taken over by a large logistics company and there was more pressure to make deliveries faster. He now drives a van for a family business.

Amid stiff competition for qualified truck drivers, some tanker drivers have switched to decent paying jobs doing less hazardous deliveries. When Mr. Carden left he said many of his peers also quit around the same time.

“They’re thinking, ‘Why should I drive a 44,000-liter bomb around, when I can get the same money for delivering boxes of crisps into the supermarket?’” Mr. Carden said.

“The general public haven’t appreciated this industry and the government hasn’t either,” he added. “Drivers will spend nights away from home and the facilities that are offered to them are probably the poorest in Europe.”

The conditions at truck stops are frequently cited as a reason more people, especially women, don’t want to join the industry. Mr. Booth, the driver from Dover, is a so-called tramper — he picks up and drops off construction materials across long distances. He is typically on the road for five days at a time, and while the hours are grueling, he said he enjoys the sense of adventure. “Let’s be honest, we all still feel like an 8-year-old kid who wants to drive big trucks,” he said.

But the industry has neglected the realities of life on the road for drivers, he said. At the stops, there are often dirty showers, not enough toilets and a lack of security. It can be difficult to find decent meals. Mr. Booth has a Facebook page dedicated to documenting the healthy meals he cooks while on the road.

“The industry itself had taken for granted that we had a supply of cheaper labor from abroad,” he said.

Convincing European workers to return to Britain will be hard because drivers have been treated badly and discriminated against, said Tomasz Orynski, 41, who drives trucks part-time in Scotland. He moved to Britain from Poland in 2005 but intends to move back to the European Union soon.

“You are being told all the time how you’re a burden to this country,” he said, referring to Britain. “All while the salaries were stagnating for a decade or more. So what do you do? You pack up and go back to your country, which over all those years developed rapidly.”

Even if some drivers decide to take up the temporary visas in Britain, it’s unlikely they will be working for the full three months available because recruitment and relocation could take weeks. For the past seven years, Emil Gerasimov, the head of driving for Ideal Recruit, has brought in drivers from abroad, particularly from Romania, Bulgaria and Poland. The temporary visas are unlikely to provide much relief.

“Why would they leave a secure job in Europe to work here for three months?” he said.

Near London’s Heathrow Airport, Steve Bowles runs Roy Bowles Transport, which moves cargo. The company is named after his father who started the business in the 1950s. It has about 40 vehicles and moves goods only within a 50-mile radius of the airport, meaning some of the harder aspects of the job, such as long nights on the road, are avoided.

Like many businesses, Mr. Bowles has raised pay for his staff but said he still lacks the number of drivers he needs by about 20 percent. And the agency hiring costs have gone up “through the roof sideways,” he lamented.

“It’s very frustrating,” he said. “This is our busiest time of the year and it’s restricting that business.”

Mr. Bowles used to drive the trucks himself before he took over the management of the company with his sister. He, too, could soon be receiving a letter from the government asking him to return to driving. But at 67 with health challenges, he has no intention of getting back behind the wheel.

“I won’t go out driving,” he said. “If I can’t get the work covered with my drivers, what’s the point of me going out leaving the office unattended.” 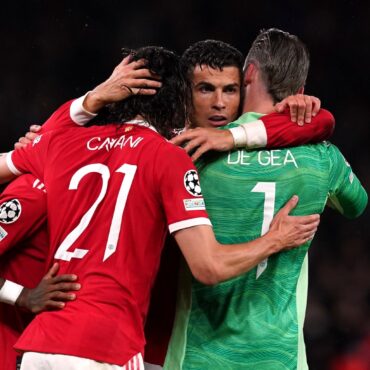 A disjointed United were staring down the barrel of a third straight home defeat in all competitions when Paco Alcacer deservedly put Villarreal ahead. Cristiano Ronaldo capped his record-breaking Champions League appearance by firing Manchester United to a stunning late comeback win against Europa League final foes Villarreal. Just four months on from the penalty shoot-out loss to Unai Emery’s side in Gdansk, the sides met again with the Red […]