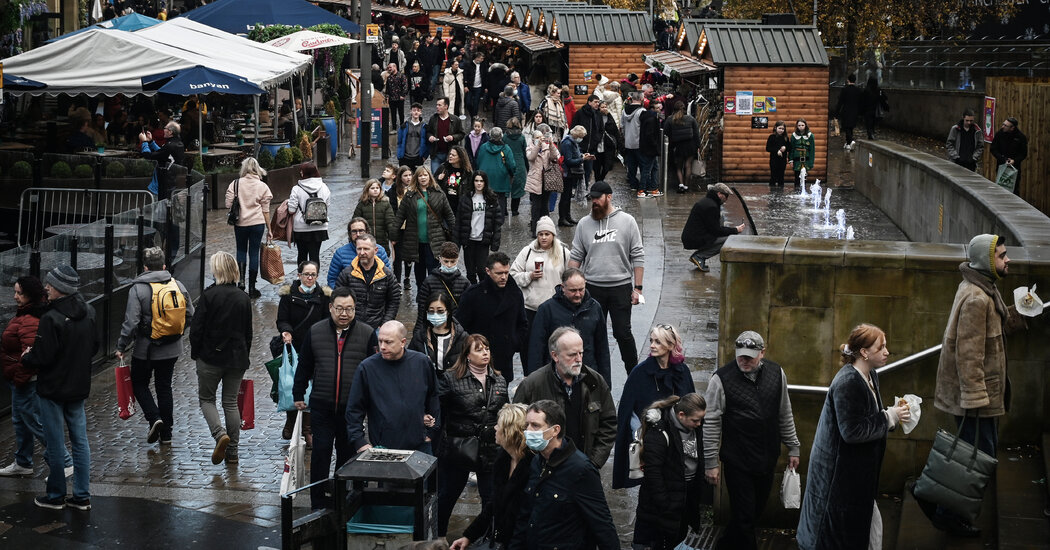 Five days before a Christmas that many hoped would mark a return to normal, governments across Europe were instead considering tougher rules to protect their health systems from another potentially devastating Covid wave.

In Britain, where new infections driven by the fast-spreading Omicron variant have reached their highest levels of the pandemic, Prime Minister Boris Johnson described an “extremely difficult” surge of hospitalizations in London and said he was “looking at all kinds of things to keep Omicron under control.”

In Germany, where more health workers are testing positive and I.C.U.s and emergency rooms are reaching capacity, government leaders were scheduled to meet on Tuesday to discuss imposing stricter curbs on gatherings.

And the Netherlands, which has less I.C.U. capacity than many wealthy European nations, has shut down all but essential businesses until the second week of January, even though new case totals have fallen from their late November peak.

Data: Researchers in Denmark, where 77 percent of people are fully vaccinated, found last week that Omicron cases were doubling every two days. With more than 9,000 new cases daily, the nation has one of the highest infection rates in the world.

In London, where cases are doubling every two days, the number of hospitalized Covid patients rose by 30 percent last week.

The U.S. and Britain have quietly dispatched cyberwarfare experts to Ukraine in hopes of better preparing for a possible next move by President Vladimir Putin of Russia: cyberattacks that take down critical components of Ukraine’s economy and government.

U.S. officials and experts say Moscow’s cybercampaign against Ukraine has stepped up over the past month even while public attention has been focused on the Russian troop buildup. They feel that the goal would be to make Ukraine’s president, Volodymyr Zelensky, look inept — and perhaps provide an excuse for an invasion.

Details: Officials said the U.S. was considering a larger deployment, but it is unclear how much good a bigger team could do. Ukraine’s grid was built in the days of the Soviet Union and upgraded with Russian parts, and the attackers are familiar with the system. “There’s too much to patch,” one American official said.

Peng made the comments to a Chinese-language newspaper in Singapore, but the move was unlikely to shut down global worries about her well-being and suspicions that Chinese officials pressured her to do so. Human rights advocates quickly voiced skepticism.

The Chinese authorities are likely to seize on her statement to the newspaper to push back against calls for a full investigation of her claims and to oppose the Women’s Tennis Association’s suspension of matches in China.

Details: In a post last month on Weibo, a Chinese social media platform, Peng described how, in one encounter with the official, she had “never consented.” She then abruptly dropped from public view. But in the comments published in the newspaper, she said, “I want to stress a very important point — I never said or wrote that anyone sexually assaulted me.”

In March 2020, a canceled N.B.A. game — the so-called Rudy Gobert game — was the moment that the pandemic became a reality for many Americans. Twenty-one months later, the sports world is again the face of an outbreak, this time as Omicron spreads.

Omicron is affecting other sports, too. The N.F.L. rescheduled three games this weekend to account for outbreaks. The Premier League in England called off most of its games this weekend. And the N.H.L. is postponing 21 games between today and Dec. 23.

For more: In The Times, Kurt Streeter argued that pro sports should take a vacation until at least February. 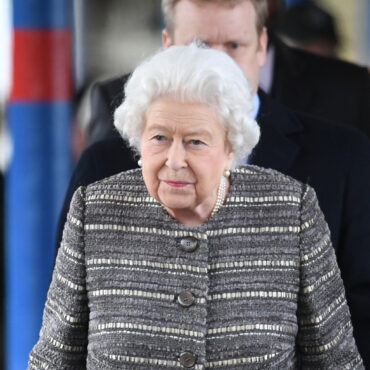 It comes after the Queen cancelled the traditional pre-Christmas lunch with her extended family, which had been scheduled for Tuesday The Queen has decided to celebrate her first Christmas since the death of her husband the Duke of Edinburgh at Windsor as a “precautionary” measure amid rising coronavirus cases. Rather than travel to Sandringham as usual, the Queen will remain at Windsor where she spent last Christmas with her husband […]