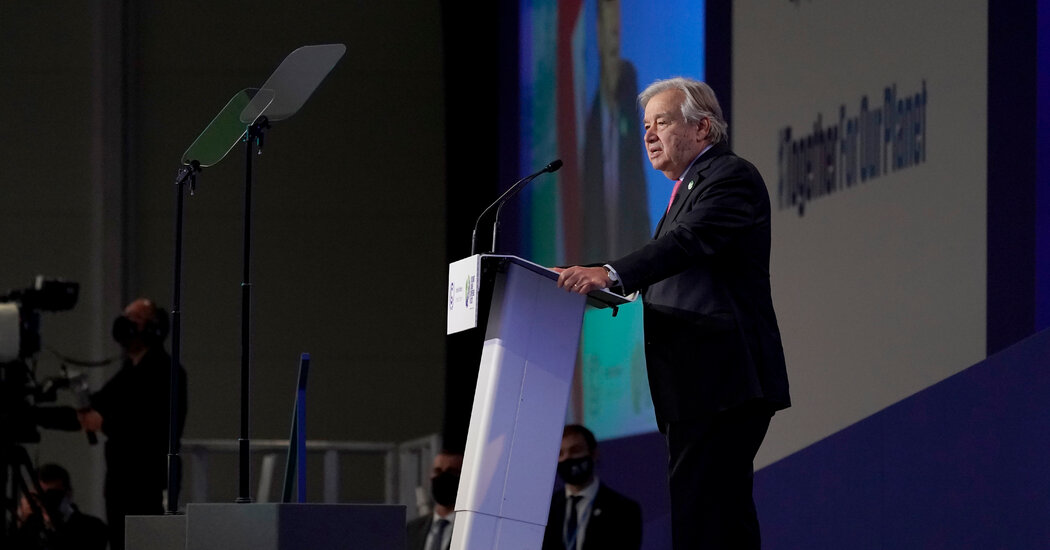 The United Nations secretary general, António Guterres, on Monday issued a blistering critique of the world’s failure to rein in global warming, calling on countries to return every year to review their climate targets — not every five years, as the Paris climate agreement spells out.

“Even if the recent pledges were clear and credible — and there are serious questions about some of them — we are still careening towards climate catastrophe,” he said at the opening ceremony of COP26, the U.N. climate summit in Glasgow.

“Our planet is talking to us,” Mr. Guterres said. “We must listen, and we must act.”

He was referring to analyses that have found that even if all countries meet their national targets to slow down emissions, the global average temperature is projected to rise 2.7 degrees Celsius by the end of this century compared with preindustrial times. That would put the world on a path to more intense heat, fires and flooding.

Scientists have concluded that the best way to avert the worst consequences of climate change is to limit temperature rise to 1.5 degrees Celsius.

Mr. Guterres’ call for yearly reviews is being pushed by a group of countries that are most vulnerable to climate change, but it is expected to face major pushback from many countries that will argue that it moves the goal posts of the 2015 Paris agreement.

Mr. Guterres said these annual reviews should be conducted until the world as a whole can meet the 1.5-degree target. And he also raised the bar with specific demands, including an end to subsidies for fossil fuels, a price on carbon dioxide emissions and a phasing out of coal.

There is no agreement among the world’s major polluters on any of that. Even as recently as Sunday, leaders of the Group of 20 wealthy nations — which produce 80 percent of the world’s emissions, led by the United States, China and European Union countries — emerged from a summit in Rome with an agreement only to end overseas funding for coal. 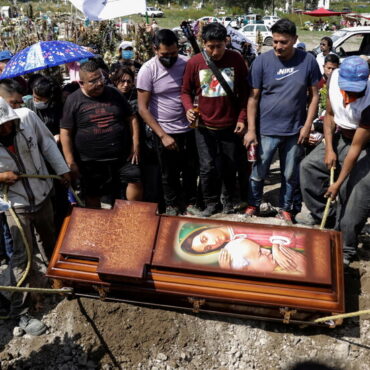 The coronavirus is responsible for more than five million confirmed deaths around the world as of Monday, according to data from the Center for Systems Science and Engineering at Johns Hopkins University. Such a loss would wipe out almost the entire population of Melbourne, Australia, or most of the nation of Singapore.Experts say that five million is an undercount. Many countries are unable to accurately record the number of people […]