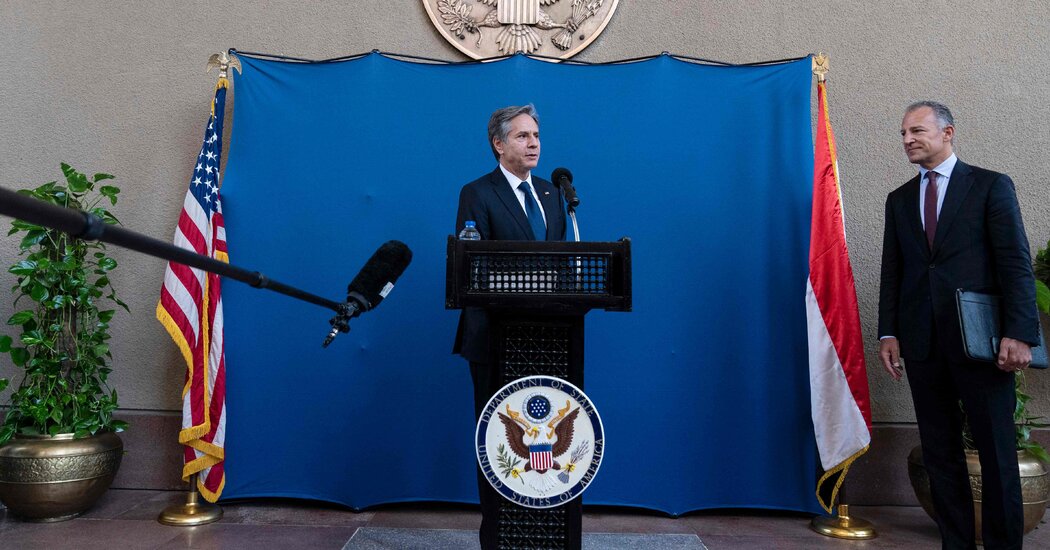 CAIRO — Within days of each other, the United States and Egypt announced moves this week that, for the first time in years, would put human rights on the agenda in Egypt, a country that has become notorious for jailing activists, targeting journalists and squashing free speech.

On Tuesday, the State Department notified Congress that it was withholding $130 million in military aid until Egypt meets specific human rights benchmarks. Biden administration officials said it was the first time that a secretary of state had refused to issue a formal national security waiver to provide the aid.

Three days earlier, President Abdel Fatah el-Sisi of Egypt announced a new human rights strategy, laying out a plan to protect human rights for the first time in his seven years in power, apparently in response to international pressure.

While the Biden move was incremental — blocking only $130 million out of the $1.3 billion in aid the United States gives Egypt each year — and any concrete effects of Mr. el-Sisi’s announcement remain to be seen, Egyptian rights advocates said the moves signaled progress after years of unchecked abuse by government authorities that has landed thousands in prisons, blocked hundreds of independent and opposition media websites, and brought accusations of extrajudicial killings by Egyptian security forces.

“Two or three years ago, the state dismissed the notion of human rights as absolute nonsense,” said Negad el-Borai, an Egyptian human rights lawyer who advised the government in drawing up the national human rights strategy. “Of course, no country is going to reshape its policy out of fear of losing $100 or $300 million, but at the end of the day Egypt does not want to be a rogue state and any improvement on human rights can help.”

The government’s rights strategy, outlined in a 78-page document, calls for legal reforms to protect civil and political rights and for training of state employees with the aim of instilling a sense of awareness and commitment to human rights within state institutions in the next five years.

“2022 is the year of civil society,” Mr. el-Sisi said Saturday in a televised address, emphasizing the need to protect civil rights and promote participation in political and public life.

The launch, attended by senior state officials and other pro-government politicians, was touted by the state media for days as a breakthrough toward building “a new republic.”

“This is new,” said Essam Shiha, head of the pro-government Egyptian Organization for Human Rights. “It is the first clear signal of what I imagine to be an opening for parties, syndicates and civil society groups since Sisi came to power.”

However, even as this step was celebrated by some as a sign of change, tens of thousands of political prisoners still languish, mostly forgotten, inside Egyptian prisons.

Just one day after the launch of the human rights strategy, Patrick Zaki, a researcher at the Egyptian Initiative for Personal Rights, was indicted on charges of spreading false news for publishing an article accusing the state of discriminating against Egypt’s Christian minority. He had already spent 19 months in pretrial detention.

“We are a very useful example of the disconnect between the document and the lived reality in this country,” the group’s director, Hossam Bahgat, said in an interview. Mr. Bahgat is also on trial, in his case for a tweet he posted last year about fraud in the 2020 Egyptian elections, and could face several years in prison.

Egyptian rights advocates said the strategy would have to be backed up by action.

The action by the Biden administration, too, was seen by critics as more symbolic than substantive.

The State Department said that the United States was holding back $130 million out of a $300 million aid package intended for counterterrorism, border security, and nonproliferation programs.

“Our bilateral relationship with Egypt will be stronger, and America’s interests will be better served, through continued U.S. engagement to advance our national security interests, including addressing our human rights concerns,” the department said.

But the gesture was a disappointment for rights groups that expected more.

“No more blank checks for Trump’s ‘favorite dictator,’” Mr. Biden had tweeted during his presidential campaign, assailing President Donald J. Trump for his financial support of Mr. el-Sisi. Mr. Trump also froze military aid to Egypt in 2017, but released it the following year.

After taking office, the Biden administration issued a statement promising to put “human rights at the center of U.S. foreign policy.”

In a joint statement on Tuesday, over a dozen Egyptian and international rights groups, including Amnesty International and Human Rights Watch, criticized Mr. Biden for falling short of his promise.

“This administration has repeatedly said it is putting human rights at the center of its foreign policy and specifically its relationship with Egypt,” the statement read. “The decision taken today, however, is a complete betrayal of these commitments.”

Questioned about the modest sum the administration was withholding, a State Department official said that $130 million was the maximum that could be withheld, although a spending bill passed by Congress states that up to $300 million could be withheld.

The administration was also notably vague about what it was asking Egypt to do. The State Department said the funds would be released “if Egypt takes specific actions related to human rights,” but did not say what those actions were.

“What I can say is that we have continued to, publicly and privately, raise at high levels our concerns about the human rights situation in Egypt, including freedom of expression, political association, and press freedom,” a spokesman, Ned Price, told reporters in Washington on Wednesday. “We have spoken very clearly, privately, with the Egyptians on all of these fronts.”

Analysts said Mr. Biden was trying to tread a fine line between making a point about human rights and supporting Egypt’s crucial role in providing stability in the Middle East.

“Biden is keen on presenting a different image from what was under Trump, who publicly admired dictators,” said Mustapha Kamel el-Sayyid, a professor of political science at the American University in Cairo. “At the same time, Biden is interested in the stability of Egypt since it plays an important role in reducing tension between the Israelis and the Palestinians and because of its role in fighting terrorism.”

Writing in Foreign Policy, Charles Dunne, a former American diplomat who served in Egypt, said: “Cairo’s role in brokering Middle East peace agreements, its cooperation in fighting terrorism, and its preferential treatment of U.S. warships and military aircraft transiting the Suez Canal and Egyptian airspace have always outweighed any concern about the authoritarian nature of Egypt’s government and its massive human rights abuses. Egypt’s role in ‘regional stability’ was all that mattered.”

Previous administrations have exercised a national security waiver allowing the government to provide military aid despite Egypt’s record of abuses.

An annual State Department report on Egypt’s human rights record, released in March, cited numerous examples of abuse by government security forces, including extrajudicial killings, abductions, torture, arbitrary detentions and inhumane prison conditions. It also found that free and political speech was inhibited, including by restricting the media, and that gay, lesbian, bisexual, transgender and intersex people were targeted with violence.

According to the Committee to Protect Journalists, Egypt has consistently ranked among the world’s top jailers of journalists since Mr. el-Sisi was elected president in 2014, coming third last year, behind only China and Turkey.

Human Rights Watch recently accused Egypt of carrying out what it called the “probable extrajudicial killings” of at least 14 people between 2015 and 2020. The group has previously documented another 20 such killings in Egypt’s counterterrorism campaign in the Sinai, where the military is battling Islamist militants.

It is the breadth of these violations, and how deeply they are woven into government policies, that has Egyptian rights activists skeptical of the government’s new strategy. 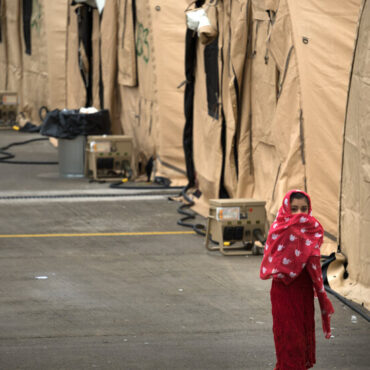 WASHINGTON — Weeks after their dramatic escape from Kabul, tens of thousands of Afghans hoping to be resettled in the United States remain on military bases across the country and overseas as medical and security screenings slow the process.A small but worrisome measles outbreak has contributed to the delays, causing a halt in evacuation flights as federal officials scramble to contain cases and inoculate new arrivals against the disease and […]