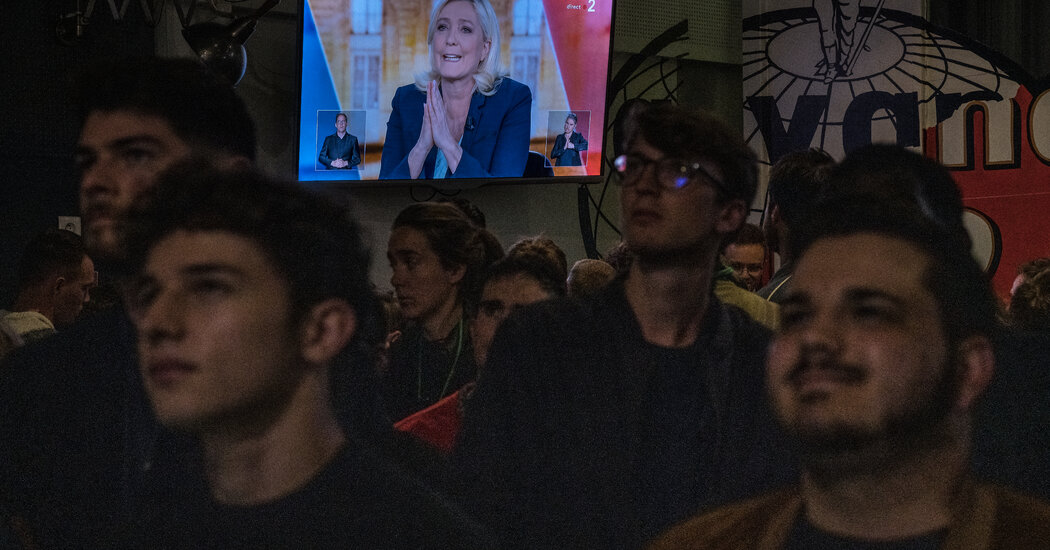 WASHINGTON — U.S. officials are anxiously watching the French presidential election, aware that the outcome of the vote on Sunday could scramble President Biden’s relations with Europe and reveal dangerous fissures in Western democracy.

President Emmanuel Macron of France has been a crucial partner as Mr. Biden has rebuilt relations with Europe, promoted democracy and forged a coalition in response to Russia’s invasion of Ukraine. But Mr. Macron is in a tight contest with Marine Le Pen, a far-right challenger.

Her victory could complicate Mr. Biden’s effort to isolate Russia and aid Ukraine. But the very real prospect of a nationalist leading France is also a reminder that the recent period of U.S.-European solidarity on political and security issues like Russia and democracy may be fragile. Poland and Hungary, both NATO members, have taken authoritarian turns. And Germany’s surprisingly strong response to Russia’s invasion of Ukraine is already drawing domestic criticism.

“To have a right-wing government come to power in France would be a political earthquake,” said Charles A. Kupchan, a professor at Georgetown who was the Europe director of the National Security Council during the Obama administration. “It would send a troubling signal about the overall political health of the Western world.”

He added: “This is a moment of quite remarkable European unity and resolve. But Le Pen’s election would certainly raise profound questions about the European project.”

Mr. Macron was unable to command more than a small plurality of support against several opponents in the first round of voting on April 10. Ms. Le Pen, who finished second, is his opponent in the runoff election on Sunday. Polls show Mr. Macron with a clear lead, but analysts say a Le Pen victory is completely plausible.

An immigration hard-liner and longtime leader of France’s populist right, Ms. Le Pen has campaigned mainly on domestic issues, including the rising cost of living. But her foreign policy views have unsettled U.S. officials. Last week, she renewed vows to scale back France’s leadership role in NATO and to pursue “a strategic rapprochement” with Russia after the war with Ukraine has concluded. Ms. Le Pen also expressed concern that sending arms to Ukraine risked drawing other nations into the war.

In a debate on Wednesday, Mr. Macron reminded voters that Ms. Le Pen’s party had taken a loan from a Russian bank. “You depend on Mr. Putin,” he told her.

Ms. Le Pen insisted she was “an absolutely and totally free woman” and said she sought foreign cash after French banks refused to lend to her. She also sought to deflect charges that she was sympathetic to Russia’s war aims, declaring her “absolute solidarity” with the Ukrainian people.

Ms. Le Pen has also pledged to curtail the influence of the European Union, which the Biden administration sees as a vital counterweight to Russia and China.

One senior U.S. official noted that France has a recent history of right-wing candidates striking fear into the political establishment before falling short. That was the case five years ago, when Mr. Macron defeated Ms. Le Pen in a runoff.

But recent elections in the West have been prone to upsets, and analysts warned against complacency in Washington, especially given the stakes for the United States.

One sign of how much the Biden administration values its partnership with Mr. Macron was the minor sense of crisis after France withdrew its ambassador to Washington in September after the disclosure of a new initiative between the United States and Britain to supply Australia with nuclear submarines.

Mr. Macron’s government blamed the Biden administration for the loss of a lucrative submarine contract it had with Australia and was especially angry to learn about the arrangement through a leak to the news media. Biden officials expressed profuse support for France in a flurry of meetings and phone calls, and Mr. Biden called the episode clumsy. France was an “extremely, extremely valued” U.S. partner, he said.

If Ms. Le Pen were to win, Mr. Biden’s national security team would be forced to reassess that relationship.

What to Know About France’s Presidential Election

The far-right veteran. Ms. Le Pen, a nationalist with an anti-immigrant agenda, is making her third attempt to become president of France and is facing Mr. Macron for a second time after losing to him in the 2017 runoff. Though she has sought to sanitize her image, her proposal to ban Muslim women from wearing head scarves is controversial.

What comes next? At 8 p.m. in France on April 24, the French news media will work with pollsters to publish projected results based on preliminary vote counts, though projections might not become clear until later if the race is close. Read more about the runoff here.

The most pressing question would be the status of economic sanctions against Russia, in which the European Union plays a crucial role. During the debate on Wednesday, Ms. Le Pen said she supported sanctions against Russia’s financial system and oligarchs but opposed banning imports of Russian oil and gas, saying that the French people should not have to suffer.

“I don’t imagine Marine Le Pen going to see Vladimir Putin two weeks after getting elected and talking about a great reset in relations,” said Martin Quencez, the deputy director of the Paris office of the German Marshall Fund.

“Rather, it would be more like Le Pen, as president, making it more difficult for the E.U. and the U.S. to agree on a new posture — a new package of sanctions, and to agree within NATO on what we need to do on the eastern flank,” he added.

For the Biden team, the fallout from a Le Pen victory would extend well beyond policies toward Russia and deal a blow to his project of bolstering democracy against authoritarianism worldwide, said Daniel Baer, the acting director of the Europe program at the Carnegie Endowment for International Peace.

“Biden sees this moment as a contest between democracy and autocracy,” he said. “Over the longer term, certainly having one of the world’s most revered, advanced democracies elect an illiberal person would be a setback for the cause of democracy writ large.”

Mr. Kupchan noted that the vigorous European response to Russia’s invasion of Ukraine had papered over simmering concerns in Washington about autocracy in countries like Poland and Hungary, whose right-wing prime minister, Viktor Orban, was comfortably re-elected last month.

“Everything we were worried about before Feb. 24,” the date of the Russian invasion, “is still lurking beneath the surface,” Mr. Kupchan said. “And if Le Pen did win, it would mean that illiberalism — the politics of racism, of protectionism, would be on the surface.”

He added: “In some ways, all the domestic trials and tribulations are in suspended animation. But they’re still with us. And the French election shines a bright light on that.” 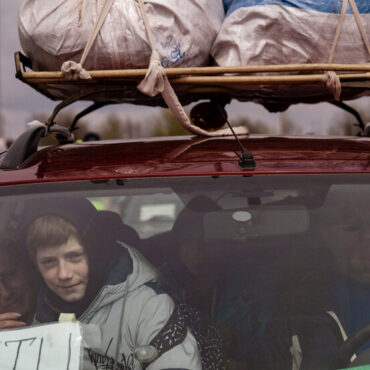 Good morning. We’re covering Vladimir Putin’s statements on Mariupol, a flurry of strikes between Israel and Gaza and a landmark ruling on gay sex in South Korea.Putin steps back, but claims victoryPresident Vladimir Putin of Russia said it was “impractical” for Russian forces to attack the steel factory in Mariupol where Ukrainian forces and roughly 1,000 civilians are stuck in bunkers. Instead, Putin ordered a complete blockade.In so doing, he […]