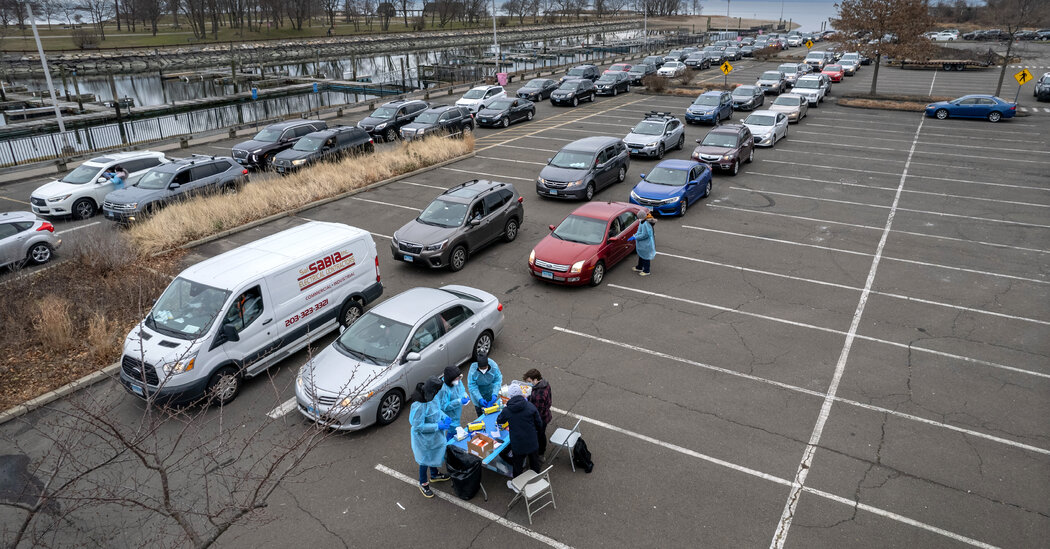 A sizable number of patients remain infected with the deadlier Delta variant. On Tuesday, the C.D.C. reported that Omicron cases made up a significantly lower percentage of the overall U.S. caseload than was expected, at roughly 59 percent. And for the week ending Dec. 18, the agency revised down its estimate of 73 percent to about 23 percent, meaning Delta remained dominant until this week.

New C.D.C. guidelines Hoping to prevent further disruptions to daily life, the C.D.C. reduced the period that certain infected Americans must sequester to five days from 10. This change applies only to those without symptoms, or those without fevers whose other symptoms are improving.

Omicron is undoubtedly becoming the dominant variant, and that could be good news: A new laboratory study carried out by South African scientists showed that people who had recovered from an infection with the variant might be able to fend off later infections from Delta.

Records are also being broken in Europe, but so far, the leaders of Britain, France, Spain and some other countries have resisted imposing harsh new restrictions amid calls from some who argue that it is time to accept that the virus is endemic and that countries should move away from lockdowns. These nations, confronted with Covid fatigue, are betting for now that high vaccine and booster coverage, along with earlier restrictions still in place, will be enough to keep the coronavirus manageable.

The United States has also taken a similar path, as President Biden has repeatedly said that the era of lockdowns is over and promised to increase testing, double down on vaccination campaigns and prop up hospitals. But public health experts have warned that the measures will not be sufficient to prevent soaring infections and hospitalizations over the next few weeks. And demand for tests has exploded while manufacturers are scrambling to increase production and distribution.

Testing is central to New York City’s plan to keep the largest U.S. school district open in the new year. The city announced on Tuesday that it would eliminate its policy of quarantining entire classrooms exposed to the coronavirus, and would instead use a ramped-up testing program to allow students who test negative and do not have symptoms to remain in school.

“D.C. is a marker for what we’re likely to see in much of the rest of the country,” said Neil J. Sehgal, an assistant professor of health policy at the University of Maryland’s School of Public Health. “A tidal wave in Omicron cases is likely to flood much of the country in the next month.” 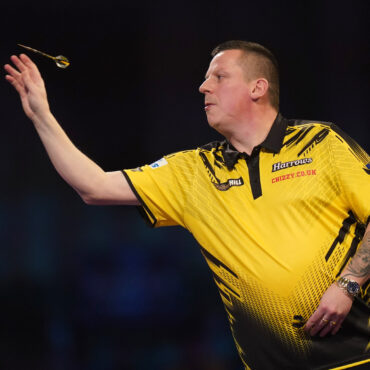 He tested positive for Covid-19 ahead of his match with Luke Humphries The World Darts Championship has been further hit by coronavirus after Dave Chisnall became the latest player to withdraw. The world number 14 pulled out after testing positive, following Michael Van Gerwen and Vincent Van Der Voort out of the competition prematurely. Chisnall was due to play Luke Humphries in the last-32 on Wednesday, with Humphries now receiving […]