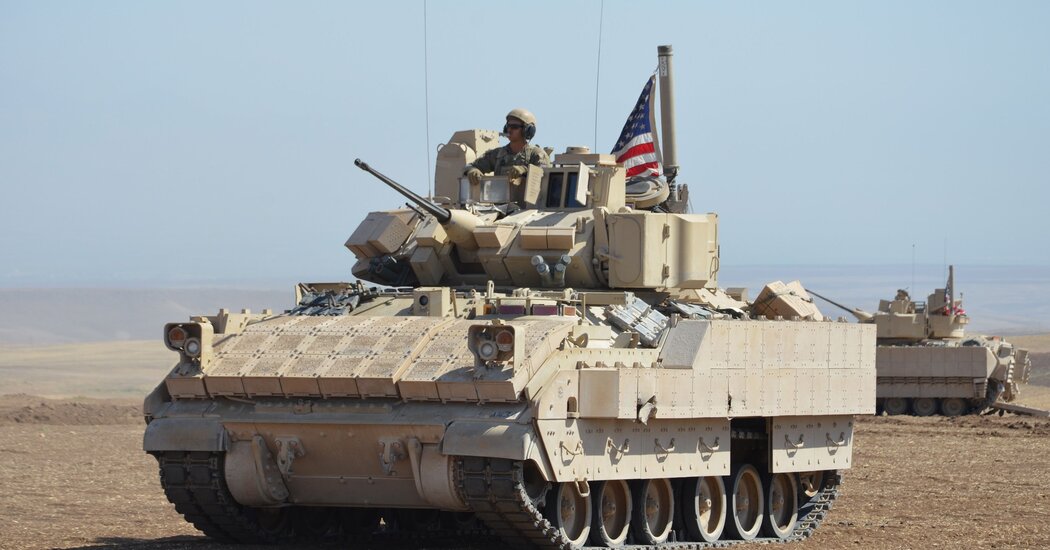 U.S. Special Operations forces dropped from helicopters in northeast Syria and killed a senior Islamic State official on Thursday in a rare operation inside Syrian government territory, according to American and Syrian Kurdish security officials.

The American commandos killed Rakkan Wahid al-Shammari, who facilitated the smuggling of weapons and fighters to support ISIS operations, the Pentagon’s Central Command said in a statement.

“U.S. CENTCOM is committed to our allies and partners in the enduring defeat of ISIS,” said Col. Joe Buccino, a command spokesman.

A Kurdish security official, who spoke on the condition of anonymity because he was not authorized to speak publicly, said airborne troops landed near a village outside of the city of Qamishli before dawn on Thursday.

Syrian state television said that “U.S. occupier forces” carried out an air assault with the support of Syrian Kurdish forces and that one civilian was killed and others were kidnapped.

The independent North Press Agency in northeastern Syria said the raid took place in the countryside in Syrian regime territory near Qamishli. Control of the city is split between the Syrian government and U.S.-allied Kurdish Syrian opposition forces.

The Syrian Observatory for Human Rights said U.S. forces raided a private home, killing a man living there and arresting family members. The group’s director, Rami Abdulrahman, said that following the airdrop, paramilitary fighters allied with the Syrian government opened fire at U.S. forces, who fired back, wounding several of the fighters.

The Syrian television channel Syria24 said residents of the village, Milouk Saraya, were warned through loudspeakers to remain in their homes with the lights off. It said a man suspected of being an ISIS leader, known locally as Abu Hayal, had moved to an abandoned house near the village several years ago.

Charles Lister, the director of the Washington-based Middle East Institute’s Syria and Countering Terrorism and Extremism Programs, said the airborne assault was the first known U.S. counterterrorism operation in territory controlled by the Syrian government since 2008 and took place about 10 miles south of a Syrian airfield where Russian troops are located, Mr. Lister said. Russia is a Syrian government ally and has troops operating in the same areas as U.S. forces in Kurdish-controlled northeastern Syria.

It was unclear if the United States used a special hotline to alert the Russians before the nighttime raid. In previous U.S. operations in the country’s northwest, military officials have used the hotline to give Russians advance warning of an imminent American counterterrorism mission to avoid any accidental exchange between the two rival militaries.

“We will conduct operations where we need to if there is a threat against U.S. personnel, our allies or partners or our interests,” Brig. Gen. Patrick Ryder, the Pentagon press secretary, told reporters on Thursday.

The Syrian Kurdish forces arrested some 300 ISIS operatives living among the camp’s 60,000 detainees — family members of ISIS fighters held there since the fall of ISIS’s religious state in 2019 — seized more than 50 pounds of explosives, and removed ISIS supplies, Central Command said in a statement last month.

Some analysts suggested that Thursday’s raid stemmed largely from information obtained through interrogating ISIS operatives who were arrested.

American commandos have conducted other commando raids against ISIS in Syria. A risky predawn raid in northwest Syria in early February by Special Operations forces resulted in the death of the Islamic State’s overall leader, Abu Ibrahim al-Hashimi al-Qurayshi.

The two-hour assault by helicopter-borne commandos came days after the end of the largest U.S. combat involvement with the Islamic State since the end of its caliphate. American forces backed its Kurdish-led partner in northeastern Syria, the Syrian Democratic Forces, as they fought for more than a week to oust Islamic State fighters from a prison they had occupied in the city of Hasaka. 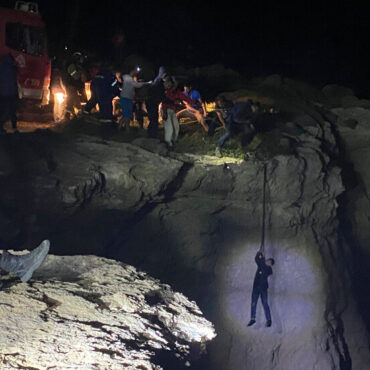