U.S. Is Falling to Lowest Vaccination Rate of G7 Nations 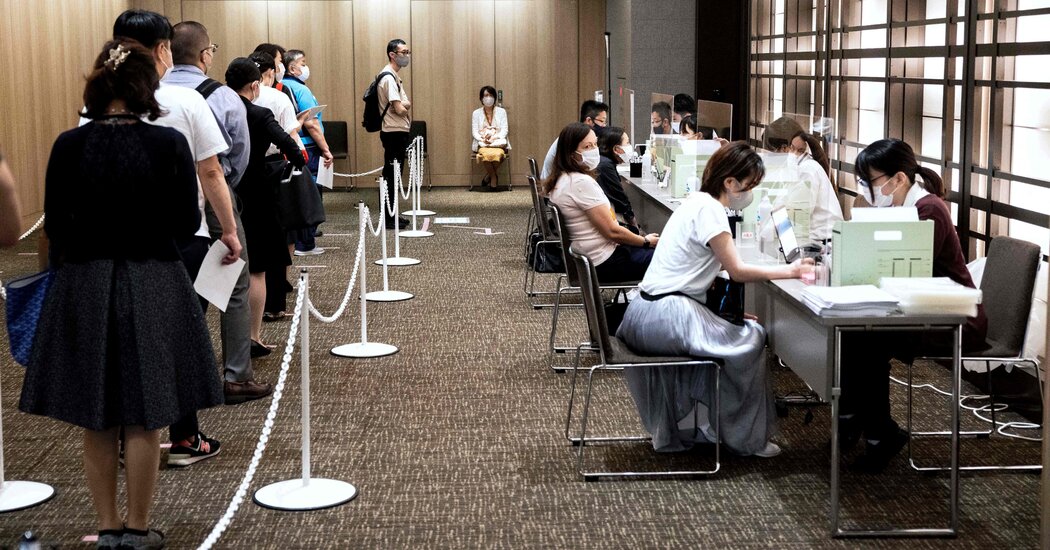 Japan initially struggled to get its Covid-19 vaccination program into full gear, but now that it has, the percentage of its population that has received at least one dose has edged past the level achieved in the United States — leaving Americans last for that category among the world’s seven wealthiest large democracies.

The turning point came on Thursday, when Our World in Data, a project by the University of Oxford in England, reported that 62.16 percent of Japanese people were at least partially vaccinated, compared to 61.94 percent of Americans.

Between July 24 and Sept. 9, the full vaccination rate in the United States grew by around 4 percent, while in the same period Japan lifted its level by 25 percent, a jump that doubled the size of its fully vaccinated population. Using doses made by Pfizer, Moderna and AstraZeneca, Japan is administering more than a million vaccine doses per day, some 300,000 above the U.S. average, even though the U.S. population is more than 2.6 times the size of Japan’s.

In Japan, new cases have fallen sharply from a peak of 23,083 on Aug. 25 to 11,347 on Friday, though Japan did confront a dramatic rise in new cases in July and August, coinciding with the Olympics. In the United States, cases spiked starting in early July.

Canada leads the G7 countries in vaccination rates, with almost three-quarters of its population at least partially vaccinated as of Thursday, according to Our World in Data. France, Italy and Britain follow, with percentages between 70 and 73. Germany’s rate is just ahead of Japan’s, at around 65 percent.

The U.S. vaccination curve has leveled dramatically since an initial surge in the first half of this year, when the vaccine first became widely available. In a push to vaccinate the roughly 80 million Americans who are eligible for shots but have not gotten them, President Biden on Thursday mandated that two-thirds of American workers, including health care workers and the vast majority of federal employees, be vaccinated against the coronavirus. 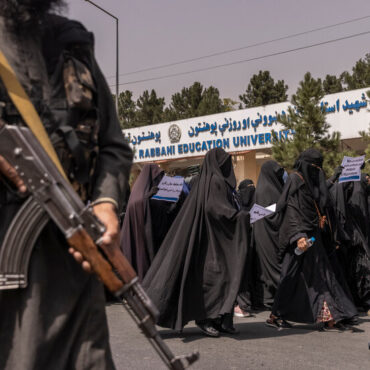 At Pro-Taliban Protest, a Symbol of America’s Lost Influence: Hundreds Dressed in Burqas

Hundreds of women, many wearing full-length burqas, their faces veiled, filled the auditorium of a Kabul university on Saturday holding signs — many of them in English — in support of the Taliban and its strict interpretation of Islam, including separate education for men and women.The Taliban said the demonstration at Shaheed Rabbani Education University, which followed anti-Taliban protests last week by Afghan women demanding equal rights, was organized by […]