U.S.-Venezuela Tensions Heat Up Again After Extradition of Maduro Ally 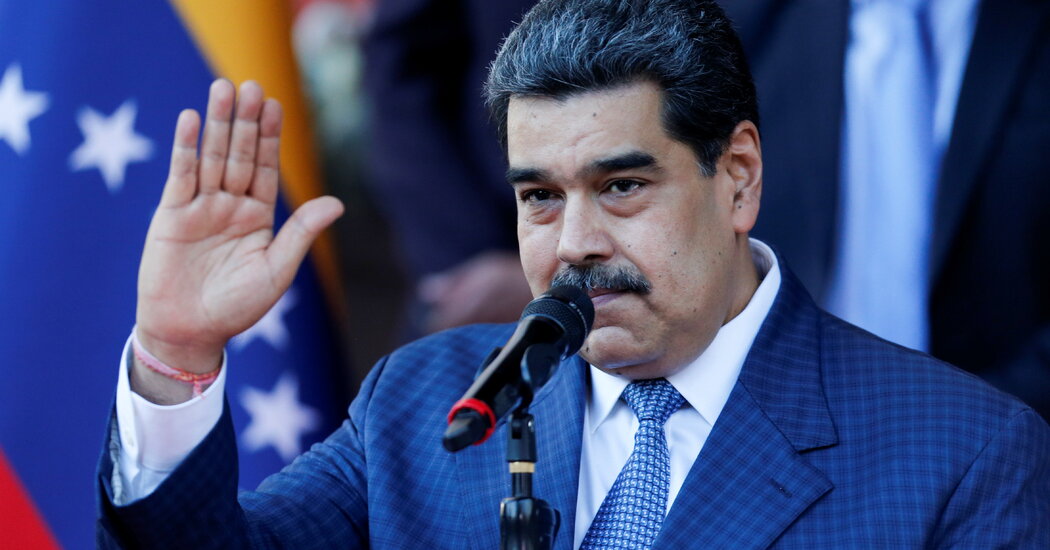 WASHINGTON — Just months ago, the rocky relationship between the United States and Venezuela seemed to be taking a turn for the better.

President Biden had eased a pressure campaign started by the Trump administration, dropping threats of ousting President Nicolás Maduro with military power. New negotiations between Mr. Maduro and his political opponents raised hopes of a breakthrough. European officials were considering rescinding some financial sanctions against Venezuela if local elections across the country scheduled for November turned out to be free and fair.

Then on Saturday, Alex Saab, a close adviser to Mr. Maduro, was extradited to the United States on charges of money laundering and links to Hezbollah, and the window of opportunity for a political resolution slammed shut — at least for now.

Mr. Maduro immediately called off the negotiations and detained six U.S. oil executives, derailing any glimmer of rapprochement as Venezuela’s economy crumbles and its people suffer from rampant violence, poverty and disease.

On Tuesday, Secretary of State Antony J. Blinken noted that the criminal case against Mr. Saab had been continuing for more than a decade and was not linked to the push for rapprochement among Venezuela’s political factions.

“It’s deeply unfortunate that the Maduro regime pulled out of the talks in Mexico,” Mr. Blinken told reporters in Quito, Ecuador, where he was discussing Venezuela and other regional and security issues on his first visit to South America as secretary of state.

“But I think it’s also indicative, unfortunately, of Mr. Maduro putting self-interests ahead of the interests of the Venezuelan people,” Mr. Blinken said.

Protecting democracy and countering corruption are two cornerstones of Mr. Biden’s foreign agenda, and State Department officials said he was particularly concerned about threats to both in Latin America as authoritarian leaders encroach on countries in the United States’ backyard. Mr. Blinken will also travel this week to Colombia, which, like Ecuador, has struggled with government oppression or otherwise using heavy-handed tactics against its citizens.

Officials said Mr. Blinken was not expected to focus on Mr. Maduro, nor on other strongmen in Cuba and Nicaragua, during a speech on Wednesday to promote human rights and civil liberties in the region.

But the timing of his travels, on the heels of Mr. Saab’s court appearance on Monday in Miami, will send an unmistakable message about the limits of the United States’ patience with Mr. Maduro’s government.

Mr. Maduro, however, has proved resilient.

He has withstood U.S. sanctions on his personal assets and those of at least 160 of his allies since January 2019, according to the Congressional Research Service. More than 1,000 people in his government have been denied travel to the United States. And the Trump administration imposed an economic embargo against Venezuela, starving it of what John R. Bolton, the former White House national security adviser, estimated would be $11 billion in oil export revenues in a single year.

With the help of China, Russia and Cuba, Mr. Maduro’s grip on power appears as strong as ever, and his government said on Monday that it would sign a 20-year economic pact with Iran.

At the same time, some Latin American and Caribbean states have backed away from a diplomatic coalition known as the Lima Group, which opposed Mr. Maduro’s declaration of victory in widely disputed presidential elections in 2018.

Argentina resigned from the Lima Group in March, followed by St. Lucia in August, while Peru and Mexico have either criticized the alliance or refused to participate. Top Mexican officials even gave Mr. Maduro a warm welcome last month when he attended a conference of regional states in Mexico City.

The political negotiations, also held in Mexico City, were viewed as a possible path toward a resolution. Diplomats from two Latin American countries said Mr. Maduro agreed to participate in hopes the talks would lead to the lifting of some American or European sanctions and alleviate Venezuela’s financial crunch.

In return, foreign diplomats demanded that Mr. Maduro ensure local elections set for Nov. 21 would be freer from government interference than in the past — and commit to an even more open and inclusive presidential election in the coming years.

European Union officials dispatched to Venezuela to monitor the Nov. 21 vote will judge its validity “as much as we can,” said Josep Borrell Fontelles, the E.U.’s foreign policy chief.

Mr. Borrell, speaking to a small group of reporters in Washington last week, also said that the elections would not be tied to sanctions relief but that Mr. Maduro’s government had given assurances that the European monitors would have access to the polls and would be allowed to report their findings without being censured.

American officials have viewed the vote with far more skepticism.

Assistant Secretary of State Brian A. Nichols, who oversees U.S. policy for the Western Hemisphere, said several issues, including the disqualification and detention of some candidates and limits on the news media, were among the opposition’s challenges to competing “on a level playing field.”

“So those factors need to be taken into account — not just what happens on Election Day,” Mr. Nichols said on Monday.

The United States still views Juan Guaidó, the former head of Venezuela’s National Assembly who attended President Donald J. Trump’s last State of the Union speech in 2020, as Venezuela’s interim leader. Early this year, the European Union said it did not.

A group of opposition parties that he leads, called the Unitary Platform, decided in August to break a three-year boycott of elections organized by Mr. Maduro and participate in the November vote. At the time, the group said the decision was difficult but motivated by an “urgency to find permanent solutions.”

The group hoped that relatively high voter turnout for opposition candidates would show Mr. Maduro’s weakness and mobilize citizens, even if those candidates do not win many governor’s races.

Yet in an interview on Thursday, Mr. Guaidó said he had such little faith in the legitimacy of the November vote that he would not be going to the polls, noting that some political parties continue to be illegal, many voters have had their registrations deactivated, and many of Mr. Maduro’s opponents have been imprisoned and tortured by his government.

“For us, to call them ‘elections’ ahead of time would be an error,” Mr. Guaidó said.

Still, he and his allies continue to throw at least some support behind the election, which he called November’s “event,” and said it remained an opportunity to “mobilize our people” and “prepare ourselves for the possibility of an election in which Maduro leaves.”

In Venezuela, the big question is who will win the majority of votes in November: Mr. Maduro or the fractured opposition.

If the opposition has a major showing, Mr. Maduro might not return to the negotiating table in Mexico, said Igor Cuotto, a Venezuelan expert in political conflict resolution.

But if Mr. Maduro wins big, he might try to return to the talks and push for an end to sanctions, this time claiming to have an even stronger hand, Mr. Cuotto added.

Even so, Mr. Borrell signaled that he did not expect the Nov. 21 vote to be without irregularities.

“Certainly the political system in Venezuela is the way it is,” he said. “The elections will not be as it were in Switzerland.” 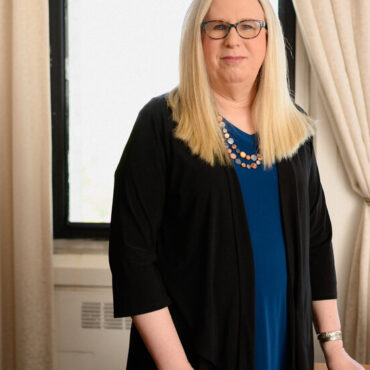 Dr. Rachel Levine, who has helped lead the nation’s coronavirus response as President Biden’s assistant secretary for health and made history as the first openly transgender federal official confirmed by the Senate, has a new title: admiral.The Department of Health and Human Services announced Tuesday morning that Dr. Levine has been sworn in as a four-star admiral in the U.S. Public Health Service Commissioned Corps, which she already leads in […]