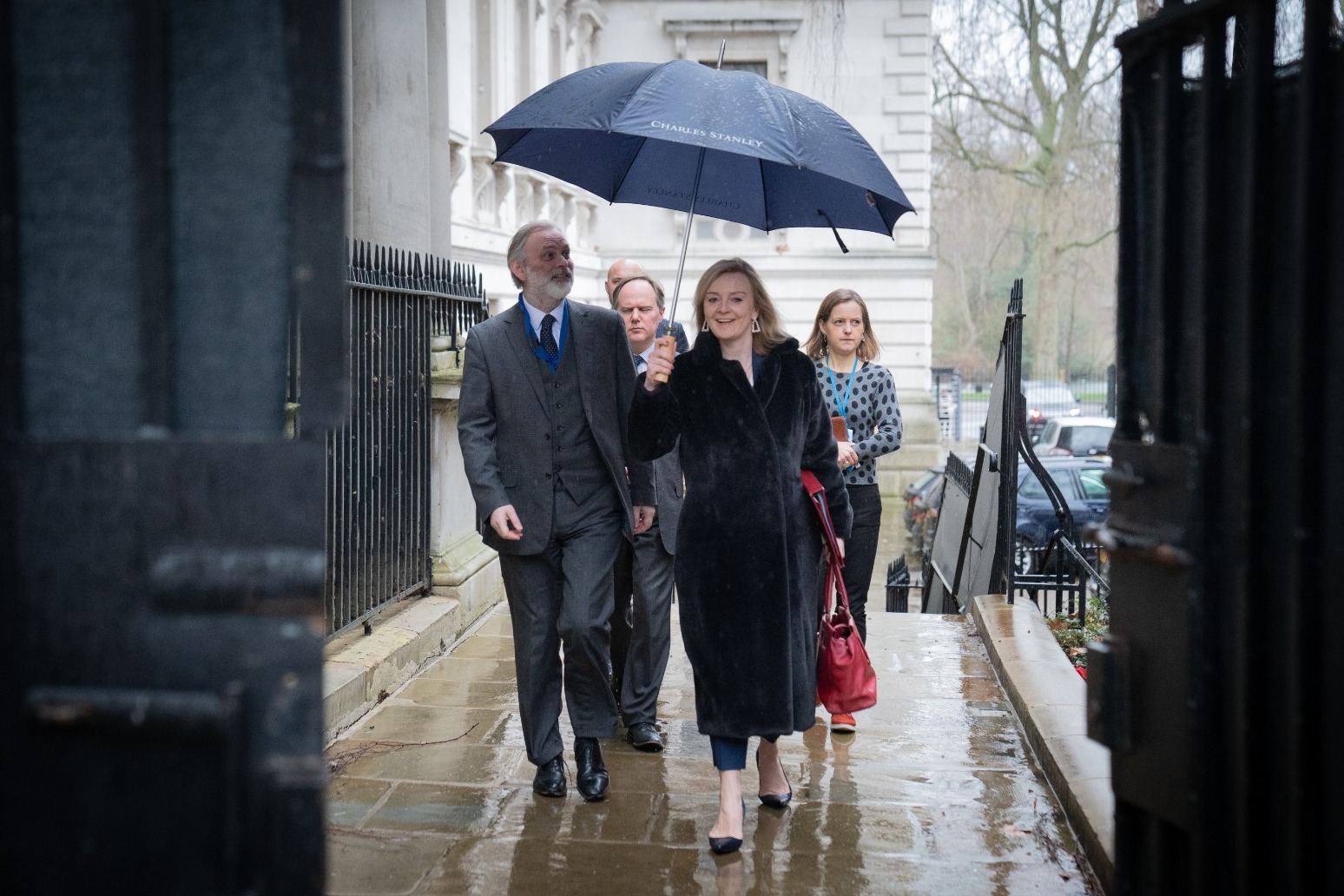 “Invasion could be within hours and days”

The UK’s ambassador to the UN has urged Russia to “step back” from invading Ukraine as the Prime Minister prepared to chair a Cobra meeting on Tuesday morning to discuss the latest developments.

Dame Barbara Woodward told an emergency meeting of the UN Security Council that Russia has “brought us to the brink”, warning that the country’s actions “will have severe and far-reaching consequences”.

The Cobra meeting, which is scheduled to take place at 6.30am, will be used to “coordinate the UK response”, including agreeing a “significant package of sanctions to be introduced immediately”, according to a Downing Street spokesperson.

Boris Johnson told Ukrainian president Volodymyr Zelenskyy that he believes a Russian invasion is “a real possibility in the coming hours and days”, No 10 said.

It comes after Foreign Secretary Liz Truss said the UK will announce new sanctions against Russia on Tuesday “in response to their breach of international law and attack on Ukraine’s sovereignty and territorial integrity”.

Speaking at the late-night meeting, Dame Barbara said an invasion “unleashes the forces of war, death and destruction on the people of Ukraine.

“The humanitarian impact will be terrible on civilians fleeing the fighting. We know that women and children will suffer most.”

She said the Security Council must be united in calling on Russia to “de-escalate immediately”, as well as “condemning aggression against a sovereign nation and defending the territorial integrity of Ukraine”.

“Russia has brought us to the brink,” she said. “We urge Russia to step back.”

According to reports, the peacekeeping operation is in two regions which the Russian president earlier said he would recognise as breakaway republics.

Mr Johnson had said the decision from Mr Putin to recognise Donetsk and Luhansk was an “ill omen” and a flagrant breach of international law.

A No 10 spokesperson said on Monday evening: “The Prime Minister will chair a COBR at 0630 tomorrow morning to discuss the latest developments in Ukraine and to coordinate the UK response including agreeing a significant package of sanctions to be introduced immediately.”

Meanwhile, Downing Street said Mr Johnson outlined his “grave concern at recent developments in the region” in a call with the Ukrainian president.

“Prime Minister Boris Johnson spoke to Ukrainian President Volodymyr Zelenskyy this evening to discuss the deteriorating situation in and around Ukraine,” they said.

“Outlining his grave concern at recent developments in the region, the Prime Minister told President Zelenskyy that he believed an invasion was a real possibility in the coming hours and days.

“The Prime Minister strongly condemned the Kremlin’s decision today to recognise Luhansk and Donetsk as independent states, and said the move made the Minsk agreements and process unworkable.

“He added that the UK was already engaging with partners on the issue and said the UK would raise it at the United Nations Security Council and Organisation for Security and Co-operation in Europe in the coming days.”

Downing Street also said Mr Johnson told President Zelenskyy that he would “explore sending further defensive support to Ukraine” at the request of the country’s government.

“He told President Zelenskyy that the UK had already drawn up sanctions to target those complicit in the violation of Ukraine’s territorial integrity, and that those measures would come into force tomorrow,” the spokesperson added.

“The Prime Minister also said he would explore sending further defensive support to Ukraine, at the request of the Ukrainian government.

“The leaders agreed that the West needed to support Ukraine in the event of an invasion, but should continue to pursue a diplomatic solution until the last possible second.

“Regardless of President Putin’s actions, the UK would be steadfast in its full support of Ukraine’s sovereignty and territorial integrity, the Prime Minister said.”

Later, President Zelenskyy told his nation “we are not afraid of anyone” after Russia recognised the independence of separatist regions.

Ms Truss tweeted about the new sanctions from the UK on Monday evening after saying Mr Putin’s actions could not be allowed to go “unpunished”.

“Tomorrow we will be announcing new sanctions on Russia in response to their breach of international law and attack on Ukraine’s sovereignty and territorial integrity,” she said.

The Foreign Secretary went on to say on Twitter that she spoke to Josep Borrell, the EU’s high representative for foreign affairs, following “Russia’s latest assault on Ukrainian sovereignty”.

“We agreed (the UK) and (the EU) will coordinate to deliver swift sanctions against Putin’s regime and stand shoulder-to-shoulder with Ukraine,” she said.

In addition, Ms Truss said she spoke to the Ukrainian foreign minister, Dmytro Kuleba, to give her “full support to Ukraine”, adding that the pair “discussed the sanctions (the) UK will be imposing on Russia together with our allies”.

“We will co-ordinate our response with allies,” she said.

“We will not allow Russia’s violation of its international commitments to go unpunished.”

The European Union also announced it would impose sanctions in response to Russia’s recognition of the two states.

Nato secretary general Jens Stoltenberg said: “This further undermines Ukraine’s sovereignty and territorial integrity, erodes efforts towards a resolution of the conflict, and violates the Minsk Agreements, to which Russia is a party.”

Emily Ferris, a research fellow specialising in Russia and Eurasia at the Royal United Services Institute (RUSI) defence and security think tank, told the PA news agency: “The troops are likely moving to Donetsk and Luhansk to consolidate Russia’s control over the region and assist in formalising the decision taken earlier by the Russian security council to recognise the republics as ‘independent’ statelets.

“While it’s not clear yet what Putin has decided to do, some senior Kremlin officials have voiced sentiments that Putin might not push the border of the conflict further into the rest of Ukraine.

“Certainly Putin’s address was starkly different to his usually much more controlled public persona, and the tone of his speech was decidedly dark.” 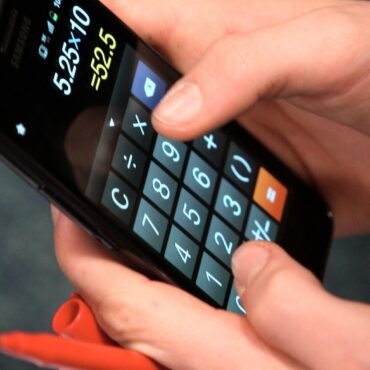 Some people avoid jobs using numbers Four in 10 (40%) people do not feel confident about using numbers in their everyday lives, a survey has found. And one in five (20%) would avoid jobs that involve using numbers often, according to the research published by the Association of British Insurers (ABI). More than a third (37%) said that having easier access to online numeracy tools would help them, and a […]